Most of you are probably aware that over the past couple weeks, there has been a vigorous and often rude public debate regarding a proposal to operate commercial bike tours of the East Coast Trail (ECT). Sacred Rides, a commercial tourism operation that sells bike tours across the world, is lobbying to operate their business on the ECT. The ECT Association (ECTA) has publicly opposed the idea. Supporters of both sides have taken to the airwaves and social media to vent, their comments sometimes consisting of little but vitriol.

I recently wrote a glowing ode to the ECT – I’m a big fan. I ended the piece with a call to recognize the volunteers who build and maintain the trail. Without question, their efforts were a labour of love. Now, to be frank, I haven’t decided if I fully oppose the use of mountain bikes on the ECT, although I’m leaning against it. I certainly believe that there are sections of the trail where it would be unsafe to have both hikers and bikers. But, this column is not about the right or wrong of the business proposal. Instead, I believe that the bike proponents and the provincial government have shown a clear lack of respect to the ECTA. Furthermore, the provincial government helped create this situation through ineptitude and a lack of planning.

The trail was truly built by volunteers with some government assistance

Some on the “bike side” say that the trail was built using public money and that means that everyone should get to use the trail as they see fit. Hogwash. First of all, the Confederation Building was built with public funds and no one would suggest that you can use that building as you see fit. Secondly, to blithely state that the trail was built by tax monies is patently false. Sure, there were very significant investments from the public purse. But I would argue that we could have spent 100 times that amount and we would still not have a trail without the volunteers. To comprehend the hundreds of thousands of volunteer hours contributed from the scores of volunteers is almost impossible. There are many world-class trails in North America and beyond but I challenge anyone to find a trail of such quality that was designed and built in such a relatively short time frame and with largely volunteer efforts.

I have never served on the board of the ECTA, but I’ve attended a few meetings. These individuals are not only the brains behind the astonishing success of the trail, they’re often the brawn, as well. These men and women are professional in their work and their demeanor. They promote the trail with a quiet love that I’ve never seen become bombastic or combative. I have no doubt that this conflict is difficult for them. They have largely reacted with a grace that I, quite frankly, would not maintain. I would be furious, not only at the bike tour business, but the provincial government as well.

It was the Department of Tourism, Culture and Recreation who invited the owner and operator of Sacred Rides to visit the province (on the taxpayers’ dime) in late 2013. Their FAM (familiarization trip) was aimed at looking at opportunities for adventure biking and I have no doubt that when he saw the ECT he was blown away. This was followed by a meeting or two and several letters. I found the letters to mostly consist of, “we’re awesome, mountain biking is awesome, your trail is awesome – we want in”. When the ECTA said no, the company responded with what I believe is a threat – “we’re going to do it anyway and you can’t stop us”.

So, a couple meetings and a few letters over six or seven months entitles this business to treat these volunteers this way? Not in my books.

Meanwhile, back in the ConfedeCircus Building…

The efforts of the provincial government range from laughable to grossly negligent. You see, the province has released a vision for tourism called “Uncommon Potential”. It lists a bunch of objectives and actions to advance the tourism industry, which is very important, especially for rural Newfoundland and Labrador. Unbelievably, the document is absolutely silent on ecotourism or, for that matter, any nature-based tourism. The absence is stark.

I worked in the Department of Tourism, Culture and Recreation many moons ago. I can tell you that the top three things that visitors inquire about are whales, icebergs and coastal scenery. Also, what would you say are the three most visited sites outside of the greater St. John’s area? They are Gros Morne, Witless Bay (where you see whales and puffins), and Salmonier Nature Park – three natural areas.

The complete absence of any discussion regarding nature-based tourism is disturbing. Why wouldn’t we try and recreate the success of our top three sites? I believe there are a couple reasons. First, the department simply doesn’t have the expertise to develop this product – they have no one on staff who truly understands our natural product. Yet, on the cultural side, they have many staff and a truly outstanding program to advance cultural tourism. And so I come to my second reason – I believe that some of these workers (and the non-government “culture crowd” who advocate for cultural tourism) see nature-based tourism as a potential competitor for funds. No basis in fact, you say? When the Heritage Foundation of Newfoundland and Labrador was established with government support, its initial mandate was to advance both natural and cultural heritage. That didn’t last long, believe me.

I’ve written about the need for an ecotourism strategy in this space before. In theory, such a strategy could have helped avoid the current kerfuffle between bikers and hikers. Presumably the strategy would address shared use of trails and maybe even identify which trails would be exclusively for one side or the other. Instead, the provincial government wanders blindly around and invites a business to set up shop on a trail built by volunteers. Then, with laughable ineptitude, they step back and pretend to shake their heads disappointedly. The tourism minister, Sandy Collins, recently said, “What I want to see, and what I suggested, is to get the two groups together to come to an agreement, something that works for both, something that both are comfortable with.” To me, that’s like someone tossing a dog in a room full of cats and, after the inevitable melee breaks out, looking around dimly and saying, “someone should do something about this.”

In my opinion, both the biking business and the provincial government need to step back and let things cool off. Then, they should respectfully approach the ECTA and have meaningful discussions to see if there is room for compromise. Maybe there isn’t, but if they continue the way they’re going there definitely won’t be. 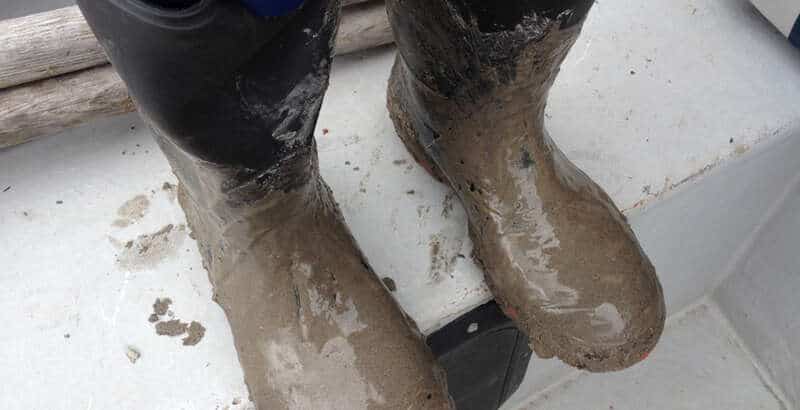 Muskrat Falls and the landslide of uncertainties
How I became convinced some important questions need to be answered about the North Spur.