Budget’s environmental preservation priorities are anything but

Right off the bat I can tell you that this is not your usual post-budget opinion column. First of all, this is not about more money. It is about preserving our natural environment, which is a rarely discussed topic in our province these days. Specifically, I am writing about the four “environmental priorities” intended to “preserve the environment” as listed under the last section of this news release put out by the provincial government in last week’s budget.

Preservation is about protecting pristine examples of the natural environment

When speaking of our environment, preservation means the protection of nature from human use. Think Ecological Reserves or Wilderness Reserves. Such areas are absolutely essential to sustainably developing our natural resources. If we want to minimize our impact on our natural environment, we have to have areas where natural systems function without interference. In other words, we need preserved areas in order to understand what areas that are disturbed by forestry, mining and other activities are supposed to look like. Without preserved areas, minimizing our impacts on our environment is like putting a puzzle together without a picture on the box to guide us.

Which brings me back to the 2014-2015 provincial budget released on March 27. I have often lamented our lack of action on preserving our natural environment in this column. You can imagine my surprise when I searched through the budget documents and found the phrase “Preservation of the Environment and Natural Habitat”. Alas, my surprise quickly turned to astonishment, then incredulity, then sustained belly laughs. The four priorities listed under the heading “Preservation of the Environment” have nothing to do with preservation. In fact, one of them is a text book example of the opposite of preservation. Before I describe these priorities, I would like to state up front that all of these activities are worthwhile – they just have nothing to do with preserving our natural environment.

If you have to use heavy equipment, it’s not preservation

The first “preservation” priority is $3 million for site remediation at the former US military site in Hopedale. If true preservation is protecting a heritage structure for all time, site remediation is like cleaning your room. I can only imagine what the former US site is like – buildings, asphalt, garbage and contaminated waste. We can spend as much money as we want but the simple fact is that this site will only become worthy of preservation after many hundreds of years have passed and the site has been reclaimed by nature. These are not new monies, either. They were first announced three years ago in Budget 2011.

The second funding priority is about $1 million to study the alarming decline of the George River Caribou herd. This herd has fallen from many hundreds of thousands of animals down to less than 30,000 animals. Scientific research is essential to understanding this decline and ensuring that the herd has a future. But, it’s not preservation. For example, what if the research shows that the caribou herd simply got too big and ate itself out of house and home? Maybe a recommendation for recovery would be burning portions of the landscape to encourage growth of the herd’s favorite food. This activity, while an important conservation action, is not considered a preservation activity. Like the site remediation in Hopedale, these are not new monies. The “Labrador Caribou Initiative” and the associated funds were announced two years ago in Budget 2012.

Government also announced funding to seek UNESCO World Heritage Site status for Mistaken Point Ecological Reserve as a “preservation priority”. At least this priority involves a protected area – Mistaken Point Ecological Reserve has some of the oldest fossils of creatures on the planet. However, we must acknowledge that acquiring World Heritage Site status does nothing to increase preservation of a site. In and of itself, the status is simply a designation, albeit the most prestigious in the world. In fact, applicants must prove that the government responsible for protecting the candidate World Heritage Site has already put adequate protection measures in place. Hence the alarm expressed about last year’s budget when government laid off the only full time staff person dedicated to managing Mistaken Point. Once government realized that their application to UNESCO could be rejected because of inadequate management, the full time position was reinstated. It is a good idea to apply for World Heritage Site status and I wish government luck, but this is not a preservation measure by any stretch.

I could not make this stuff up

Which brings me to the fourth and final “preservation priority”. This priority is so unrelated to preservation that I include it here verbatim in case you don’t believe me.

“$100,000 for the development of 25 additional cottage lots located on Crown land in the Salmonier Line area to be used for recreational purposes”

That’s right – this government’s idea of preservation of the environment includes constructing access roads and developing cottage lots. This is the exact opposite of preservation. Really, there’s not much more I can say (politely) on this one.

What does such flagrant misuse of the word preservation mean? Is it simply an error made in ignorance or is it something worse? If it was made in ignorance, then government needs to pay more attention to this issue. This budget was a pre-election budget, with goodies for almost every sector. The four priorities could have been called “environmental priorities” and everything would be fine. But, I fear that the error was not made in ignorance. I think the authors of this section of the budget included this heading to check off the “preservation action” box, knowing full well that they could misuse the word preservation because no one really cares.

How about some real action on preservation?

Here are four priorities that would actually help “preserve the environment” and would largely be covered under existing government expenditures:

• Reinstate the Wilderness and Ecological Reserves Advisory Council, without which the province cannot establish any new reserves.

• Develop and release an action plan, including target dates, for the establishment of the Eagle River Waterway Park.

• Draft and release a long term plan for the preservation of our natural environment, which most provinces did 20 years ago.

In a pre-election budget, actions like these were not included simply because not enough of us are asking for them. It looks like, for the foreseeable future, the only thing we’ll be preserving in this province is jam. 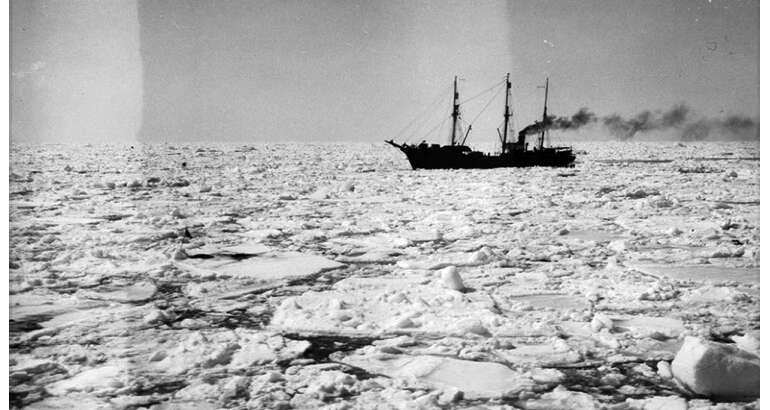 Expect No Favours: William Coaker and the Newfoundland Disaster (Pt. 3)
“They’ll work you twice what you can take and pay you half you need” – ‘I will bring you home’