We all need to visit natural areas to recharge; here are a few suggestions.

This week I followed my own advice and took my kids to La Manche Provincial Park for a day. They loved it. And, as any parent knows, that made me happy too. Hearing them laugh and sigh and sing driving songs was more than ample reward. They were so enthralled with the park, the abandoned village of La Manche and the spectacular suspension bridge that they asked to return later and camp for a couple nights. It’s in our summer plans.

And so I continue with my “Green Space” summer suggestions this week with a look at Central Newfoundland. In the interest of space, I’ve avoided giving specific directions. I have helpfully provided links to each natural area and simple internet searches will provide you with all the directions you need.

Before I get to the specific areas, I’d like to provide a quick overview of Central Newfoundland. This is the most extensive region on the Island and is basically divided into four distinct landscapes (or, as ecologists call them, ecological regions). The largest is the Central Newfoundland Forest. This is the area you’re likely most familiar with as the Trans Canada Highway runs through it. You can probably picture it now – low rolling hills with a diverse forest of hard and softwoods. Along with spruce and fir you’ll see white birch and trembling aspen. The latter is one of my favorite trees – the little leaves actually appear to tremble in the slightest wind. South of this forest (the largest on the Island, but with the least protected areas) are the Maritime Barrens. This ecological region stretches from the Avalon Peninsula to Southwestern Newfoundland. Since there is very little commercially viable forest in this region, it is the most protected region in the Province. As the name implies, this landscape is dominated by barrens with small pockets of fir and spruce struggling to maintain an existence. Although stunted, these trees are actually quite old and some consider patches of tuckamore (or as they say in Europe, krummholz) to be mini-old growth forests.

The northern coastline of Central Newfoundland is divided into two distinct areas. Notre Dame Bay is called the North Shore Forest and slightly to the east is the thin strip called – wait for it – the Eastern Hyper-oceanic Barrens. (As an aside, when the plan to protect a sample of these distinct regions was presented to the Liberal Cabinet in the 1990s, then-Premier Tulk guffawed when he heard the name of that region and asked, “What’s that? Can you eat it?”) Readers familiar with the Notre Dame Bay don’t need me to tell them that this is one of the most underrated yet beautiful areas of the Province. Hundreds of thickly forested islands dot the bay – getaways for many of the local residents and richly treasured, I’m sure. The Eastern Hyper-oceanic Barrens, on the other hand, is a much more severe landscape. I love it. To me, this region is one of the most iconic landscapes for the Province. Here, the winds are so high and consistent and the soil so poor, that the landscape is treeless. But in the midst of this stark landscape are small oases which support exceptionally high diversity of life.

Which brings me to my first natural area suggestion – Deadman’s Bay Provincial Park. Online descriptions of this fantastic beach are remarkably lame. If you’re looking for an off-the-beaten-path, intimate experience with nature, this is it. This 72 hectare (177 acre) beach is resplendent with sand dunes and one of the best places on the Island to view icebergs. In fact, this beach, with its fine sand, was home to the officially endangered Piping Plover. This small shorebird, about the size of a sparrow, once nested on both the West Coast and the Northeast Coast. We almost lost them all. Now, they only nest in western Newfoundland. The good news is that due to the extraordinary efforts of many people (including a bunch that were recently laid off) the Piping Plover have been brought back from the brink. They have recently been found in areas where they haven’t been seen in many years (like Gros Morne National Park). Maybe if you visit Deadman’s Bay Provincial Park you’ll see one. If you do, quickly inform someone like Bill Montevecchi – this would be big news for the species (although, truth be said, there’s no one like Bill – we’re lucky to have him too).

Often overshadowed by the magnificent Gros Morne National Park, Terra Nova National Park offers its own unique experience. The park has nothing to apologize for – I see it standing side by side with Gros Morne as a fitting consort. There’s truly so much to see and do that one could write a book on the subject.

There’s something for everyone in every season. Growing up in Corner Brook, I never had the opportunity to experience Terra Nova during my formative years, but my lovely wife Bridget did. She remembers family boil-ups in Newman Sound, with the old wood stoves that her Grandmother loved. The kids would perform impromptu plays on a park stage followed by the always interesting exploration of the estuary. And, of course, there were the sunny days spent on the beach at Sandy Pond. As adults, Bridget and I camped in the park. I remember how rejuvenated I felt after walking some of the quiet trails in the park – the trail to Pissing Mare’s Falls was second to none. My couple hundred words cannot do the park justice. One could spend an entire summer in the park and barely see a fraction of its wonders.

Unfortunately, many of the excellent staff were laid off last year. I hope the efforts to re-establish a population of the threatened Pine Marten are not impeded. I also hope that the asinine efforts of a few people to cut a snowmobile trail through the park fail and fail dismally. There is no “god-given right” to jump on your skidoo in your backyard and go wherever you want. Get a trailer like most people in the province. Every year it seems some genius comes up with another idea to destroy portions of our small and inadequate protected areas system. Only constant vigilance by a small number of concerned citizens prevents us from destroying our hard-won legacy.

On a positive note, Red Bay National History Site was just awarded World Heritage Site status by the United Nation’s Educational, Scientific and Cultural Organization (UNESCO). My personal congratulations to the individuals who worked so long and hard to achieve this accomplishment. (As another aside, I remember calling the federal government bureaucrats in Ottawa to try and get Funk Island Ecological Reserve nominated. Their astonishing reply was that “Newfoundland has enough World Heritage sites already.”)

This designation is the premiere recognition for a protected area in the known universe.  A local article that announced the designation stated that, “The community of Red Bay in Southern Labrador will have something to celebrate…” Surely such a prestigious title deserves applause from all quarters?

The fracking proposal for western Newfoundland is threatening the World Heritage Site status of Gros Morne National Park. Little has been heard from the proponent regarding this, but even the normally quiet Hospitality Newfoundland and Labrador (HNL) has voiced their concerns. More such voices are needed – local concerns are wrongly dismissed as crazy rabid “greens”.

In my next column I’ll look at some natural areas in Western Newfoundland and the Great Northern Peninsula. For those of you who prefer my more feisty articles, I promise to look at the ridiculous backlog of endangered species waiting for protection from the Provincial Cabinet. According to the number of hits on my columns, it appears the majority of you prefer my more angry voice. While I don’t write this column for such accolades, I, too, like to mix it up and point out where I believe we’re failing our natural legacy. Places like Deadman’s Bay, Dildo Run and Terra Nova deserve it. 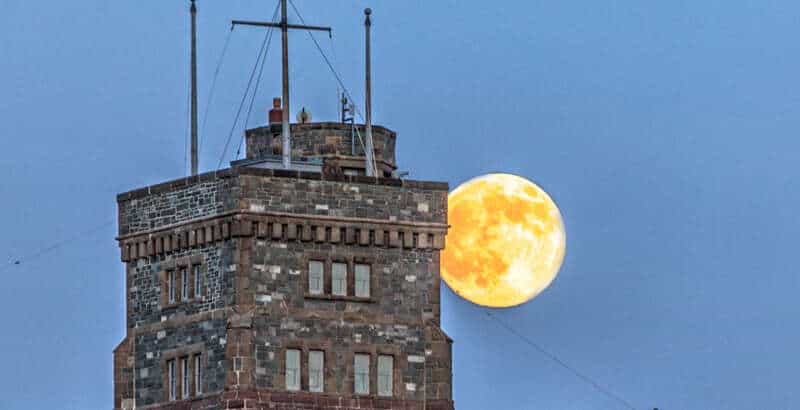 There’s no business like space business
The elusive dance of art and space economics.