Conservation of our environment needs to be an election issue

But that will only happen if we make it one

“While I hold my own political views, it’s important not to get too wrapped up in individual candidates and personalities, but instead to focus on the real issues.” – Marcus Samuelsson (celebrity chef)

On Saturday past, I attended a workshop where the participants had to present their vision of what Canada would look like in 50 years. Although the participants varied widely in age and profession, there were many similar themes in their responses. Many spoke of clean air and water, safe neighbourhoods and clean industrial practices – motherhood issues that we all can appreciate. While my response largely echoed the others, another aspect of the exercise struck me. Fifty years is not that long. Now, I certainly won’t be around to see it (unless I live to be the oldest Ballam in a couple hundred years) but still, half a century is a relatively short timeframe to adopt and integrate a new environmental ethic in our province. I know this because I worked on a major conservation initiative more than 20 years ago and it still hasn’t seen the light of day. I’m talking, of course, about the provincial protected areas strategy – something that I’ve written about in this space many times. This column is not about the strategy in particular, but about the need to make environmental conservation an election issue.

I remember speaking briefly with one of the candidates during the last provincial election when they came to my door. I asked him where his party stood on establishing more protected areas and he said, “No one’s ever brought that up to me before.” (As an aside, he had no stand on the issue – he couldn’t have been more ignorant about the topic if I’d been talking about the latest theory in particle physics.) My point is that I believed him when he said no one else brought up protected areas to him. Three years later and the provincial government’s record speaks for itself: the worst protected areas record in Canada.

This record would cost a party votes in many parts of Canada. The recent provincial election in New Brunswick was largely lost (or won) over an environmental issue. The Conservative Party, hoping for a second majority, based its campaign on the pledge to pursue hydraulic fracturing (fracking) as a panacea to their economic woes. The Liberal party, sensing the mood of a portion of the electorate, pledged to place a moratorium on the practice. The Liberals won, although it was a close race. The voters were willing to reject the Conservatives’ platform of economic development in lieu of environmental concerns.

Closer to my heart is the debate currently going on in British Columbia. In that province, the provincial government introduced a bill that would see some of its magnificent parks system opened to industrial development. British Columbians have historically valued their protected areas and some politicians have been astute enough to listen and respond. Could you imagine the Premier of Newfoundland and Labrador holding televised fireside chats to bring the public up to speed on the progress of their protected areas system? Well, it’s happened in BC in the past. I expect the current debate will be a hot topic in their next provincial election.

In Newfoundland and Labrador, we’re having our own debate on fracking. The current administration has backtracked on some of their earlier support for the practice and imposed a moratorium. They’ve also established an “independent” panel to study and report on the issue, although I side with some critics who say that the panel is a little stacked to the development side.

Unlike fracking, we certainly haven’t had a debate in this province on conservation. During the workshop I attended, I asked the other participants if they even remember hearing about a new protected area in the news. No one could remember such a news story, let alone a public discussion on the topic. I mentioned earlier about my work on the provincial protected areas strategy more than 20 years ago. Every province in Canada (except this one) has released their plan and subsequently engaged in a public debate, as well they should. (As an aside, when was the last time you engaged in a discussion regarding protected areas in a social setting?) These strategies involved the protection of huge portions of our landscape and we have to make sure we get it right. But in this province, there has been no plan and no debate. Besides putting us behind a couple of decades, this inaction has had an even more profound and disturbing consequence.

It’s one thing to watch a documentary on fracking and become concerned. It’s quite another to recognize the need for protected areas and to argue for more of them. I’m not saying that people in this province are not concerned about our environment. What I am saying is that they do not know enough about protected areas issues to advocate for them or vote for the party that will fix our broken protected areas system. As someone who has worked in conservation for the past 20 years, I must take some responsibility for this lack of awareness. I always struggled with my message – should I try and encourage people to appreciate our protected areas with positive messages or should I rant and let them know how bad things really are? Far too often, I tried to make my message positive. Perhaps if I’d rung the fire alarm, we wouldn’t be where we are today.

Yet, the lack of political will to do what needed to be done has also played a major role in our protected areas deficit. And the only way to force politicians to do what needs to be done is during an election.

But, I have no doubt that the majority of us will stick to the same old tired priorities that we’ve had for every election since Confederation – health care, education and roads. Now, there are serious issues among these priorities and they need to be addressed, but the simple fact of the matter is that we always talk about these topics during elections and we never talk about conservation of our environment. “Ballam!” you say. “How can you stack environmental concerns next to health care?” I’m not suggesting we ignore health care issues in the next election but I am saying that we need to stop ignoring environmental issues. (Although I will say, as an aside, that if I read about one more expensive piece of hospital equipment lying unused and gathering dust, I’m going to puke.)

Twenty years ago our province was broke and almost insolvent. We had just learned that we could no longer fish cod and 30,000 people were out of work. We can be excused, I think, for not making protected areas an election issue at that time. But we have no excuses now. By all means, bring up your concerns about health care or infrastructure, but I ask that you also bring up protected areas (if you’re looking for a particular protected areas issue to bring up, simply read one or two of my columns). If you don’t, then it will no longer be me (or politicians) who will be responsible for our abysmal record. As a final note, ask yourself this: What is my vision of our province in 50 years?

It’s really not that far away. 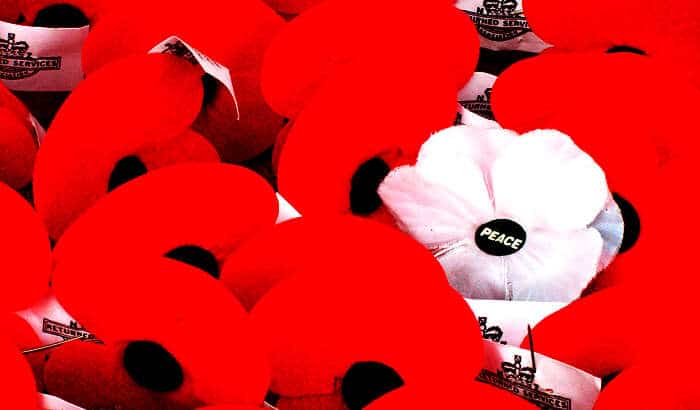 Why I am wearing a white poppy for Remembrance Day
The Peace Pledge Union asks people to wear a white poppy to symbolize their commitment to working for “the removal of all causes of war.”… 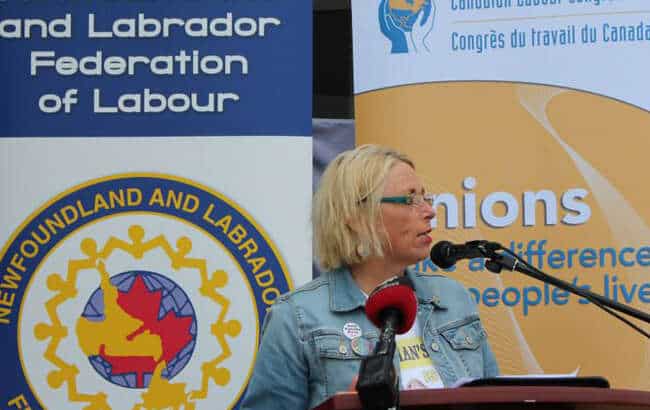 Unions, political action, and fairness for everyone
The NL Federation of Labour is holding a political action conference later this month, and there's a lot on the agenda