Cutbacks? But there’s nothing left in our parks to cut.

Any further cuts to parks agency will effectively destroy it

Oil revenues are drying up and the provincial government must cut expenditures.

I get it. And frankly, I agree.

Having worked in the provincial government for 14 years, I can attest that money is frequently wasted and, more often, unwisely spent. Most of my tenure with government was during the 1990s which saw some of the deepest and most severe cuts to government programs. I saw some wise cuts, like travel restrictions and hospitality expenditures, but far too often the cuts were clumsy and poorly thought out. Sometimes, the cuts would be the same for every department or division — 10 per cent across the board, say. Other times, specific programs or activities were targeted while others remained mostly unscathed.

More often than not, Parks and Natural Areas Division (PNAD) was the government agency that bore the brunt of the cuts. This agency, nested within the Department of Environment and Conservation, establishes and manages most of the protected areas in the province under provincial jurisdiction, including provincial parks, wilderness reserves and ecological reserves.

As I’ve written before, 72 per cent of our provincial parks were sacrificed for budgetary reasons in the ’90s. Outside of eliminating the parks program entirely, this “cut” went far beyond that experienced by most government agencies. At that time, PNAD was with the Department of Tourism and I remember how maddeningly frustrating it was to watch parks being sacrificed to lessen the impact on other agencies in the department.

Needless to say, every other agency in the department would argue that they gave up their fair share; no one would admit that parks suffered the greatest hits. But honestly, were 72 per cent of historic sites abandoned? Was the tourism marketing budget cut by 72 per cent? Of course not.

This unbalanced targeting of specific agencies happened again in the notorious 2013 austerity budget. You can read my full analysis of those cuts here and here, but the fact of the matter is that the Department of Environment and Conservation (and PNAD) had their budgets reduced by more than twice the average of cuts for other departments.

The environment department was cut by 12.9 per cent, while the average among all departments was 5.6 per cent.

But the real story is not the percentage but what was cut.

Specifically, the 2013 budget saw parks lose their entire interpreter/naturalist program (e.g. guided hikes, campfires, school programs, etc.) and the elimination of full-time managers for several globally important reserves. As I will show you, these cuts did not just go to the bone — they were amputations. And, despite the flippant and ignorant justifications spouted by the environment minister-of-the-month, most of these cuts should be reversed. That’s right—I believe that, to function effectively, some programs in parks need to be reinstated.

Opponents of protected areas (or even those who don’t care about them) are probably saying “compared to nurses; doctors; Health Care system; these fellows who count birds and trees and fauna gotta go.” I said it then and I’ll say it now: the PNAD budget is so small compared to the health care budget, that it wouldn’t make any difference. The reduction in staff and programs at PNAD has reached the point where we either have a protected areas program or we don’t. Sometimes it takes someone ‘from away’ to show us what we really have, and that’s the case with our protected areas.

Some of you may have heard the excellent news that Mistaken Point Ecological Reserve has been formally nominated for World Heritage status. This means that, once approved by the United Nations Educational, Scientific and Cultural Organization (UNESCO), Mistaken Point will be as valued as the pyramids of Egypt or the Great Barrier Reef of Australia. We already have some sites of this calibre in this province, like Gros Morne National Park or Red Bay in Labrador, and there is no better advertisement than this designation.

These nominations are not simple affairs (I know because I worked on an unsuccessful one myself). Years of research and preparation are required before you can even begin to write the nomination. More importantly, the UN is not satisfied with just a nice nomination. You must prove that you will provide adequate protection for these world treasures. And that is where the Mistaken Point nomination almost went completely off the rails.

One of the cuts in the 2013 provincial budget was the manager of the Mistaken Point. The permanent, full-time position was turned into a seasonal position. This means that there would only have been one staff person monitoring and guarding the reserve for a few months a year. According to Tom Hedderson, the Minister of Environment and Conservation at the time (e.g. the guy who is supposed to defend parks and wildlife), reserve manager positions were just “gravy.” — as in, totally unnecessary. UNESCO, which is also the world’s leading authority on protected areas, disagreed.

In fact, UNESCO let it be known that, if the provincial government did not reinstate a full-time manager, then they could forget the World Heritage nomination. In other words, these important areas require sufficient resources to be effectively managed. Realizing the value of the World Heritage Site designation, the provincial government reinstated the full time manager.

Unfortunately, this did not translate into a broader realization of the value these reserves have for the province, and the managers for Witless Bay (containing 70 per cent of all Atlantic Puffins in North America) or Cape St. Mary’s (most accessible major seabird colony in North America) were not reinstated. My point (and UNESCO’s) is that the cuts to PNAD in the 2013 budget went too deep (e.g. amputations).

Beyond the fact that there is nothing left to cut in PNAD besides the program itself, other departments and agencies can sustain significant cuts without impairing their ability to deliver their key programs. It’s a question of scale. The Department of Natural Resources has a total budget of $658,472,400 (that’s six hundred and fifty-eight million). If it were to lose 10 per cent (or $65,000,000), it still has close to $600,000,000 left to redistribute to address priority programs. PNAD, with a total budget of around $5,500,000, would barely register.

Now, I’m not getting paid the big bucks to make these decisions (nor am I in line for one of the best pensions in Canada, which would come along with that job), so I’ll leave the difficult decisions about where to cut to the politicians.

But I do have one suggestion.

They should think twice before giving my tax dollars to private business.

If you pay even just a little attention, you’ll notice that there are weekly funding announcements for one corporation/business or another. With oil prices in the toilet for the next couple of years, we should not be propping up businesses that couldn’t otherwise survive. And, if they can survive without government subsidies, then they don’t need free cash for the next year or so.

If government implements significant cuts to Parks and Natural Areas Division in Budget 2015, they might as well have the courage to admit to their conviction and just shut the program down. 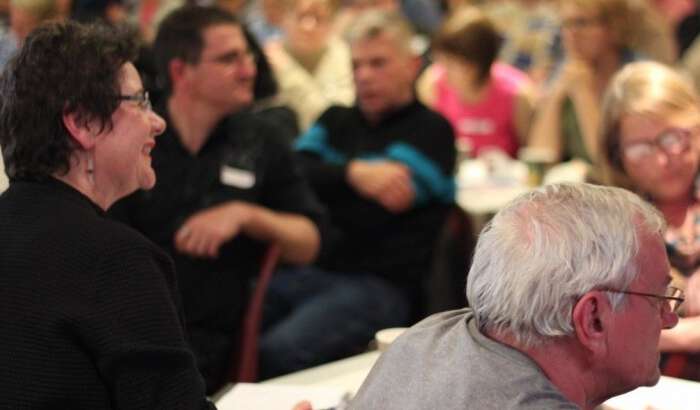 Grassroots movement lays path for mental health justice
The House of Assembly proceedings of Jan. 21 weren’t only a win for democracy, they were a victory for the thousands province wide who don’t…

What we should know about B.C.’s carbon tax
If we're looking to BC for carbon tax ideas, we should consider that province's tax is revenue neutral and phased in over time