We wouldn’t take it so easily for granted.

We love our province. As the old joke goes, you can tell who the Newfoundlanders are in heaven because they want to go home.

But, like spoiled teenagers who’ve been given a priceless heirloom, we don’t know how to take care of our beautiful province. Three minor, seemingly unrelated news items this week characterize our cavalier attitude towards our one and only home.

The first is less a news story than an exchange between reporters. About a week ago on the CBC Morning Show, the delightful Anthony Germain was speaking with a young street reporter. Germain was asked he reporter about a new telecommunications tower being constructed in Pippy Park (you can see pictures of the tower if you scroll through the CBC’s Facebook photostream). Apparently, the tower is being built on leased park land. The park administration receives an undisclosed payment for the lease.

Sounding a little incredulous, Germain asked, “Isn’t park land usually protected for plants and wildlife?” The reporter responded by saying that public meetings were held but few objections were raised. They then played a short interview with a local resident. With a resigned laugh, the resident said, “It’s just another in a long list of developments that are chipping away at the park. What’s the use in opposing them?” Astonishingly, the tower is being built to address the growing wireless demand on the Outer Ring Road. That’s right, a tower is being built to meet the high use of cell phones on the most dangerous stretch of road in the province. I couldn’t make this stuff up.

The second news item that illustrates our lack of regard for conservation is actually a good news story. The International Appalachian Trail group has successfully received funding to work towards establishing a Geopark in western Newfoundland. A Geopark, incidentally, is simply a park that focuses on geological features, and they couldn’t have picked a better place than the West Coast.

Many of us are familiar with the majesty of Gros Morne, but there are several other areas just as, or more, beautiful than that iconic park. Serpentine Lake river valley just south of Corner Brook is my favorite. And, while I’m in the midst of an aside, many years ago I spoke with a group that was establishing a trail through the entire Appalachian Mountain range which extends from the Maritime Provinces deep into the U.S. At least, that was the extent as understood by the trail group. When I mentioned that the mountain range actually extended into and ended on the Island of Newfoundland, they were surprised. It’s nice to see that, about 10 years later, they’ve started to extend their work to those beautiful mountains here.

Anyway, the telling aspect of this story is the source of funds for the trail group. The money is coming from the European Union. The trail group goes on to say that they hope “to leverage funds in Canada”. I did a double take when I read this. So, we can get funding to establish a Geopark in this province from the European Union, but the project gets no funding from our own provincial government?

The third and final news story deals with an announcement by the Government of Newfoundland and Labrador. Some of you may have heard that Premier Paul Davis sent all of his ministers mandate letters. To his credit, they are published on the government website (here’s a link to a page with all the letters). I actually applaud this initiative. That is, I would if there was any actual substance to the mandate given to the Minister of Environment and Conservation regarding protected areas. But of course, all the letter says is the same old, worn out empty promise that we’ve been hearing for the past 20 years. All it says regarding protected areas is, “We will continue to work…towards development and assessment of potential protected areas.”

What in the blazes does that mean? I can tell you: It means nothing.

The mandate letter was a real opportunity to set some goals, to establish some clear targets with firm target dates. For example, the letter could have said, “You will release a draft natural areas plan for public review by June 2015 and hold province-wide consultations by December.” Instead, we get more meaningless hot air.

If we love our province, conservation has to be an election issue

What do these three seemingly unrelated news stories have in common? The first two stories involve perspectives from people outside our province. On the one hand, we have Anthony Germain’s incredulous response to the construction of a tower in Pippy Park (although not originally from Newfoundland, Germain’s genuine love of our province rates him higher than an honorary Newfoundlander, in my book). On the other, we have a park-focussed group that had to travel to another continent—to the EU—to get funding.

It’s time we valued our province as much as people from away do, and take the necessary steps to ensure our smiling land is healthy for future generations to come.

This is not surprising, as our province is the only one in Canada without a funding program for conservation groups. As I’ve lamented in this column before, successive administrations seem to think that conservation groups are ‘the enemy’ and would rather die by paper cuts than provide funds to such groups. This is a very immature attitude. Conservation groups, like any civic-minded organization, work to make a better Newfoundland and Labrador.

And what does the third story tell us?

To me, the vapid and meaningless protected areas “mandate” given to the Minister of Environment and Conservation means that nothing is going to change in the near future. The current administration will continue to display a lack of leadership. That is, unless we demand otherwise.

I will use this opportunity to implore you, Dear Reader, to make conservation of our environment an election issue. It doesn’t have to be the issue for you, just as long as you include it in your list. I suggest that you judge each party’s protected areas commitments in the upcoming election. I’ll provide a review in this column, but judge for yourself. It’s time we valued our province as much as people from away do, and take the necessary steps to ensure our smiling land is healthy for future generations to come. 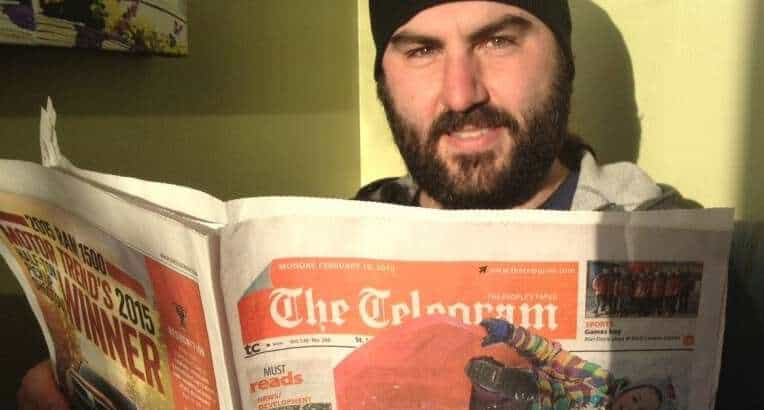 A good day for journalism in Newfoundland and Labrador
As the Telegram and other TC Media newspapers go orange and promise better journalism, supporters of independent media from around the province begin laying the… 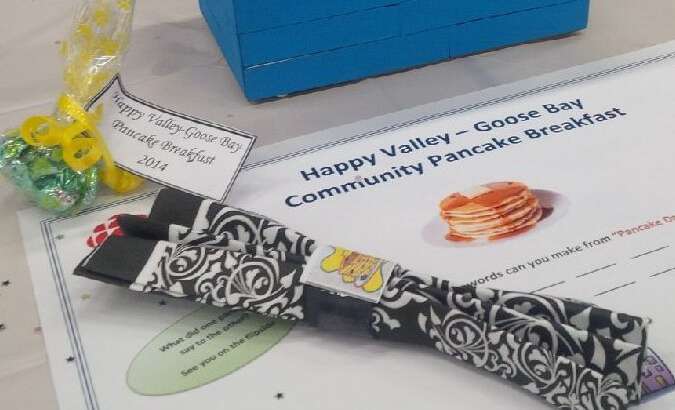 Shrive to do better
Yesterday was 'Pancake Day', and there was also much talk about homelessness. Let's not keep it to a single day.