“Never doubt that a small group of thoughtful, committed, citizens can change the world. Indeed, it is the only thing that ever has.”   ― Margaret Mead

I’ve always thought that my work in conservation was for the greater good. I assume people would see the benefits of new protected areas and welcome conservation efforts in their communities. That’s why I’ve been surprised when new conservation projects are met with scepticism, doubt and, in some cases, anger. I remember arriving in a rural Newfoundland community brimming with barely suppressed excitement. I was there to announce a new protected area, complete with student funding. Months of work, effort and stress had finally come to an end – or so I thought. Instead of the ‘heroes welcome’ I was expecting, the local leaders I met with were actually combative. I’ll admit to leaving the meeting angry, but after reflecting for a time I realized that these leaders did not trust me. In order to do the work I wanted to do, I would have to invest a lot more time, energy and money. Most importantly, I would have to listen to the needs and concerns of the local residents. It took years but I like to think that, in the end, I had a social licence to work in that area.

Surprise! People are wary of fracking

I imagine proponents for fracking in Western Newfoundland are feeling something akin to the surprise I felt all those years ago. I’m just not sure they realize that, without a social licence to operate, their plans for hydraulic fracturing (“fracking”) are likely to fail. Fracking is a controversial technique used to access petroleum. It involves pumping water, sand and a cocktail of chemicals underground. The mixture basically forces rocks apart, letting the oil flow to the surface. This column will not go into the pros and cons of fracking. Instead, my goal is to look at the current social licence afforded to the practice in the Province.

Social licence is a combination of corporate social responsibility, community acceptance, and reputation. In the excellent article, “Unpacking the social licence to operate”, the author includes a figure that defines four levels of social licence. The least favorable level involves complete rejection of the project. This worst case scenario may result in legal challenges or demonstrations. As we saw recently in New Brunswick, this is a place where no one wants to go. The most favorable social licence level occurs when there is a sense of co-ownership by residents, government and industry. The authors state that most projects fall somewhere in the middle, with projects being tolerated. This may be true for most oil and gas or mining projects, but fracking is in a class of its own.

The concerned residents of Western Newfoundland are not alone. They are part of a growing and vocal opposition to fracking in Canada and around the world. Each provincial government is trying to balance legitimate requests from industry to frack with the equally legitimate concerns of local residents. From Nova Scotia to British Columbia, governments are studying and legislating fracking. In some cases, like Quebec, moratoriums have been put in place. In another excellent article, William M. Laurin calls this phenomenon, “The Race to Regulate”. I completely agree with his statement that “prudent operators should begin to look at the current regulatory regime merely as a starting point…” Since Newfoundland and Labrador does not have any policies, guidelines or laws specific to fracking, the industry does itself a disservice when it says that they will follow all the necessary regulations.

Mr. Laurin goes on to say that poor communication and education efforts from industry are common. I believe this to be true in our province. I’ve seen presentations from industry and they usually paint a picture that is simply too rosy. The general public are more likely to dismiss the utopian assurances and job numbers from industry than they are to dismiss health and environmental concerns from opponents. To put it another way, if industry engages in a public battle over fracking, they’ve already lost. Holding public meetings to bludgeon people with the same statistics is useless. Listening – really listening – is the key.

Fracking communications in Newfoundland and Labrador a disaster

It’s hardly been a year since Shoal Point Energy announced plans to frack in Western Newfoundland. In my opinion, it’s been a disaster from the get-go. They painted pictures of oil rigs up and down the coast of Western Newfoundland, including Gros Morne National Park (actually in park enclaves but nature and tourists don’t see the boundaries). This outraged many residents and drew stern warnings from UNESCO, the body overseeing World Heritage Sites. At one point, the company falsely announced they had regulatory approval. Forced by government and the Canada-Newfoundland and Labrador Offshort Petroleum Board (C-NLOPB) to withdraw their announcement, this mysterious error did irreparable damage to their cause, I think.

Before this column turns into a guide on how to hold fracking consultations, let’s look at the social licences given to mining in the past. In short, I think we gave these licenses too freely. The orphaned mines that we are dealing with today are an example of the consequences of development at any cost. Orphaned mines are orphans because no one claims ownership or the previous owners are unable to pay for remediation. So, we (the tax payers) have to pay. As of 2011, the total amount spent by the Government of Newfoundland and Labrador was more than $30 million. The cost of fixing one orphaned mine near Buchans is over $14 million and rising. If we had held our approval for some of these mines a little closer to our chest, we would not be paying for it now.

As an aside, I believe the industry as a whole would gain a lot of credit by establishing a fund to help clean up orphaned mines. It’s not a new idea – they are doing it in the U.S. When I’ve brought this idea up to industry representatives, they usually say that the revenue government receives from the industry is more than enough to pay for these abandoned mines. To me, that’s a little like me trying to get out of paying a speeding ticket by telling the judge that the fine should just come out of my taxes. Polluters pay, people.

Much needs to be done to earn social licence

Anyway, the Provincial Government has repeatedly stated that the current regulations are sufficient to avoid any negative consequences. My parting recommendation to the industry is to convince government otherwise. A social licence to operate would be easier to get if industry and government were to propose fracking guidelines similar to those espoused by the Canadian Association of Petroleum Producers. Study the issues specific to Western Newfoundland geology. Engage the public in the review of these guidelines in a meaningful way – talk less and listen more. Government should heed this as well. Anyone wishing to get elected in some of the west coast districts will need a miracle if they defend the status quo. Because, once you lose social licence (or political capital) it’s almost impossible to regain. 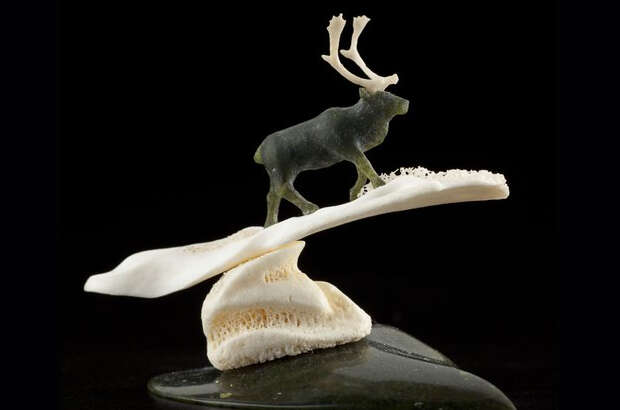 Crafty politics
At a time when government is trying to boost economic growth, why did they allow closure of the low-cost, high-yield Labrador Craft Marketing Agency?