The province’s transfer of land to Canada for the establishment of Labrador’s largest park reserve is a big step, but there’s much more to be done.

Last July the provincial and federal governments jointly announced the establishment of the Akami-uapishku – KakKasuak – Mealy Mountains National Park Reserve — a park reserve that is big in every way. As Labrador’s largest park, it deserves its impressively long name (for brevity, I will refer to the park as the Mealy Mountain NPR). Akami-uapishku is the Innu name for “White Mountain” and KakKasuak is the Labrador Inuit name for “mountain”. At approximately 10,700 square kilometres, the park is more than twice the size of Prince Edward Island and six times larger than Gros Morne National Park. In this column, I list a few more reasons to celebrate its creation.

Before I do that, though, I have to add a caveat. The park is not actually fully established. As a park reserve, the Mealy Mountains NPR enjoys nearly all the protections of a full national park. What was really announced on July 31 this year was the transfer of land from the provincial government to the federal government. The feds own and operate national parks and the transfer of land is the most important step in establishment. Many national parks remain frozen in the “reserve” status for years, if not decades, but are largely treated as full national parks.

Although it was announced with little fanfare on the Island of Newfoundland, Labrador residents certainly recognized the significance of the event. Many of them have worked for literally decades to move the park forward, and this success is mostly theirs. But the purpose of this column is to highlight a few more reasons to celebrate that may be overlooked:

For the past couple decades, N.L. has the worst protected areas establishment record in Canada. With this one park reserve, the amount of land protected in the province jumps from 4.6 percent to 7.2 percent.

While this is a major achievement, we are still significantly below the national average of just over 10 percent and well below the global average of 15 percent. Most countries in the world have committed to reaching 17 percent by the year 2020. We have a long way to go. But, for today, we can recognize the accomplishment of significantly increasing our percentage of protected land.

Thanks to Donald Rumsfeld (said with a shudder) for the initially laughable quote about “knowns” and “unknowns”. I actually have come to appreciate what he said. In essence, he described three levels of knowledge ignorance. The highest level includes the things that we know (“known knowns”). The second tier includes those things that we know we don’t know about (“known unknowns”). For example, we know there are rare plants in the Mealy Mountains NPR, but we don’t know where all of them are or how many there are. The third and lowest tier of knowledge contains the “unknown unknowns”.

In Mr. Rumsfeld’s terrorism context, the “knowns” and “unknowns” quip was meant to frighten people into supporting the invasion of Iraq. For me, in the context of the Mealy Mountains NPR, it’s useful in identifying something to celebrate.

The park reserve is so large that within its boundaries it contains species, populations and diversity hotspots that we have absolutely no knowledge of yet. The work of Parks Canada, academics and others will slowly uncover these treasures. But in the meantime, knowing that we have finally established an area large enough to protect as-of-yet undiscovered flora and fauna is a significant accomplishment.

#3 – The most diverse park in Atlantic Canada, period

One way ecologists describe our landscape is by defining different “ecoregions”. Now, before you run off because I’m going all sciency, this is not an obscure concept. Newfoundland and Labrador are divided into many kinds of regions: tourism regions, road condition regions, and even general reference regions (like “Avalon Region” or the “South Coast”). Ecologists have done the same thing, although the process to identify the different ecoregions in the province is actually technically difficult.

Simply put, we have 19 ecoregions in N.L. — nine on the Island and 10 in Labrador. The Mealy Mountains NPR protects four of them. There is simply no other protected area in Atlantic Canada that encompasses such as wide range of landscape diversity. Most protected areas in Atlantic Canada are not large enough to adequately represent one ecoregion, let alone multiple ones. Science has shown that large protected areas that cross ecoregion boundaries are often the best and safest way to conserve our natural diversity.

4/5 the way there in Mealy Mountains, 40 percent there in all of Labrador

Some may ask why wait so long to write a column to celebrate a park reserve established in July?

My response is that this park is so significant and received so little attention during the summer that it deserves being brought forward again.

A few of you are probably aware that the earlier iterations of the Mealy Mountain MPR boundaries were larger and actually protected five ecoregions. So, in my mind, a more important question to ask is how are we going to protect that fifth ecoregion?

With park establishment celebrations and elections now aside, it is time to roll up our sleeves again and ensure that that missing fifth and indeed all of our ecoregions are protected. Let’s give ourselves even more reasons to celebrate. 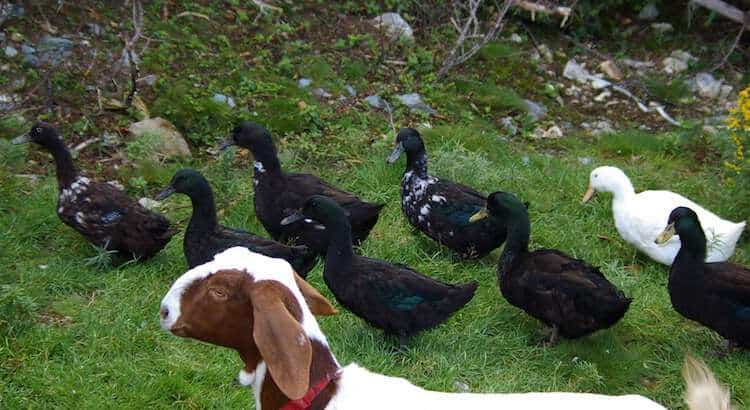 Duck-inspired lessons in leadership
While they certainly aren't trying to train me, my ducks have inspired me to be more cognizant of teamwork, flexibility and leadership.