But there are still fabulous sites to visit and enjoy

On July 31 the provincial government celebrated the 60th anniversary of our Provincial Parks. I’ll speak specifically to this event later, but before that I’d like to offer my personal congratulations to the highly dedicated and concerned individuals who work in our parks system. Theirs is a labour of love, which makes recent and incomprehensible staffing cuts all the more painful. And, while I have often decried the loss of 56 parks in the 1990s, there are still 13 camping parks and seven smaller scenic attractions that are, one and all, worth a visit.

In a recent column, I lauded two of our largest provincial parks, Butter Pot and Barachois Pond. In this column, I’d like to explore with you some of the smaller but no less beautiful parks remaining in the system. Many of these parks are located “off the beaten path” so to speak, but this only adds to their charm.

The Bonavista Peninsula is a popular tourist destination with well established tourism operations, especially in the towns of Bonavista and Trinity. Not far from the latter town on Route 236 is Lockston Path Provincial Park. At almost eight square kilometres, this large park offers many delights to the camper. I remember camping there with my family some years ago and, rising early for some ‘me’ time, I tiptoed out of the trailer with my fishing rod and made my way to the lovely sandy beach on Freshwater Pond. I had the place to myself — that is, except for the large and hungry trouties I caught. It was the best fishing experience I ever had in a park (with many people mistakenly thinking that fishing is illegal in parks, I’ve found them to be some of the best fishing spots on the Island). The park also boasts a fine hiking trail with a rewarding view of most of the park.

On the other side of the island, on Route 203 on the Burin Peninsula, is the cute little Frenchman’s Cove Provincial Park. At 51 hectares (or about 130 acres) this is one of our smaller camping parks. But, what it lacks in size it makes up in location. Just outside the park across the road is a long ocean beach. It is a good place to look for migrating shorebirds and August is the best month to catch the migration. The beach is also a good place to view seabirds, although you may need a spotting scope. During one visit, my scope enabled me to see a pair of Caspian Terns nesting on a small island in a nearby pond. At first glance, these large terns look like gulls. They can be distinguished by the black cap on top of their heads and their large red bills. Much larger than their common cousins, the Common Tern, Caspians are harder to find. I’ve only seen them around this park and Sandy Lake in western Newfoundland, although there are several other known nesting spots across the island.

In the extreme southwest corner of the island, J.T.Cheeseman Provincial Park is located just before the Town of Port Aux Basques on the Trans Canada Highway.  The main feature of this park is the long sandy beach which is washed by the chilled waters of the Gulf of St. Lawrence. Up to five pairs of the endangered Piping Plover have nested on this beach and park staff, through difficult and conscientious effort, have managed to find a balance between public use of the beach and the critical need of the Plovers. Indeed, the park was once a centre for Piping Plover conservation in Atlantic Canada, with a particular specialty in educating youth.

A couple hundred kilometres north, accessed by the highway leading to Gros Morne National Park, is the spectacular Sir Richard Squires Memorial Park. Established in 1954 as our first provincial park, it is named after Sir Richard Squires, once Prime Minister of the self-governing Dominion of Newfoundland. A large park that protects important habitat for caribou and other species, the most prominent feature of this protected area is Big Falls on the mighty Humber River. The falls are a difficult but not insurmountable barrier to the intrepid Atlantic Salmon. One of my favorite wildlife viewing experiences is to watch in awe as the seemingly indestructible salmon leap – no, fly through the air as they breach the falls. I guarantee you would remember the sight as one of your favorite, too.

This park was the scene of the official celebration held by the provincial government to celebrate the 60th birthday of our parks system I mentioned earlier. Now, I believe it is right and proper to recognize this anniversary and especially the staff who maintain our parks. But, I am compelled to tell you of the disgust I felt when I read the government’s July 31 press release. Specifically, I could not believe my eyes when I saw these words as purportedly spoken by current Minister of Environment and Conservation, Vaughn Granter: “As we celebrate this significant milestone, the Provincial Government continues to establish, protect and manage these natural habitats…”

Simply put, these words are false.

First of all, this administration is definitely not in the business of establishing new parks. Proof in point: there has been absolutely no progress on the establishment of the Eagle River Waterway Park, first promised four years ago in 2010. I would challenge you to name one park that this administration has established, but I would simply be wasting your time.

Second of all, this administration cut parks interpretation and management to the bone. Remember the excellent work done by staff for the Piping Plover in J.T. Cheeseman Provincial Park? Well, no more – the park staff who managed the program to protect one of our most vulnerable species were laid off in the 2013 budget. I have written of the blindingly stupid layoff of the managers at Cape St. Mary’s and Witless Bay Ecological Reserve. When questioned about the destruction of management capacity for these globally important seabird colonies, Tom Hedderson, “environment minister of the month” in April 2013, actually had the temerity to say that anything above and beyond establishing ecological reserves and putting restrictions in place to protect their ecosystems “is gravy”.

Nor is this the first time this administration has stated nonsense. As I wrote in this space not long ago, the provincial government listed road construction and cottage lots under the heading of, “Preservation of the Environment”. Many people may think this is just a case of semantics, but for someone like me who truly values our few remaining provincial parks, I see something different. I see an administration that cares so little about the conservation of our natural spaces that they are comfortable making up and saying anything, regardless of its veracity or logic. The next time this administration makes a statement about protected areas, think the opposite. It’s probably closer to the truth. 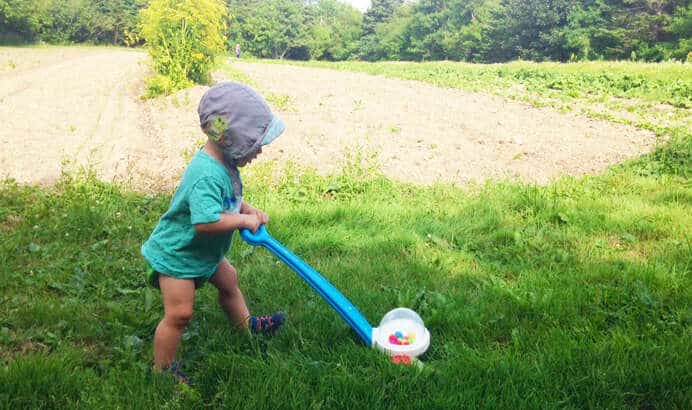 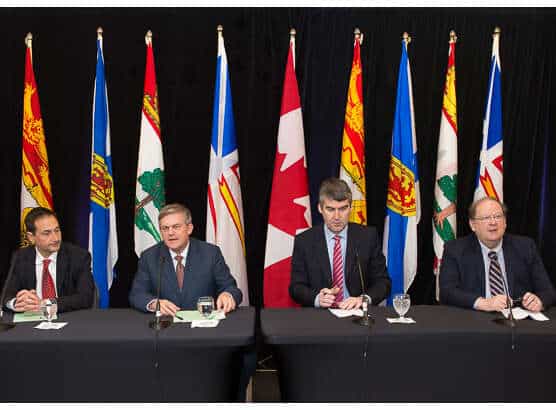