This is the second article in a two-part series that looks at the cuts to core services in Parks and Natural Areas.

“Do not build ‘Disney-like’ attractions in our Provincial Parks. Private parks will take care of waterslides and the like. Instead, keep our Provincial Parks as safe, clean and natural areas where your average Newfoundlander can have an inexpensive vacation.”

Joey Smallwood loved parks. I often call him our “greenest” premier. During his Premiership, he was personally involved in the establishment and astonishingly rapid growth of our Provincial Parks system. Only five years after Confederation, he created the Province’s first provincial park, Sir Richard Squires, in 1954. Over the next 15 years, he embarked on a personal crusade to create one of the finest park systems in North America.

Long ago when I worked for the Parks and Natural Areas Division (“Parks”), I was reading through some typed memos when I noticed a handwritten note in the margins of one memo. It appears the Premier, interested as he always was in parks, took the time to personally comment on a proposal to build some large attraction in one of the parks. Thirty years later, I felt privileged to have seen this note and I have remembered it to this day. Unfortunately, this park system was largely dismantled in the late 1990s when 56 parks were “privatized” – a euphemism that really means eliminated. While some parks are successfully operated as private ventures today, most of the deregulated parks simply disappeared, at least in a protected area sense.

This sad tale reached the heights of folly in the recent budget when the Provincial Park Interpretation program was reportedly eliminated. I had to rely on personal sources for this story – there is no mention of the cuts to park interpreters in any budget document or published story. A recent article mentioned guided hikes in two ecological reserves, but was silent on parks. It is my faint hope that this senseless cut is ultimately reversed.

It’s often said that “we stand on the shoulders of giants” and, in terms of the Provincial Park Interpretation program, I believe this to be true. By the late 1970s, the majority of the provincial parks system had been established. Except for the general landscape and boundaries, little was known about these protected areas. To help address this gap, “naturalists” were hired every summer to catalogue and inventory the parks’ natural features. These naturalists – largely summer students – were also expected to lead guided hikes, where their knowledge of the flora and fauna of the park would bring park visitors closer to the natural world. I remember one guided hike where the naturalist spewed out scientific name after scientific name to the point where I stopped listening. Then, at the summit of the hike, he pointed at a cigarette someone had dropped (it was the 1970s, remember) and simply said, “…and this could all disappear with this one cigarette”. To imagine that the complex world he had described on the hike could disappear with such a small act was startling – although his style was unconventional, he had managed to get through to us the complexity and fragility of some of our ecosystems.

Around the same time, Parks and Natural Areas Division (it had a different name then) was at the forefront of publishing short, simple and easily understood handbooks on the plants, birds and animals of the Province. These included “Native Trees and Shrubs of Newfoundland and Labrador” and “Some Newfoundland Birds”. So important was the goal of informing park visitors that hundreds of these books were printed each year and given away for free. In my opinion, the first book is still an essential handbook for anyone interested in our Province’s natural history.

In the 1980s, the summer student job became more professional and naturalists were referred to as Park Interpreters. Taking more of a story-telling approach, interpreters would use inventive tools like crafts and games to instill an appreciation in park visitors. How many of you have sat around a campfire in a Provincial Park, hugging your mom’s leg while the interpreter led the group on songs like “Rattling Bog”? These positions were more than summer student jobs – they were classified as Seasonal, which is, in many ways, senior to Temporary positions in the Provincial Government.

Park Interpretation is not a nice little thing that we thought of on our own – it’s a globally recognized key component to a provincial parks system. There are national and international associations of interpreters. The profession is studied and researched extensively, with journals specific to the trade.

In our Province, interpretive programs that include guided hikes, campfires, games, crafts, etc. are simply expected by park visitors, both resident and non-resident. Brochures and websites promote the program – I honestly can’t imagine the reaction of visitors when they find out that these services are no longer available.

It can’t be about money

Again, I cannot find any detailed information on the cost of interpretation programs for Provincial Parks – it’s too deeply buried. But, as with most programs, most of the cost probably comes from salaries and, since we’re only talking about Seasonal workers in some of our 13 camping parks, the salary cost can’t be higher than $100,000 (say 10 interpreters at $20/hour for 8 weeks). Even if my estimates are off by 100%, so what? The total salary costs are still less than $200,000. Are things so bad that we have to eliminate such an important but inexpensive part of our parks system? Of course not. There is money – especially if you’re looking for a business subsidy. To me, the only explanation is ideology – it’s easy to cut park interpretation if you don’t agree with protected areas in any way, shape or form.

Although the following topic may not seem to be related to the park interpretation cuts, I believe they are indicative of an anti-protected areas ideology. Parks and Natural Areas Division not only run provincial parks but also the Wilderness and Ecological Reserves Program. Never heard of it, you say? No wonder – in the past 10 years, only one ecological reserve has been established in Newfoundland and Labrador, the worst record in Canada. In fact, Newfoundland and Labrador has some of the best reserve legislation in Canada. Enshrined in the legislation is a requirement for a “Wilderness and Ecological Reserves Advisory Council” or WERAC. The establishment and maintenance of this group is not an option – the legislation requires it. Specifically, Section 7 (1) states that “The Lieutenant-Governor in Council shall appoint up to 11 members to the advisory council…”. I have bolded the word “shall” because, in legal-speak, this means “must”. If the legislation read “…may appoint…” then it is at the discretion of government. But “shall” leaves no wriggle room – Cabinet must appoint members to the Council.

In their 2010-2011 Annual Report, the beleaguered members of WERAC (all of whom were still volunteering in the absence of formal appointments) stated the problem as baldly as they could. “This situation has effectively minimized WERAC’s ability to assume its legislated mandate.” This mandate is not trivial – input from WERAC is required before any reserve can be established.

So, what was Government’s response to this serious issue? Do nothing. Overstated, you think? In a short and chilling appendix (opens as .PDF) in the Department of Environment and Conservation’s 2011-2012 Annual Report (one year after WERAC submitted its last annual report), Government states that “The Council wrote and tabled its Annual Report in 2010-2011, but is now inactive and has no further activity to report on for the 2011-2012 fiscal year.” No more reserves folks – move on, nothing to see here. Nothing, indeed.

What does this have to do with the cuts to the Provincial Parks Interpretation Program? If government can contravene its own legislation by not appointing members to WERAC, what would stop them from cutting iconic park activities like guided hikes and campfire songs?

So, is Joey Smallwood turning over in his grave at these cuts? I don’t think so – the poor man would have done that in the 1990s when we lost most of our parks. This time, I think he has no more tears to shed.

Food sovereignty and other priorities
While many are benefiting from the province's move toward a full-on energy economy, there is little hope for future generations, who will wonder why we… 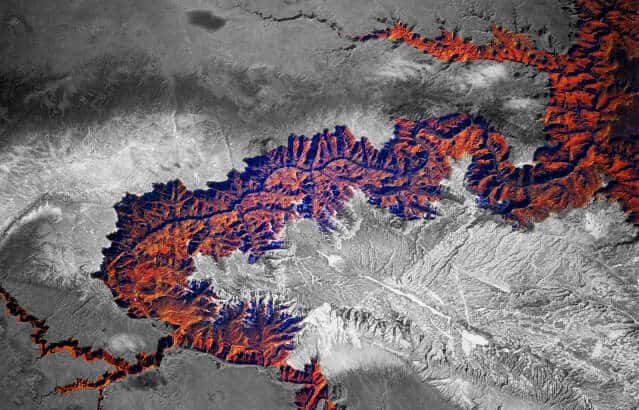 The space between us
Lessons from the 4th International Space Arts Workshop.