Regular readers of this column will be familiar with my frustration regarding the state of natural heritage conservation in our province. We are losing ground on nearly every front. Our protected area record is the worst in the country. Well-meaning local conservation groups suffer from a lack of provincial government funding and several have closed their doors for good. Over the past 20 years we have raised a generation without any meaningful or deliberate public debate on environmental protection. Consequently, most of our youth have a limited concept of the value and need for protected areas. But, even in these unenlightened times, there are occasional beacons of hope for a more active, informed and engaged society.

The Stewardship Association of Municipalities (SAM) is one such beacon. SAM is an incorporated, non-governmental organization of towns and cities that have signed an agreement to protect wetlands within their boundaries. A uniquely Newfoundland and Labrador response to the continent-wide effort to protect wetland habitat for waterfowl, SAM has grown from a few forward-thinking and conservation minded communities to an assemblage of more than 30 towns and cities.

A little more than a year ago, I wrote a column singing the praises of SAM. I wrote then, and still believe, that SAM has the capacity to become the greatest force for conservation in this province. I believe this for two reasons. First, SAM members have, one and all, conserved some areas within their municipalities. They have experienced first-hand the challenges and rewards of real conservation work. Second, and more important in my view, is that many of the individuals who attend SAM meetings are municipal politicians. Members of the House of Assembly may find it easy to dismiss or ignore volunteers or staff from conservation groups, but, if they are smart, they pay more attention to municipal leaders. Often, these civic-minded individuals are political party fundraisers, organizers or even party executive members. It is my hope that some of these local leaders move on to provincial politics and take their hard won conservation knowledge with them.

But in the meantime, SAM has already taken a great leap forward for conservation in this province. On Oct. 9, the association announced the SAM Conservation Fund. The urgency and need for such a fund cannot be overstated, as I’ve written before. Indeed, I mentioned SAM as one of the few groups in the province with the drive, capacity and understanding necessary to put such a fund in place, and they haven’t disappointed. I’d like to thank Geoff Gallant, President of SAM and Deputy Mayor of the Town of Torbay, for taking the time out of his holiday weekend to answer my questions.

DOUG BALLAM: Why was the fund established?

GEOFF GALLANT: The fund was established to create “a sustainable solution, to a sustainability problem”. There was need to establish a self-sustaining source of wildlife habitat conservation funding in this province which specifically targets stewardship and conservation right here at home. Once this fund is large enough it can provide a significant measure of financial stability and independence for Newfoundland and Labrador stewardship activities for generations to come.

DOUG BALLAM: What are eligible projects/activities under the fund?

GEOFF GALLANT: Short term, the fund will be used to provide scholarships to post-secondary students enrolling in environmental disciplines. Long-term, the vision for this fund is to grant realized equity from the fund to Newfoundland and Labrador charities who are seeking to undertake wildlife habitat restoration, enhancement and stewardship projects in this province. This could range from anything from nest boxes, to educational programs, to habitat restoration projects… the potential is really only limited by the size of the fund.

Due to the current size of the fund, we anticipate scholarships will be in the range of $1000 and we may be in a position to recommend more than one such scholarship. We anticipate the first scholarship being given to a student in time for the fall 2015 school year.

DOUG BALLAM: How much money is in the fund and where did the initial funds come from?

GEOFF GALLANT: SAM made an initial investment of $20,000 in 2013. The fund currently sits at ~$30,000. The initial deposit was comprised entirely of SAM’s internal funds realized from contract administration and accumulated savings.

At the Newfoundland Environmental Industries Association (NEIA) conference SAM announced a $10K donation from the [Provincial Department of] Environment and Conservation!

DOUG BALLAM: Are there plans to increase the fund?

GEOFF GALLANT: Absolutely! SAM has established a Fundraising Committee with the goal of building the fund to realize its long-term vision. We intend on launching an awareness and fundraising campaign throughout 2015. Hopefully culminating in a fall 2015 event where we can announce our success and thank our sponsors.

GEOFF GALLANT: We intend to pursue a multi-pronged approach to fundraising. Now that the word is out about the fund, and it has been so well received, we intend on approaching the many environmentally responsible corporate citizens that do business in our province. We will also use our partnerships to reach out to the general public through a number of smaller scale fundraising events across the province.

DOUG BALLAM: What are the assessment criteria for proposals?

DOUG BALLAM: Is there a proposal deadline or are projects accepted at any time?

DOUG BALLAM: Who administers the fund?

GEOFF GALLANT: This fund is administered by the SAM board of directors.

And there you have it. Not only has SAM lived up to their potential, they’ve exceeded it. In the future, their efforts may halt or even reverse the decline in conservation this province has experienced for years. But, in the present, they deserve our congratulations and chequebooks. While I run to write out my cheque, I’ll give Gallant the well-deserved last word.

“I hope this fund will go a long way to help promote and protect the beautiful natural environments we have closest to our communities and daily lives – and establish a ‘Stewardship Ethic’ we all want to see in the next generation.”

Keep up the good work
In response to two columns offering two very different but thoughtful perspectives on the Judy Manning appointment... 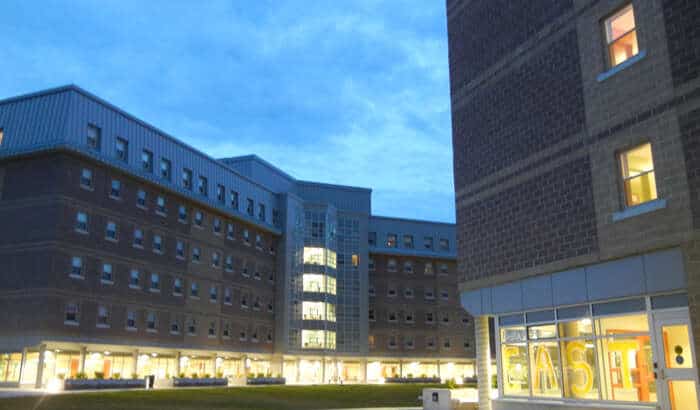