Would industry be as quick to use natural ponds as tailings impoundments if they had to pay full market value?

I remember when Provincial Parks gave out the excellent “Trees and Shrubs of Newfoundland” for free to any park visitor. This wonderful little book, written and illustrated by Glen Ryan, provides an easily understood introduction to plant identification. Yet, because it was free, recipients gave the book little value. It was not unusual for me to see abandoned copies littering campsites or partially burned in fire pits. Once a nominal fee of five dollars was charged for the book, this abuse disappeared. No one was going to pay for a book and then throw it away. The book never changed – just people’s appreciation of its value.

Recently, the Sandy Pond Alliance to Protect Canadian Waters lost its court case in the Supreme Court of Canada. The alliance, comprised of groups like the Sierra Club of Canada, the Council of Canadians and the Natural History Society of Newfoundland and Labrador, is opposed to the use of natural ponds and lakes as tailings impoundments.

Mines use a lot of water. In the past, mining companies were required to construct artificial impoundments to catch and hold this water, which – everyone admits – is contaminated. In 2002, however, the Government of Canada amended the Fisheries Act to allow companies to use natural ponds and lakes (you will hear this amendment called “Schedule 2” or the “Metal Mining Effluent Regulation”). It should come as no surprise that our Province was the first in line to apply this amendment. Now that the “dam has broke” (sorry), mining companies across Canada are lining up for permission to use natural bodies of water. Some sources report that 20 ponds and lakes are under threat.

Artificial tailings ponds can also be an environmental liability

The appeal for industry is obvious. Some believe that using natural bodies of water is actually safer because lakes and ponds “do not leak, compared to the manmade structure…” The first part of this statement leaves me scratching my head – very little in the natural world is completely unconnected with anything else. But I certainly agree with the second part. Artificial tailings ponds do break, and we don’t have to look far for an example. In December 2012, a dam associated with the tailings pond for the abandoned Gullbridge mine site near South Brook broke. South Brook’s water supply was threatened and residents were forced to rely on bottled water. Thankfully, no contamination has been detected. Millions of dollars in taxpayers’ money is required to fix the problem since the Gullbridge mine is considered an “orphaned mine” (e.g. no company is being held responsible).

Money is the bottom line

Industry advocates stress that environmental safety is the primary goal. I find this disingenuous at best. In the Sandy Pond case, reports put the price tag of an artificial tailings pond at $490 million while the use of Sandy Pond would cost $62 million. That gives industry 430 million reasons to dump hundreds of thousands of tonnes of mining reside in the Pond. If it cost more to use natural bodies of water, we wouldn’t be having this debate. This is not a blanket tirade against mining. The industry is essential to our economy and way of life. It just seems to me that there must be a better way.

Personally, while I am horrified at the loss of Sandy Pond, I have bigger questions. Where do we stop? Do we have a limit on the number of lakes we’ll sacrifice? Is there a magic figure of jobs or revenue that would necessitate the destruction of a lake? In her recent judgement, Justice Elizabeth Heneghan said, “The will of the people, with respect to (Schedule 2), can be expressed at the ballot box.” In my opinion, this use of our aquatic legacy deserves a referendum, rather than hope it will become an issue in a federal or provincial election.

Did industry pay anything for Sandy Pond?

I would have an easier time swallowing the loss of Sandy Pond if I knew that Vale was paying market value for the pond. Market value is usually defined by something called “highest and best use”. In other words, the value of a property is determined by the most expensive thing it could potentially be used for. I won’t hazard a guess at the highest and best use of Sandy Pond except to say that I’m fairly confident that it would be higher than “zero”. That’s what Vale paid the people of Newfoundland and Labrador for this pond. I can find no reference to any specific real estate transaction for the pond. Maybe it was part of the benefits agreement signed with the provincial government, but I doubt it. If there was such a transaction, it would have been made public. Until industry is required to pay fair market value for these ponds and lakes, they will continue to vigorously use Schedule 2 of the Fisheries Act to obtain them for use in dumping contaminated water.

I applaud the work of the Sandy Pond Alliance. They may have lost one battle but the war can still be won. Requiring industry to pay market value for these natural bodies of water would, ultimately, force them to find a better solution.

Have baby, will travel
Travelling with a child can be exciting and rewarding 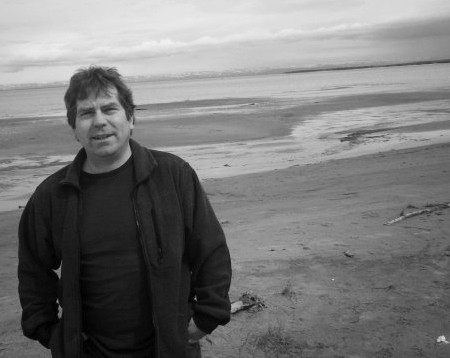