But as with all good opportunities, we must act to take advantage of them.

On Feb. 11 the Government of Newfoundland and Labrador launched a review of the Lands Act. This legislation guides how government manages Crown Land. We call land administered by the provincial government “Crown Land” because, in theory, public land is owned by our head of state (e.g. the Queen) and administered by Her representatives, the government.

The legislation also deals with how a piece of land can be given or sold to a private individual, as well as “adverse claims” (which occur when there are competing claims for the same piece of land). This review was long overdue and presents an opportunity to modernize a very cumbersome acquisition process.

The review also presents an opportunity to discuss a relatively unknown conservation tool in Newfoundland and Labrador. Before we discuss this tool, however, let’s look closer at the current review.

A lengthy, costly and frustrating process

Anyone who has acquired Crown Land knows that it can be a lengthy, costly and frustrating process. In another life, I was involved with the acquisition of land. If memory serves, I was involved with obtaining about 22 pieces of land. The thing is, not a single one “closed” on time. When you formally enter into an agreement to acquire a piece of land, you sign a document that includes a date by which you must have all the t’s crossed and i’s dotted. If the transfer is not completed, then all parties must agree to extend the deadline which results in delays, increased legal fees and no small amount of frustration. The current review of the Lands Act could help address this problem by cleaning up the sections dealing with adverse claims and unauthorized occupancy, among other things. The public meetings phase of the review ended on April 7 and the final report is due on June 1.

The conservation opportunity I mentioned earlier deals with a small section of the Act referring to easements. An easement is a legally-binding condition placed on a piece of land (or other property, like a house). Most homeowners will be familiar with this term, as many residential properties have easements for service poles and power lines. Very few people, especially in Newfoundland and Labrador, would be aware of the term ‘conservation easement’, however. These easements are intended to protect some aspect of the natural environment. As with the details of the Lands Act, conservation easements can be quite complicated. An in-depth discussion is beyond this column, but I’ll walk through an example to give you an idea of what they’re about.

John Bloggins owns 20 acres of forested land on Salmonier Line. He is getting up in age, but remembers fondly the many days spent exploring his land as a child. He saw the same excitement and wonder in his own children as they adventured through the mossy forest. He considered subdividing the land and selling it for cabin lots, but he just couldn’t bring himself to do it. Although he stood to make oodles of money, he felt he would be betraying his memories. Better to pass on the land as a block to ensure it remains intact and provides another generation with the opportunities his family had.

To his surprise, he received an added benefit. Since no one would be able to cut the trees on his property, the land value was correspondingly less the value of the cut timber. The approved conservation group had the authority to issue a charitable receipt for the value of the timber which he could then claim over one or more tax years. Eventually, he passed the property on to one of his children who went on to observe another generation enjoying the land and uncut forest.

Conservation easements are one of the fastest growing conservation tools in Canada. As of 2011, 1,359 conservation easements covering 318,807 acres were established. One of the best reasons to use this tool is to protect habitat for species at risk. In these cases, small parcels of land can have a large impact on the survival of the species; a few acres with several nests of the endangered Red Crossbill can contribute a lot to their survival. So, how are we doing in our province when it comes to conservation easements?

The only province without legislation on the subject is…

You guessed it — dismally. We are the only province in Canada without specific conservation easement legislation. The Lands Act does allow for government to establish easements, but there are much better tools to protect Crown Land (e.g. Wilderness or Ecological Reserves). Easements are designed to protect features on private land. With some estimates placing the amount of private land on the island at 383,005 acres, it is past time to explore this conservation opportunity further.

This Spring also brings another conservation opportunity — or at least an opportunity to discuss conservation action. On Wed. May, 13, the Newfoundland and Labrador chapter of the Canadian Parks and Wilderness Society and NatureNL will hold a Parks and Protected Areas Forum at the Fluvarium in St. John’s (full disclosure – I am a board member of NatureNL). The last time we held a discussion like this in our province that I can remember was the 2006 “Valuing Nature” conference in Corner Brook. This forum includes a presentation from Alison Woodley, an expert on protected areas who will provide an overview of progress across the country.

The event will also include a panel discussion and, hopefully, an opportunity to draft a resolution for action. If you are concerned about protected areas in our province (and, if you’ve read any of my columns, you would have seen that we have much to be concerned about), then I encourage you to attend some or all of this important forum. As with a discussion on conservation easements, it is past time we had a public discourse on protected areas. 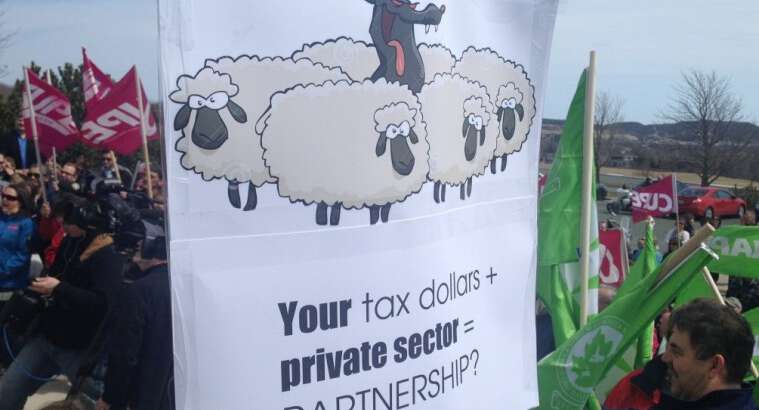 Labour unions rally against privatization
The government's recent announcement it will privatize long-term care through public-private partnerships has the labour movement and both opposition parties crying foul, arguing people must… 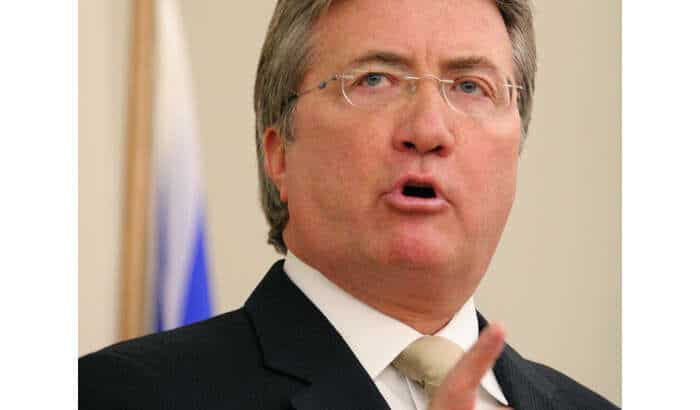 Our squandered pride and prosperity
After reaping upward of $20 billion in offshore oil revenues in a decade, we have little to show for government's reckless spending. After years of…