We need an East-West oil-money pipeline in NL

As a child of the 70s and 80s, I like Chris De Burgh. His Christmas song A Spaceman Came Traveling is one of my favourites. My wife and I attended one of his concerts some years ago. The music was great and Mr. De Burgh chatted with the audience in a genuine and intimate manner. One thing he said has stuck with me – in an almost apologetic voice, he said that he had been coming to St. John’s for years and, for a long time, the city looked like it was going through rough times. But, recently, he noticed new construction and a “hopeful, positive spirit” permeating the city. He smiled gently and said we deserved it.

Few could argue with the fact, however, that the Northeast Avalon has received the bulk of this prosperity. I’m not talking about government spending due to oil revenues. I’m talking about the funds oil companies give to community groups. To some degree, the spending on the Northeast Avalon is warranted. The region supports the largest concentration of people in the province. We are closest to the resource and the people that make the decisions largely live here. Yet, I believe that the time has come and passed for a greater portion of this wealth to move westward. There’s more than enough to go around.

Oil Money is there but it’s hard to find

Accessing this “oil money” is not easy. The first hurdle is to gain an understanding of how oil companies conduct their community support. As someone who has looked into this issue for several years now, I only have a basic understanding. I’ll try my best to tell you what I know. First, oil companies have their own internal philanthropy programs. That is, each company sets aside funds to distribute to community groups. Funding proposals are usually vetted through employee committees. This community support is a regular part of their business and is not tied to any benefits agreement. Similarly, the partners involved in a major oil project like Hibernia may band together and fund groups under the banner of the project. Funding from these sources is modest by industry standards, but quite high for the fledgling Newfoundland and Labrador philanthropy market.

This funding, however, is dwarfed by the spending required under benefits agreements. Each company is required to spend a portion of the total project costs in research and development and education and training (referred to as R and D and ED and T, respectively). This is not an option – it is required by law. That’s probably why it’s largely impossible for anyone outside the Canada – Newfoundland and Labrador Offshore Petroleum Board (CNLOPB) to figure out exactly how much money must be spent under this umbrella. But it’s big.

Mathematical formulas are used to determine how much money must be spent. I won’t punish you by writing them here, but suffice it to say that the amounts vary depending on how much the companies spend on each stage of the project, the subsequent revenues and the price of oil.

In basic terms, the primary consideration for a research and development expenditure is industry need. That is, if the industry needs research conducted into extracting oil, then this work gets priority. This is precisely what happened this summer, when the Hibernia partners contributed $1.7 million toward an oil recovery research facility at MUN. The document – Appendix II Guidelines for Research and Development Expenditures – is a must-read for anyone seriously interested in accessing these funds. This seven-page report outlines the spending requirements and eligibility criteria. Careful reading is necessary. Under research and development, for example, four definitions of applicable scientific research are provided (e.g. basic research, applied research, etc.) However, at the bottom of this list, almost as a footnote, is a statement that “…eligible R and D expenditures may extend beyond science and technology to include research in such areas as … socioeconomic and environmental matters.” The guidelines under education and training are similarly defined but somewhat broader.

Another essential consideration for potential applicants is that the CNLOPB decides whether a proposal fits under these guidelines. That’s why it’s essential for any group interested in accessing these funds to work closely with the company in question when developing their proposal. You could spend valuable time and resources putting together a proposal only to find that the company rejects it because they believe it will not meet CNLOPB criteria. So in my opinion, the key to accessing these funds is to make contact with a company and develop a relationship with key people so you can work together on a mutually beneficial project that will meet the criteria. Going solo and hoping for the best is not likely to succeed.

Rural groups need to band together

And many have succeeded, just not many outside the overpass. Unless there is a concerted effort from the provincial government, the CNLOPB or the companies themselves, this is unlikely to change. We are all susceptible to Ballam’s Law: attention is inversely proportional to the distance from the source (my version of ‘out of sight, out of mind’). I believe that lobbying by a provincial group like Municipalities Newfoundland and Labrador or the Stewardship Association of Newfoundland and Labrador may prove necessary to get the ball rolling. One selling point is that $10,000 in rural Newfoundland and Labrador will get you a lot more than $10,000 spent in St. John’s.

So in closing, my New Year’s wish is for rural leaders, government and industry to work together to more equitably distribute these important monies. There are only 550,000 or so of us, and we all deserve to benefit from our offshore wealth. 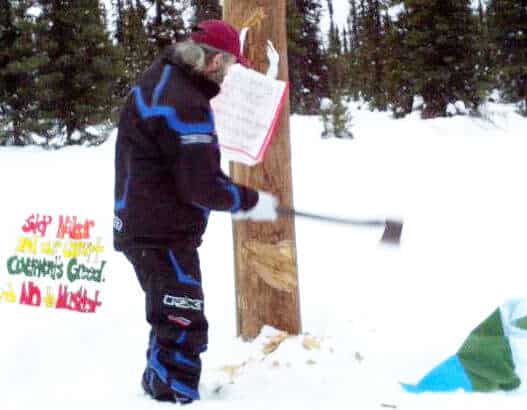 Damned if you do, dammed if you don’t
A Port Hope Simpson man says he had "no choice" but to break the law in taking a principled stand against the Muskrat Falls megaproject.…