Why we need a buffer around Gros Morne National Park

And all of our protected areas, for that matter.

“Gros Morne National Park is one of the national treasures that make us proud to be Canadians.”
—Open letter to the Premier of Newfoundland and Labrador and the Prime Minister of Canada, signed by more than 30 artists and scientists, Jan. 5, 2015

Welcome to 2015 and my best wishes to you and yours.

For me, the year started out on a bright note. On Jan. 5, over 30 artists and scientists signed an open letter calling for a buffer zone around Gros Morne National Park. They were concerned because there have been a number of developments proposed within and near the park in recent years, including hydraulic fracturing and the Muskrat Falls transmission line. It was only last September that I lamented in this column that we didn’t have public figures standing up for environmental conservation in this province. While some may question the “star power” of the individuals who signed the letter, I think it was a brilliant move. If one judges the success of such a letter by the attention it garnered in the media, then I think it was an unqualified success.

Of course, the true measure of success will be if such a buffer zone is actually put in place, but more on that later.

How much is enough?

Back in the day when I made my living designing protected areas, the most common question I heard was, “How much is enough?” — as in, how much land do you need for this particular park/reserve? This question, most often heard from senior government officials, politicians and industry representatives, is a fair one. I wish I had a simple answer, like the supercomputer in Douglas Adams’ The Hitchhiker’s Guide to the Galaxy. When asked what was the answer to the ‘Ultimate Question of Life, the Universe and Everything’, the supercomputer responded: “42”. But, the truth of the matter is that the optimal size of a protected area depends on a variety of factors. For me, the most important factor to consider is the objective or goal of the protected area.

For example, if you are designing a protected area to preserve a fossil bed, like the globally-important Mistaken Point Ecological Reserve, you don’t need to protect hundreds of square kilometres. You can basically get away with the fossil bed and enough additional land to manage visitors.

The story changes if you are designing a protected area for an animal. A good example is the Newfoundland Pine Marten. The Little Grand Lake Provisional Reserve was designed specifically to capture a viable population of marten on the west coast of the island. To capture a viable population you needed enough land to sustain 50 female martens. Since each female marten needs an average of 10 square kilometres, in theory the reserve needed to be 500 square kilometres (50 marten times 10 equals 500 square kilometres). The reserve, which is still only under interim protection after more than 15 years, is thankfully larger than that.

I say thankfully because when it comes to protected areas for animals or plants, bigger is better.

Bigger because, despite the oversimplified marten example I just gave, we just don’t know enough about our natural ecosystem to accurately and definitively account for every nuance and variable. Politicians and planners do not like this uncertainty. In my experience, many people often used this uncertainty as a weapon to discredit protected areas efforts. The people who did that were just looking for any excuse. I found these arguments to be universally hypocritical. The same people would not bat an eye if a major oil company told them that they were unsure how much they were going to spend in exploration in the coming year because the market is uncertain.

For that matter, we can’t predict how much we ourselves will be paying for oil a month from now. How can we predict how much land marten will need to survive given the fact that the landscape changes over time and marten move around? The best we can do is use science to inform our decisions.

Protected areas are not islands

And science is telling us that protected areas cannot be islands. That’s the real message of the Gros Morne letter and a point that many decision makers don’t seem to get. If you were to allow any and all industrial development to occur right up to the boundary of Gros Morne National Park, it would not take long before the park would suffer (in technical speak, it would lose its ecological integrity).

To put it in human terms, I live in a pleasant residential neighbourhood in Mount Pearl. My neighbourhood is pleasant because it is residential. If my house was in the middle of an open pit mine or a major industrial site, I don’t think it would be so pleasant. And medical science tells us that it would not be particularly healthy, either.

Instead of being islands, parks and wildlife areas must be able to interact and merge with the surrounding landscape.

It’s the same with protected areas. Instead of being islands, parks and wildlife areas must be able to interact and merge with the surrounding landscape.

I’m sure at least one of the signatories of the Gros Morne letter completely understands this. The astronaut, Dr. Roberta Bondar, has seen our beautiful planet from space. She knows that our global ecosystem is all about connectivity — that plants and animals do not recognize boundaries. The buffer zone that she is calling for is not a land grab or extension of Gros Morne. It’s a zone where you carefully regulate activities and monitor disturbance.

“No man is an island” and neither are protected areas.

The federal and provincial governments should immediately form a group to study the parks boundaries and make recommendations on the type and level of activities that should occur outside its boundaries. The United Nations has produced guidelines that can provide some direction and other jurisdictions have already recognized the need for buffers around some of their most important protected areas. If government doesn’t move on this, I hope they enjoy reading letters, because this issue is not going away. 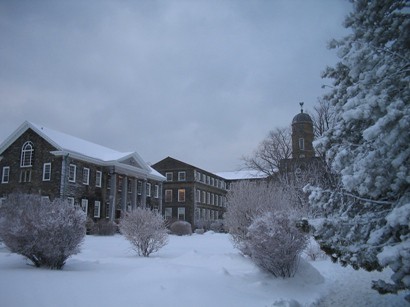 A kick in the teeth
Senior dentistry students at Dalhousie University abuse women online, and the university administration seems more concerned with protecting them than addressing the problem of woman-hating… 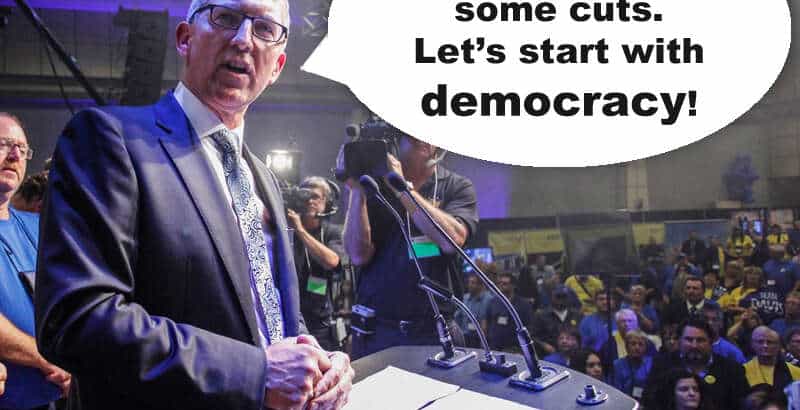 Less representation! Fewer local jobs! Sure, that’ll fix everything.
A looming deficit is no justification for making awful decisions.