Will the Liberals bring back conservation?

With a new provincial government comes new hope on the conservation front, it seems.

In case you missed it, the new provincial Minister of Environment and Conservation’s mandate letter contains some of the most hopeful language for conservation we’ve seen in this province in more than 13 years.

Lake Melville MHA Perry Trimper was also entrusted with the climate change and energy efficiency and three other portfolios, but as the person responsible for the conservation of Newfoundland and Labrador’s currently under-protected natural environment, he has an opportunity to make his mark and leave a legacy that future generations will undoubtedly benefit from and appreciate.

Before we talk about how good things can be, we must understand how bad things were.

The government that ignored conservation

With the exception of the Mealy Mountains National Park Reserve that was established towards the end of their mandate, the Progressive Conservative governments since 2003 have, without exaggeration, completely ignored conservation.

Sure, they established a couple small ecological reserves but the fact of the matter is that the successive PC administrations from Danny Williams to Paul Davis disagreed with the concept of protected areas, despite campaign promises that convinced us otherwise.

With the establishment of the Mealys, I could almost forgive them for failing so spectacularly. But I can’t bring myself to do it because they almost had no choice when it came to this fantastic protected area; it is a federal national park and will not have to be operated or protected by the province. The provincial government’s most important action was to transfer the land to the federal government.

The park was also in the works for literally decades and was married to Aboriginal land claims and relationships with the Indigenous groups in Labrador. Nonetheless, I believe the Mealys will stand as the PC’s longest legacy — longer than it takes for us to dig our way out of the fiscal hole they dug for us.

Given conservation was paid only lip service by the PCs, I was fully expecting to see some brief mention of the topic when I clicked to read Trimper’s mandate letter online.

To my surprise, after a preamble about transparency and blah, blah, blah, lo and behold the top priority listed for the new minister was “Environmental Protection”. Better yet, the first words under that heading acknowledged that “[a]dvancing protected areas planning is central to environmental and cultural conservation, as well as to sustainable development.”

Best of all, the letter directs the minister to “publicly release a Natural Areas System Plan in collaboration with your colleagues.” This plan, which is literally 20 years overdue, simply lays out the conservation areas necessary to protect our different ecosystems, instead of plugging away at them on an ad hoc basis.

Could it be true? Could the new government place conservation areas and planning before other issues mentioned in the mandate letter? Would Newfoundland and Labrador finally join the rest of the western world and bring our conservation program into the 21st century? Even though this mandate letter only consists of words on paper, I still felt an unreasonable urge to celebrate.

I say “unreasonable” because it will take more than fuzzy feelings to turn these words into actual conservation action. The minister and his staff will need a thick skin. As much as I love Newfoundland and Labrador, I have to admit that many of us can be as crooked as sin and unbearably entitled.

One has only to look at the ill-informed (read: ignorant) comments from some people regarding the purchase of private land by a charity on the Salmonier Line. The comments usually go like this: “I don’t trust these people. They’re using government money to lock away land and keep us from our traditional rights.”

I would bet $50 that if this charity received any money from the provincial government to buy land for conservation, it would look suspiciously like Monopoly money (e.g. in that it doesn’t actually exist). Furthermore, the conditions on the land set by the charity allow for almost every traditional activity. Yet, the idea of limiting human activity in any way on the landscape appalls many Newfoundlanders and Labradorians.

[The Dept. of Environment & Conservation] should empower the majority of Newfoundlanders and Labradorians who, I believe, have been waiting for government to provide some conservation leadership.

My point is no matter what Minister Trimper and his staff say or do, they will invariably meet with vociferous and vocal opposition. Instead of winning these cave people over, however, I suggest they try another tactic.

They should empower the majority of Newfoundlanders and Labradorians who, I believe, have been waiting for government to provide some conservation leadership.

The first step is to lay out the facts — the good, the bad and the ugly.

Although many communication professionals would tell you that you must focus on the positive, Newfoundlanders and Labradorians are largely conservation illiterate. You can’t avoid a public discussion on protected areas for more than a decade and then expect the general public to be immediately on board with a conservation plan that will change the face of our province forever.

Instead, the ground work must be carefully prepared by making the case for conservation. We’ve done it before; think about how far we’ve come with recycling in the past number of years.

Still, this is a tall order, but one that can be filled with some hard work and good advice.

Speaking of which, the provincial government would be well served by seeking advice and assistance from the few conservation groups we have in the province. The Department of Environment and Conservation will need all the allies it can get, and where better to look than those groups who have been holding the line for the past 13 years?

The government will also need to recruit regional champions. These should be people who live in a particular region, are familiar with the area’s idiosyncrasies and can provide a degree of legitimacy to the consultation process.

And, most importantly, the government will need to be flexible enough to recognize that special considerations may have to be made to accommodate local traditional uses without compromising the ecological integrity of the proposed conservation areas.

The right person for the right job

I will close by highlighting another reason for hope.

Perry Trimper may be new to the minister’s chair but he’s certainly not new to conservation planning. I worked with Mr. Trimper some years ago and can attest that he gets it — he has an in-depth knowledge of conservation science and is aware of our sad lack of progress.

Simply put, with the new mandate and Mr. Trimper at the helm, the province has never been in a better conservation place.

Environment is generally the most junior portfolio around the cabinet table, and past attempts to move forward on the Natural Areas System Plan have been crushed by the more senior departments. But, you know, I’ve never been more hopeful than I am right now and my warm, fuzzy feeling still hasn’t gone away. 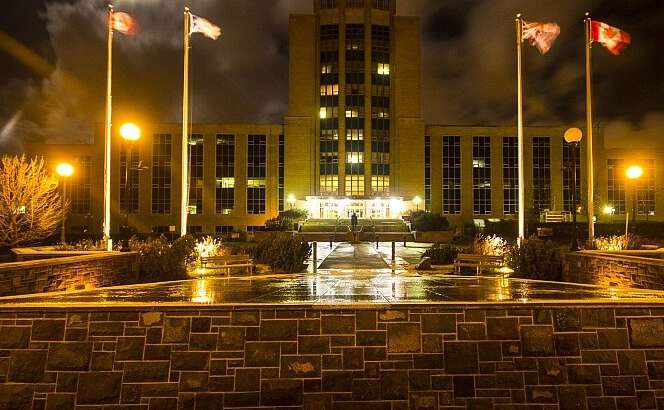 N.L.’s fiscal crisis was not inevitable
Yet our politicians tell us we all must pay.