A tale of two Tories

Opposites attract, except when you’re Conservative leaders speaking out on the role of public servants in politics.

Stephen Harper probably didn’t realize the storm of controversy that was about to be unleashed when Environment Canada scientist Tony Turner was suspended for making a song about him.

Or maybe he did.

Harper’s governance and campaigning has been characterized by a marked indifference to public opinion. Still, the suspension of the scientist for the very thing he was protesting—a muzzling of civil servants and the restriction of their public engagement—has sparked an important debate around the rights of public servants to engage not just with the public and media, but with the broader political process. Harper has tried to push an agenda of curtailing and restricting the rights of public civil servants to play any public role, let alone a political activist one, and it’s raised intense opposition.

Across the country in St. John’s, a very different scenario unfolds: a premier who is also running for re-election, and who is so keen on civil servants participating in politics that he’s recruiting the ultimate civil servant—police officers—to appear in his campaign ads.

This too has sparked outrage and controversy, but from the other end of the spectrum, with commentators and the public alike wondering about the appropriateness of police officers engaging in politics.

Newfoundland and Labrador Premier Paul Davis, running for re-election in November as leader of the province’s Progressive Conservative Party, has adopted an unapologetic tone, defending the rights of police officers to engage in politics. In defending the officer, and himself, Davis has taken an interestingly pro-activist position. He told The Telegram “that the prohibition on RNC officers engaging in political activity is probably unconstitutional.”

Put his words and actions together, and Davis is essentially making a case for civil disobedience, preemptively breaking laws that are “probably unconstitutional.” Who would have guessed that our former police officer premier would turn out to be such an activist?

Put his words and actions together, and Davis is essentially making a case for civil disobedience, preemptively breaking laws that are “probably unconstitutional.”

It is, of course, deeply ironic that it’s two Conservative leaders who are at opposite ends of the spectrum on this issue, but the two extremes help to bracket the fundamental issue that’s under debate here: whether civil servants should be involved in politics.

Fundamentally, I have to agree with Davis. All civil servants—including police officers—ought to be entitled to the right to engage in politics. As a democracy, politics lies at the core of our society. It’s something that’s forgotten far too often, and is often deliberately swept under the carpet by elites and entrenched interests who recognize the fact—and often fear it—that democratic politics has the potential to dramatically transform our society.

Nothing is above the reach of democratic politics. There is no economic rule, no business practice, no law, no aspect of our day-to-day lives that cannot be totally and utterly changed through the democratic process. Unfortunately—or fortunately, from the perspective of those who benefit from the way things are now—few people actually become politically involved, and so although we live in a society where technically anything is possible, fairly little ever actually seems to change.

Either way, the point is that in such a society it’s a basic foundational point that all members of that society have the right to participate and shape the society, regardless of gender, ethnicity, class, or other distinguishing identity markers, including occupation.

Yes, civil servants have a particular interest in politics and in the outcomes of elections, but then so do all of us. If we sometimes forget that the outcome of an election affects us and our families every bit as much as it does a senior civil servant, then we ought to be reminded of the fact from time to time.

The same goes for police officers, although in their case it does make sense to exercise caution.

What distinguishes police officers as civil servants is the fact that they are one of the only groups of civil servants authorized to carry weapons and use violence when necessary to enforce the laws that we as a society collectively develop. This requires them to do their job whether or not they support the laws they’re called upon to enforce. And the fact they are allowed to carry weapons when they do so makes their objectivity and balanced judgement even more important. But it doesn’t change the fact that they are also members of our democratic society, with important insights and perspectives that can help shape social and political debate.

Everyone deserves the right to be involved and to share our views, to fight for what we believe is right within the parameters of the political and democratic rules that we’ve collectively established.

The idea that police officers shouldn’t engage in politics lies behind the same idea, which held sway for a long time, that officers shouldn’t form labour unions. Police officers—workers, like all the rest of us—have fought against that idea for decades, and have achieved significant progress in demanding rights as workers and especially the right to representation and to collective bargaining.

They haven’t achieved the same labour rights as many other workers, but the struggle continues. And the fact they’ve engaged in that very political struggle for collective representation and for workplace rights has revealed that police forces are as impacted by the politics of our society as any other workplace.

Yes, we must maintain extra vigilance to ensure that their political participation does not exceed the bounds of the law or bear greater weight than any of the rest of us.

That’s the fear, really: if police officers engage in politics, how will they react if called upon to defend the democratic right to protest of a political organization which they personally or collectively oppose? But our democratic society has many such potential pitfalls, and is based on the principle of giving each other the benefit of the doubt, and having faith that we will overcome the lure of abusing the democratic process. And if mistakes are made or lines crossed they must be swiftly dealt with.

The point is, we are a political society, and a democratic society. Everyone deserves the right to be involved and to share our views, to fight for what we believe is right within the parameters of the political and democratic rules that we’ve collectively established. That remains the case whether one is a federal climate change scientist posting a song on YouTube, or an off-duty police officer appearing on a campaign video.

Of course, if he wants to really demonstrate the sincerity of his beliefs, Davis ought to speak out in defense of the climate scientists as much as he does his police colleagues. We’ll see. 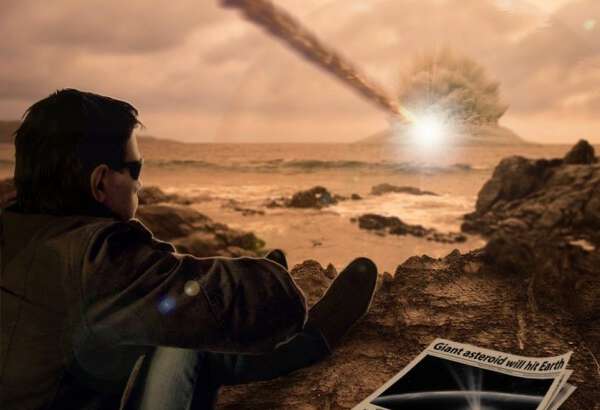 Daily dose of doom and gloom
Everything is not awesome and everyone knows it. 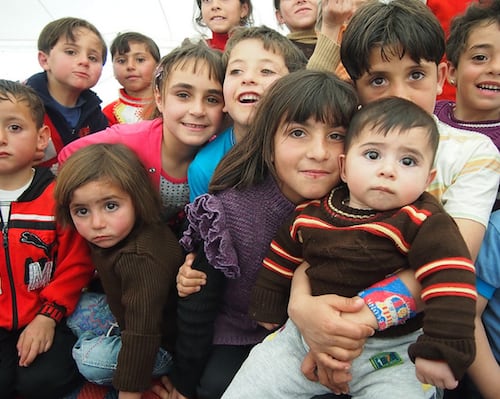 The origins of our refugee crisis are not found in a photo
"Human beings cannot be born with characteristics that may be unsuited to a particular place. Human beings are not cargo, nor collateral nor a Head…