Outrage over revelations of the secretive militarization of Canadian police forces is growing. Sparked by media investigations in the wake of the highly publicized protests in Ferguson, Missouri, where the heavily militarized response of police to mostly unarmed and peaceful protestors has been decried as excessive and barbaric, facts are emerging which reveal Canada’s police forces have also been quietly bulking up on military equipment that many would consider unnecessary, counter-productive, and a profligate abuse of public funds and taxpayer dollars.

The National Post reported earlier this week on the acquisition of armoured personnel carriers and tanks by police departments across the country. Police spokespersons have defended the purchases; one spokesperson in New Glasgow, NS was quoted in the National Post: “Our police force wants to prepare for anything we may encounter.” Meanwhile, also in the Post, a Windsor, Ont. police spokesperson described their purchases: “A lot of media like to call it a tank. We call it a rescue vehicle.”

More difficult to explain has been the recent purchase by the RCMP of a used South African Heroine Class Type 209 diesel-electric attack submarine. Built in Germany, the Heroine class attack sub can operate at a depth of 500 metres, and carries just over a dozen torpedoes. It’s equipped with a CIRCE torpedo counter-measure ejector system, and can also be outfitted with short-range fibre-optic guided missiles that render it extremely effective against antisubmarine helicopters and enemy patrol aircraft. A mine detection system is optional.

RCMP spokespersons have defended the purchase, arguing that policing in today’s world requires a force capable of responding “in multiple operating environments”. The attack sub will be particularly vital in defending offshore oil platforms from burglary, say spokespersons. They also pointed to an increase in piracy in the Malacca Strait.

“We live in a complex world,” said an RCMP spokesperson. “Globalization means that while Asia is half a world away – geographically speaking – in terms of operational planning it’s just off-shore.”

“We conducted extensive internal research and consultations with other police forces around the world, and concluded that acquisition of an attack submarine was a vital component in the mission to keep our streets safe.”

RCMP media officers also pointed out that with global warming leading to increased commercial shipping in the Arctic, there is also an increased risk of piracy.

“We’re dedicated to ensuring the coastlines of Canada remain safe, family-friendly environments where Canadian families can engage in international trade and picnics,” said the spokesperson. “From Vancouver, B.C. to Conception Bay South, Newfoundland, to the North Pole. I mean, if the North Pole isn’t safe for Canadian families – is anywhere?”

According to the spokespersons, RCMP anti-drug units are particularly concerned about the growing likelihood of Russian drug gangs using the Northwest Passage as a means of transporting marijuana into Canada. They’re currently training for scenarios in which drugs are transported overland from Russia by strapping packages of cocaine onto polar bears or caribou herds migrating south. While RCMP attack submarines would be unable to do anything about the polar bears, they would be able to maintain covert surveillance from offshore until such time as wildlife officers could apprehend them.

In the event piracy and polar-bear-mules cease to meet the projected threat levels, the RCMP spokesperson said, there is always the possibility of using RCMP to fight off giant squid that could threaten oil platforms and subsea cables.

“The giant squid may be elusive, but the Mountie always gets their man,” he said. “Even if that man is a 45-foot long cephalopod of either gender. With eyes as big as kitchen plates!”

“When we’re not catching criminals and defending our shores against pirate attack subs, we’ll be able to engage in a wide range of marine biology research,” said the spokesperson.

One officer we spoke with enthusiastically agreed. “I entered policing as a route to a fulfilling career in marine biology,” she said. “A lot of people don’t think of police officers as basically just scientists devoted to unraveling the mysteries of mollusk invertebrate evolution. The purchase of these attack subs will help to shatter that stereotype. It will show that police officers are basically just human beings devoted to helping society understand the mysteries of our oceans, like everyone else. ”

A spokesperson with the Community Alliance Against Police Brutality said activists weren’t certain how to respond to the purchase.

“Many might consider it a profligate waste of public funds to purchase an attack sub. On the other hand, from the perspective of ending police brutality, locking a dozen officers up in a tin can floating 500 metres underwater is not necessarily a bad thing.”

The Canadian Taxpayers’ Association declined comment, noting that in this case their mandate to expose wasteful public spending came into conflict with their equally strong desire to promote a repressive neoliberal conservative control state.

Editor’s note: This is satire bordering on science fiction, and could manifest in reality before the next food fishery. If you would like to respond to this or any article on TheIndependent.ca, or if you would like to address an issue we haven’t yet covered, we welcome letters to the editor and consider each of them for publication in our Letters section. You can email yours to: justin at theindependent dot ca. Not all letters will be printed, but all will be read. 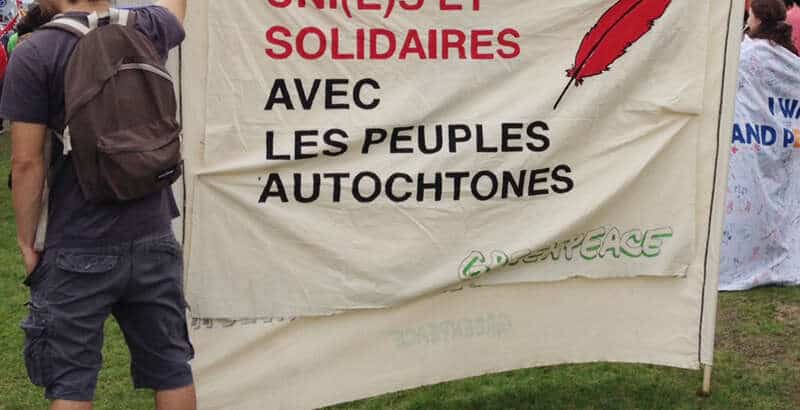 “We can’t continue at the rate we’re going”: Freda Huson of Unist’ot’en
From Unist'ot'en to Elsipogtog to Nitassinan, NunatuKavut and Nunatsiavut — more and more of Canada's Indigenous peoples are defending their land and rights. Jon Parsons… 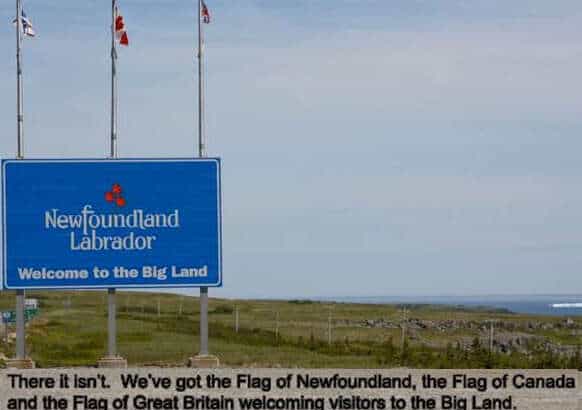