I remember the first time I met Michael Crummey (thank goodness he doesn’t!). It was about 10 years ago. I was working as a student organizer, preparing a new campaign. I’d been on the phone with some union activists on the mainland, looking for advice, and they suggested I tap the brain of a seasoned political activist they knew who had just moved back to Newfoundland.

His name was Michael Crummey.

We met at Hava Java, a café which at the time was the social spot in downtown St. John’s. Crummey agreed without hesitation to meet, and I was enjoying my chat with this fellow who had just recently returned from a few years’ sojourn on the mainland. He was nice, soft-spoken, with an engaging smile and down-to-earth manner. After we’d talked activism, I asked him what brought him back to Newfoundland.

“I want to focus on my writing,” he explained.

I averted my eyes, so as to make sure they didn’t roll. Another poor lost soul coming home in the vain hope of becoming a writer? Poor fellow, I thought to myself. He’s too nice to be a failed writer at his age. I looked back and nodded kindly (if perhaps a bit condescendingly).

“A writer? Well now that’s nice. You do precisely what makes you happy, and good luck with it.”

Although I’m sure my advice had nothing to do with it, 10 years later Crummey is not only established as one of the premiere writers of Newfoundland and Labrador, but is rapidly rising to the apex of the Canadian literary scene. His latest novel, Galore, has already been awarded the Canadian Authors Association Literary Award for fiction. Crummey previously won the Winterset Award, the Raddall Atlantic Fiction Prize, the Atlantic Independent Booksellers’ Choice Award, the Bronwen Wallace Award for Poetry and the Writer’s Alliance of Newfoundland and Labrador Book Award for Poetry. Among others.

Last week Crummey appeared in Toronto for a series of readings and talks, including a joint appearance with fellow Newfoundland writer Michael Winter at the University of Toronto. He also spoke at York University, where his book had been selected by the Faculty of Environmental Studies as the winner of an internal competition between recent Canadian fiction works containing environmental themes. The unusual accolade was, Crummey mused when I caught up to him after the talk, unexpected but not unwelcome.

“I don’t really know what to make of it,” he laughed. “I was just writing a book about Newfoundland and my sense of the place. I had no sense I was writing a book that would be taken that way. But the environment is so central in the lives of Newfoundlanders.”

“When I started writing this book, no, it [environmental themes] wasn’t conscious at all. I was just trying to recreate the place as I knew it. The landscape and people’s relationship to the landscape is so central to people’s lives there, that it just happened. I wasn’t even conscious of it.”

I was curious whether Crummey would have changed from the soft-spoken, kindly-eyed activist I had met 10 years ago. He hadn’t. In fact, he’s humble in his success, and perhaps it’s his background in social justice work that makes him that way. He’s unpretentious on the stage, his blue jeans and nondescript sweater belying the rich and colourful array of magical images and words that pour off the pages he reads. When I interview him, his quiet and shy manner quickly disappears behind an intense enthusiasm for the subjects we speak of: Newfoundland, culture, change. Likewise, his stage reading opens with a bashful smile, a quick flick of the boyish hair that makes him seem even younger now than when I met him ten years ago. But when the audience asks questions, his replies grow in eloquence and depth and at times verge on the poetic. During his talk, I find myself taking notes, dashing to keep up with him, simply so that the words pouring out of his mouth won’t be lost to posterity.

“I have never been anywhere where the stories are on the one hand so ridiculous – like, that just can’t be real! But on the other hand…it is!” – Michael Crummey

Galore, Crummey explains to his audience, was inspired by the famous Gabriel Garcia Marquez novel One Hundred Years of Solitude. Ironically, Crummey had studiously avoided that novel – and the ‘magical realism’ genre generally – since it was a genre that did not appeal to him at all.

“The idea of magic realism always felt like a cheat to me. Anything could happen…it seemed like an unnatural marriage.”

Finally cornered by the book during a lengthy layover in Ottawa, he found himself falling under its mythic allure, despite himself. And he discovered that not only had he encountered magical realism before, but he’d actually lived it: right here in Newfoundland.

“As soon as I started reading the book I realized: this is just like home. This is Newfoundland. It was people’s relationships to the otherworldly. People lived between two worlds. Just like in Newfoundland…on the one hand, you have the raw, brutal reality where you can barely grow a turnip, and on the other hand, the netherworld. To those people those two worlds were just as equally real. The netherworld affected their lives just as much as the physical world. And Marquez showed me how to do that.”

The result – Galore – was a Marquez-like romp through the stories and myths of outport Newfoundland.

“For me this book was about the folklore of Newfoundland. It’s full of crazy stories. I wanted to get all the most outlandish stories I could find and put them in one novel… I have never been anywhere where the stories are on the one hand so ridiculous – like, that just can’t be real! But on the other hand…it is!”

The miraculous, the ridiculous, the unbelievable…the stories that inspired and fill the pages of Galore are, for Crummey, a very real part of how we might preserve our identity in a changing world.

A woman from the audience recollects the brief time she spent in Newfoundland (in La Scie, of all places) and how the novel – magic and all – reinforced the image she had of the place. “I had the feeling Newfoundland is a place frozen in time,” she explained.

But Newfoundland is not a place frozen in time, and Crummey is quick to point that out. It precipitates another conversation as predictable as the stereotypes that inspire it: how to preserve the culture we celebrate in the face of a changing world?

“The folklore recedes as the outside world impinges. In many ways, that’s what’s happening to Newfoundland today…For me, the big question is how much of the culture of the place, how much do we retain when the world that created it – the outports, the fishery – are disappearing? I used to be afraid for our future, but that was when I was living away, in Ontario. Now…I think we’re taking a lot of that with us.”

“For me, the big question is how much of the culture of the place…do we retain when the world that created it – the outports, the fishery – are disappearing?” – Michael Crummey

“The culture comes from a particular world, but the culture carries on, even if the world that created it is changing.”

Crummey notes that his parents were part of that world, and even as it changes he – like other Newfoundlanders and Labradorians – are the link through which the culture will stay alive.

“I am the person my parents made me.”

The passing on of stories – of rituals and myths and cultural practices and more – across generations is a theme that infuses the novel, and enthuses Crummey just as fully. Throughout his talk, Crummey often returned to the subject of the fairly small genetic pool on the island; he’s fascinated with the potential that speaks.

After the lecture, Crummey and I speak further about the issue of culture. I admit to him that it often irritates me when people speak of Newfoundland culture as though it is nothing but Irish and European, thus rendering silent the many other rich cultures – not just aboriginal, but Chinese, Lebanese, French, Jewish, and more – that have built the place. Crummey nods knowingly; in fact he weaves the aboriginal presence into Galore in a uniquely authentic manner.

“Those [English and Irish] are really the two pillars. But there’s so many other influences. Like the aboriginal – I was trying to convey that in the book.”

“So you see, when the other arrives, they become us. But the ‘us’ changes, too.” – Michael Crummey

He notes however that the growing presence of other influences will shape the Newfoundland of the future in their own unique ways. And vice versa. He describes a household of Sudanese children he recently met on the island.

“They’re a dozen Sudanese kids, and they had the wickedest Newfoundland accent. So you see, when the other arrives, they become us. But the ‘us’ changes, too.”

“Newfoundlanders have always been modernists. When anything washes up on the beach we can use, we do. If it works, it becomes part of us. That’s part of why I don’t feel panicked about Newfoundland culture any more. It’s always been moving, always been in motion. That hasn’t changed.”

Already an acknowledged leader in the island’s literary scene, Crummey himself plays the odd role of both protector of the culture he describes in his works, as well as catalyst helping to shape the forward motion of that culture through the inspiration he provides to an array of readers (and writers). And he even adds his own mark on the folklore. During the question period, a woman asks him whether indeed all the stories in Galore come direct from Newfoundland folklore, or whether he made some of them up himself.

“My plan initially was not to [make stories up]. But eventually, I just couldn’t help myself.”

Before the session clues up, somebody gets around to finally asking the obvious.

“Why did you name the book Galore?”

He’s excited to respond to this one. Galore contains the word ‘lore’, he explains eagerly. As well, the book contains plenty of both glory and gore. Galore is also a word with Irish-Gaelic roots, he explains – and much of the book is about how the Irish and English communities on the island became the Newfoundlanders we know today. Now he’s on a roll: the word ‘galore’ also means abundance, he adds. “And the source material was so rich – so vibrant – so alive.”

And then his irresistible boyish humour kicks in; he looks up and a sly wink crosses his face.

“Of course, most significantly it’s an anagram for Al Gore. And he was really hot when I was writing this.”

Growing in the North
Experiencing change in the far North 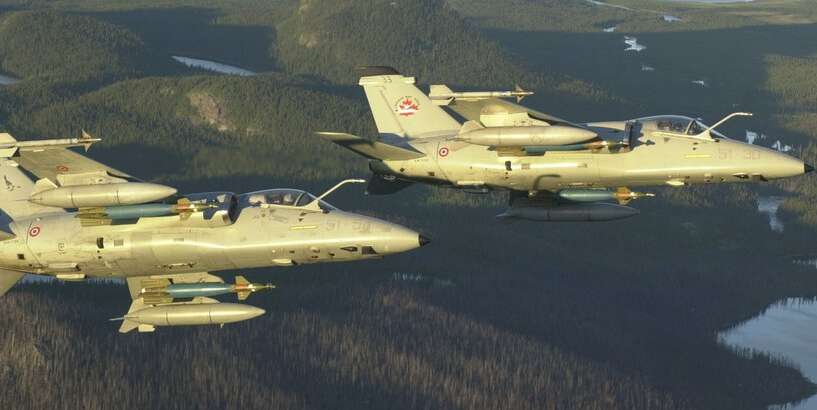