There are things worth being riled up about in this province. Judy Manning’s appointment is not one of them.

Well, that didn’t take long. Paul Davis was barely in office for a week when he found himself in the hot seat.

Well, go big or go home, as they say. The unelected premier (but not really: he was elected by reps of the party we elected, which is how the system works) split up the Department of Justice, renamed it, appointed an unelected minister to the new Department of Public Safety, and then that unelected minister announced she would wait to seek election in next year’s general election, instead of going for the first available byelection.

Sweet baby beluga! Opposition outraged; reporters remonstrated; pundits pounced. And then, somewhere deep in the bowels of Twitter, an alarm went off amid the file servers that handle #nlpoli. Gears turned and cogs started whirring: prepare for incoming! The big hitters of #nlpoli grinned gleefully, polished their iPhone screens, warmed up their thumbs and booked the rest of the week off work.

Is this a debate, or a lynch-mob?

The sequence of events has sparked a torrent of debate. But it’s been largely one-sided. Even CBC crossed the line (according to the minister, and I would agree with her) in suggesting Manning’s male relatives were the reason for her appointment. God forbid that a successful lawyer, capable of running her own practice, should have somewhere along the way gained the skills to contribute to government!

And sure, it was just a question – but one referenced in headlines and pull quotes in an almost lurid fashion. In the story, she “bristles” in response (how exactly does one do that, really? Does it involve your hair standing up straight, or something?). Actually, let’s pause here for a moment. Rewind back to NDP Caucus-gate in February. When Dale Kirby and Chris Mitchelmore faced criticism over their decision to cross the floor, what was their reaction? According to CBC, they responded by “deflecting criticism”. Kirby “is confident”. They “rejected suggestions” of ulterior motives.

Yet Manning “bristles”. Curious choice of words there, Ceeb. And then the next section of the story opens with two paragraphs discussing the careers of the men in her life.

C’mon CBC. You can do better than that. And if you need a bit of help, Memorial University offers the best priced introductory Women’s Studies courses in the country.

Either way, the debate is in full swing. But a debate’s not a debate unless there’s another side presented, and in this case there’s a very plausible case to be made for her appointment. Since the government hasn’t done a particularly good job of making it, allow me. Just for badness. (By which I mean, fairness.)

In a democratic society such as ours, there are a number of things which are acceptable to do under certain exceptional circumstances, but which ought not to become regular practice. We frown upon them when they are performed gratuitously, or without very, very good reason. Crossing the floor, for instance. Reneging on an election promise. Proroguing Parliament. Unfortunately, opportunistic and self-serving politicians have made some of these things far too common in recent years, and so we are rightly suspicious with every deviation from acceptable democratic norms.

Appointing an unelected cabinet minister is one of those things. It’s not unheard of, and indeed there are circumstances where it is entirely appropriate. Some notable examples of people who got their political starts in this way include Ed Roberts, John Crosbie, and Louis St. Laurent (who went on to become prime minister). In fact, there have been 169 unelected cabinet ministers in the Canadian government between 1867 and 2011.

Both of these options would have been unorthodox, but would have had precedent and would have at least provided our province with a voice in cabinet, thereby ensuring proper regional representation. Unfortunately, the federal Conservatives failed to pursue either of these courses, and this province was left with the equally imperfect solution of being represented by New Brunswick MP Rob Moore.

Rob who, you ask? Exactly.

So the question becomes more one of: why? Why did the provincial government choose to appoint an unelected person to cabinet?

There are good reasons

This is, to be honest, what we need to be hearing more of. We’ve heard that she’s qualified — but so are, no doubt, plenty of other people. Qualification becomes a difficult-to-gauge rationale when it comes to democratic representation. After all, is a schoolteacher (Vaughn Granter) really qualified to be Minister of Fisheries and Aquaculture? Is a Molson rep. (Dan Crummell) really qualified to be Minister of the Environment and Conservation?

But you know what Manning’s portfolio also covers? She’s Minister Responsible for the Status of Women. And you know how many women there are, in the PC caucus, in the entire elected House of Assembly?

Two. And neither of them are lawyers — a sort of prerequisite for being Attorney General.

In fact, you know how many women there are in the entire freakin’ House of Assembly?

It’s pretty sad. And by appointing Manning to the position, not only has Davis brought another woman into the government, but one who is positioned at a quite important level.

So let’s recap. The PCs have appointed a young (about time!) lawyer (got skillz) who’s a woman (one of three in cabinet!) to an important position.

I see no problem with that whatsoever.

Well I don’t know; they’re probably Tweeting off somewhere. But as far I’m concerned, I’m perfectly fine with giving this a shot.

I could be wrong. Maybe this is a political appointment, as people are hinting, and maybe there is other stuff going on behind the scenes, as is wont to happen in politics. Be that as it may, if you ask me, the appointment of a young female lawyer to an important position in this province’s government is a breath of fresh air, and I’m more than willing to be open-minded, give her a shot and see what happens.

And finally, let’s just stop this nonsense about her not finishing grad school, as though this too is some lurid revelation. Do you know how many people take leaves and years and decades to finish grad programs? Do you know how many sitting politicians have started grad programs they haven’t finished? Let me tell you: a lot. Let’s not single her out for what is a common phenomenon. Many are the politicians whose academic pursuits were diverted by the call of public duty. It’s not the worst thing in the world.

Explaining her decision not to run right away in the next by-election (i.e. in a couple of months, as opposed to…a couple more months), Manning said:

“Quite frankly, I’m from St. Bride’s on the Cape Shore. My heart is in St. Bride’s, and [the] only district that I would want to seek election in is Placentia-St. Mary’s.”

To be honest, I’m perfectly okay with that. It’s a principled position. Aren’t we normally critical of parties when they ‘parachute’ candidates into a district – people who purport to be able to represent a district they have never lived in, and advocate on behalf of people they don’t even know? Is it so wrong for somebody to wait, in order to represent the district they live in, the people they know, and the issues they’re familiar with?

If you ask me, there’s a nobility in refusing to parachute into a district, refusing to engage in cynical ‘politics-as-usual’, and refusing to abandon the district and community that you care for. If I were from St. Brides, I’d be rightly proud.

So no, I don’t judge Judy — at least not until I’ve had a chance to see how she performs in the office she’s been appointed to. Oliver Wendell Holmes famously described the democratic system thus: “It is an experiment, as all life is an experiment. Every year if not every day we have to wager our salvation upon some prophecy based upon imperfect knowledge.”

Democracy is an experiment, and allowing it room to grow is vital to our way of life and the freedoms that we cherish. In democracy there are things that are justifiable on a case by case basis but should not become regular practice. Crossing the floor is one. Appointing unelected ministers is another. Each are justifiable under specific conditions. For the Liberals to criticize the PCs over unorthodox politics is like the pot calling the kettle blue (with orange stripes).

We’re going to have an election within a year. Until then, I think there are more important things for us to worry, and talk, and Tweet about. Let us judge Judy Manning once we have given her the opportunity to do something for us to judge. Until then, the only thing on trial is our own preconceptions.

Home is where the heart is
...Even when worlds apart... 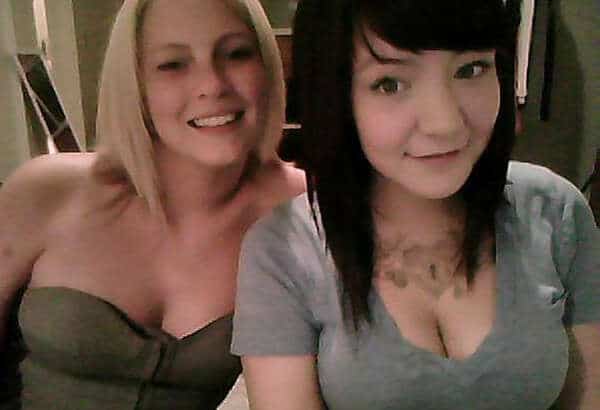 “Everything reminded me of her…I couldn’t heal”
Loretta Saunders' sister launches 'homicide survivor' blog in the wake of yet another murder of an Indigenous woman in Canada. Meanwhile, Conservatives announce what critics…