Everything is on the table — except common sense

It’s becoming a bit old. It might have sounded ominous the first time they said it — now all it does is evoke another rolling of the eyes.

Some crammed, that table. I try and picture it — must be sort of big, probably long and rectangular, maybe made of oak. And it’s piled high with all the good things that make our society decent: hospitals, schools, heating oil, jobs. And all the other stuff.

Now that everything’s on this table though, it’s not quite clear what they do with it. Perhaps they take a bunch of pool cues and play pool on this table, seeing what they can knock off the corner edges? Perhaps they leap onto the table, and then kick things around wildly with punk rock music playing in the background, until they see what’s left?

Maybe they douse it all in offshore oil, and then toss a match, chanting old Gaelic drinking songs as it burns?

Everything’s on the table — not!

As I said, it’s getting old. The problem with this meme—which like all memes had a shelf-life of about 36 hours before it became stale—is two-fold.

First, it’s not even true. Everything is not on the table.

Is cancelling the multi-billion dollar debt hole of Muskrat Falls on the table? Is the creation of a sovereign wealth fund for natural resource revenue (including mining, and perhaps to kick in once revenues return to a decent level, so we don’t wind up in the easily avoidable mess that we’re in now) on the table? Is raising the minimum wage on the table (to encourage spending, compensate for service cuts and make business contribute a fairer share to the public good)? Is cutting back on all those expensive private-sector consultants and private-sector partnerships on the table? How about bonuses and salaries of overpaid administrators like health board officers and university presidents? And what about serious corporate tax hikes, to bring back in all the corporate taxes that the provincial government threw out the window when the oil started gushing?

If such things are on the table, we’ve seen very little sign of it. All we’ve seen “on the table” so far are a few fairly low-cost and high-yield items. Things like social programs. Funding for public services. Public sector jobs. Cabinet positions. There has been some talk, recently, of raising corporate taxes and tax on the wealthy. This is good. But it’s been tentative and half-hearted, and we need to hear more of it.

You know what would make a whole lot more sense than getting rid of cabinet positions and electoral districts? Keeping them, but raising taxes on the people who get those jobs. Cabinet portfolios and government departments provide us services. Yes, we often get resentful because it’s usually rich lawyers and businesspeople who get elected to those gigs. But come on — the services their departments provide actually help us. If we get rid of those portfolios we’ll have less services and fewer people working to address our needs and concerns.

Meanwhile, it’s no skin off the ministers’ back — they’ll just laugh and go back to their law firms and their corporations and continue making far more than the average Newfoundlander and Labradorian. The real way to turn things around is to make those who draw more in salary pay more in taxes. Make them continue to work for us and pay more back into the public system that we all benefit from.

Hit ‘em where it hurts. Don’t let’s hit ourselves upside the head.

The other thing that’s disingenuous about this “everything’s on the table” nonsense is that it’s merely designed to keep everyone in a state of panic. And common sense rarely emerges from the middle of a panic.

Groups that promote this “everything on the table”, “mass cuts inevitable” ideology need a stern reprimand for feeding into an irresponsible and counter-productive social attitude that undermines confidence in this province and its people.

The response that we need is not, “Put everything on the table!” The response we need is, “Yes, we’re facing a significant deficit, but we will find a way to solve it without putting things on the table that are essential for the well-being of our province and its people.”

Good governance is about meeting crises without  sacrificing the things that make society worthwhile.

Good governance is about meeting crises without sacrificing the things that make society worthwhile.

There is nothing praiseworthy whatsoever about a government that boasts it’s going to make tough decisions and cut the good things that make up our society. If things are on the table, is that supposed to make government look strong and wise? No. It just underscores the failures of those in charge.

If we were run by a competent government, nothing would need to be on the table. In fact, we would be building a bigger and better table. Instead, we have a government that’s acting as though playing up failure is a virtue. Putting things on the table and cutting them is not a sign of strength and wisdom — it’s a sign of poor judgement followed by a failure to think innovatively to resolve the crisis.

Nor should the opposition be shaking their heads in fiscal doom solidarity. If they are to be an opposition—and perhaps soon a government—they need to be coming up with the solutions the PCs are not. They need to provide a brighter alternative, not more of the same old gloomy sense of inevitability. Plenty of countries manage to provide a decent standard of living, even without gushing oil revenues. There’s no reason we can’t too.

(And here’s a hint: They do it by diversifying economies, not relying on one big volatile resource. And there’s no better time to start than the present.)

Either way, government has no right to put our things on the table

What we need to avoid, above all, is subscribing to the twisted logic of government and business that somehow we’re all in this together. We’re not. This is their problem, not ours. And government has no business making it ours. If there are cuts in the impending budget, it’s not because of the mysterious workings of some magical and incomprehensible global economy. It’s because our government has mismanaged, misspent, and failed to fulfill its basic obligations as a government. It’s not our responsibility to take a hit for that — it’s the responsibility of the wealthy elite old boys’ club who made it happen (or who looked the other way while it was happening) to take the hit. Don’t look to us for things (our jobs, our services) to put on the table to make up for your mistakes. Look to your own ballooning corporate profits and salaries to make up the difference.

The solution is not to share the hurt equally, because we haven’t all benefited equally from the prosperity.

The solution is not to share the hurt equally, because we haven’t all benefited equally from the prosperity. The business community and corporate interests have benefited from the oil prosperity far more than the average Newfoundlander and Labradorian, so let them be the ones to take the hit while we recalibrate our economy.

But most importantly, let’s think creatively, not destructively, about how to deal with the situation. It’s a reflection of the political immaturity of our leaders that the automatic reaction to a fiscal problem is to cut. Instead, we should be focusing on how to build — how to generate the financial stability and diverse economy we need to provide a decent standard of living. Not on what to toss out the window.

The “everything is on the table!” meme is a defeatist one. The Newfoundland and Labrador we need and deserve is not one that has to give up its good things, but one that has the ingenuity to figure out how to keep them, and how to expand on them.

We are a resourceful, wise and ingenious people. And we’ve done better, in worse circumstances. If our government—and government-in-waiting—can’t manage to govern in any style other than one of panicked cutbacks, then there ought to be no place for them in the halls of public office. 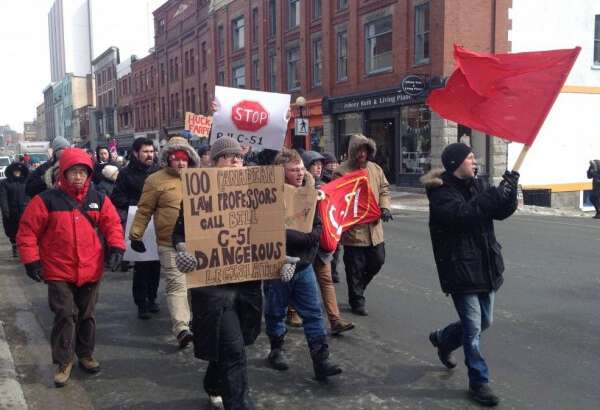 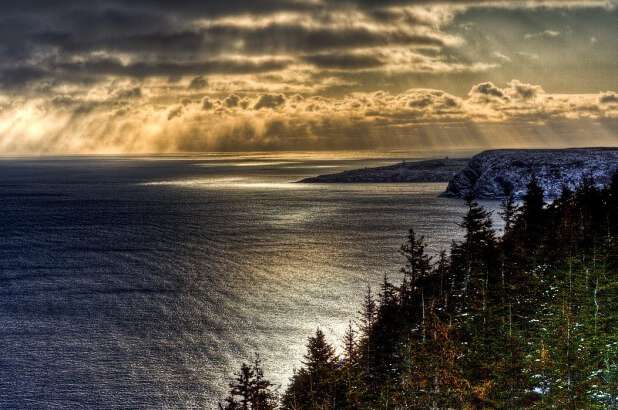 East Coast Trail brings in millions of dollars
But it only receives support from a fraction of us.