Frank Coleman and reproductive rights: step up or step out

The PCs have put this province’s failing grade on abortion access on the agenda. Time to hear what they intend to do about it.

Frank Coleman, the solitary leadership candidate for Newfoundland and Labrador’s governing Progressive Conservative party, is fortunate that he waited until all the other candidates had withdrawn from the race before detonating the public relations equivalent of a low-yield nuclear bomb in the midst of the party he seeks to lead.

Yep: Frank dropped the A-bomb right in the middle of the campaign. Some might suggest it’s not entirely his fault: he was answering a question from a reporter and didn’t realize the consequences of his comments. But for a leadership candidate—and a would-be premier—such an oversight is doubly damning.

I’m referring, of course, to his coming out as being anti-choice on the matter of abortion. But more important is his unabashed admission that he marches in anti-choice rallies and protests.

His defense, such as it was, was that these were “private” views. But the fact is, they’re not. When you are a public figure and you march or express support for a political rally—the purpose of which is to demand government restrict women’s rights—there is nothing remotely private about that.

Let’s be clear — the annual Good Friday pro-life rally (which really has little to do with ‘life’ and more to do with seeking legislative restrictions on women’s reproductive autonomy and rights) is not about having a genteel exchange of opinions over tea. It’s not about people having personal views. If one’s personal view is that one does not like abortion, then one can choose not to have one. Case closed.

Events like this rally aren’t about personal views: it’s political activism with the clearly stated goal of changing Canada’s laws to eliminate fundamental equality rights for women. I would classify it as fundamentally of the same ilk as people lobbying for restrictions on racial equality rights, or any other type of equality rights. There is no ‘abortion debate’ any more than there is a ‘race debate’ about whether racial segregation in schools is acceptable. It’s not.

In the case of abortion, the debate was over 25 years ago, equality has triumphed, and women have the right to control their own reproductive paths. The ‘anti-choice’ lobby is engaged in the murky and despicable business of lobbying against women’s equality and trying to push for laws that will strip away hard-won rights. This type of extremism has nothing to do with conscience and in fact little to do with ‘life’, either. It has to do with controlling women and pushing back the agenda on equality in our society.

It’s rendered all the more serious by the fact there is already a crisis in abortion access in Atlantic Canada. PEI has no abortion providers, and this month national media attention was focused on the closure of New Brunswick’s sole abortion clinic (government refused to fund it and abortion access in New Brunswick hospitals is regulated under archaic regulations that some have argued violate women’s equality rights). The governments of those two provinces are failing their obligations to provide this essential public health service for women.

In this province, only three out of fourteen hospitals provide abortion services (21 per cent — a failing grade). There is only one stand-alone clinic, and that’s in St. John’s. There is no access to services in Labrador and the concentration of services in St. John’s makes it inaccessible for women from other parts of the province. In a survey conducted by Canadians for Choice, 70 per cent of hospital staff in this province were unable (or unwilling) to answer questions on abortion services when contacted for information. This is glaringly unacceptable.

It’s not enough for abortion to simply be legal — government must provide substantive meaning to the right by funding access to abortion services. Coleman’s comments have put the issue on the agenda: now the Progressive Conservatives—and in fact all the parties—need to clarify their commitment to improving this province’s failing grade when it comes to providing access.

What needs to be done

One of two things must happen if the PCs are to emerge from this scandal unscathed. Coleman could do the honourable thing and step out of the race, enabling the party executive to re-open the race (which could only be a good thing, given that everybody else has dropped out). A non-race is the last thing the PCs need to raise their profile and fortunes. Now that they’ve produced a more-or-less sensible budget and PC support is rising again, perhaps more candidates would be willing to come forward.

Or, he ought to make a clear public statement—far more clear than his dithering comments thus far—proclaiming his support for strong and sustained access to abortion, his clear commitment to enhance and improve the already seriously under-funded access to that public service in this province, and his commitment to not ever march or participate in events like this again while serving in public office.

Otherwise, the PCs risk losing many of the votes they were in the process of beginning to win back.

Doing a disservice to the party

To be frank (haha), this should not be the way the PCs go. This is the party that elected the province’s first woman premier, that maintained and sustained strong funding for provincial women’s organizations, that created the Office to Advance Women Entrepreneurs. It’s the party with notable women MHAs, including one who is a finance minister and just last month delivered one of the most progressive budgets in recent history. It does no credit to the record of MHAs—that is to say, those who were actually elected to represent the party and have been doing hard work on its behalf—to have their futures sabotaged by the sad actions of one who would aspire to lead them, yet seems so out of sync with the party those others have built. On this issue, at least.

Under Coleman there’s a very real fear that the [PC] party could drift into a social conservatism that will render it effectively obsolete.

Moreover, it ought to lead PC supporters to question the wisdom of a candidate who would lack the foresight to avoid such a controversy as this in the first place. The PCs, and the province, spent the past two years struggling with a leadership that was woefully disconnected with public opinion on all the key things that mattered. They’ve just begun to recover. To face the prospect of another leader who is also at such dramatic odds with public opinion is something the powers that be within the party ought to be very concerned about.

From the point of view of promoting political plurality, it is also sad, because for years the Progressive Conservative party has shown that it is indeed ‘progressive’, at least on some social issues. Newfoundlanders and Labradorians are, on the whole, progressive as well, so it makes sense for our resident Conservative party to be socially progressive if fiscally conservative. Yet under Coleman there’s a very real fear that the party could drift into a social conservatism that will render it effectively obsolete. It is barely beginning to rebuild itself from the catastrophic public opinion plummet of the Dunderdale era; now the apparently antiquated politics of its likely leader threaten to kill its slow struggle to recover.

Like most Newfoundlanders and Labradorians, I’m not a member of a party and I cast my vote based on what I think the important issues, policies and party platforms are. But one thing I know is that I—like a great number of other Newfoundlanders and Labradorians—will never vote for a party whose leader engages in morally repugnant activities like anti-choice activism.

An “innocent” Nigel Wright does not stem our multiplying villainies
There is much reason to be cynical of our political class, and the systems meant to check and balance them. 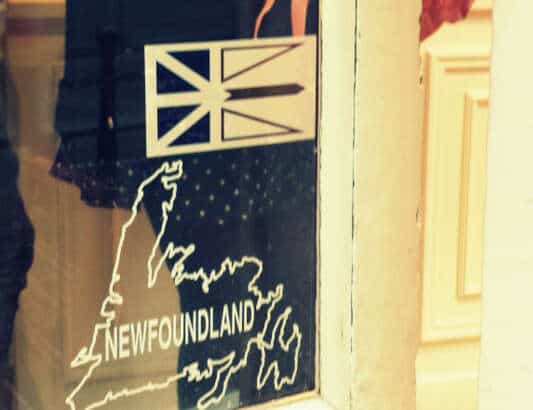 What’s that accent?
The politics of dialect, accent and language can be powerful, othering, and bizarre.