The Inuk land protector and grandmother is not a threat. She’s a political prisoner.

Dwight Ball is a man who goes to considerable semantic contortions in an effort to explain to other people what he will do. And he enjoys a position of power as premier of this province.

Beatrice Hunter, on the other hand, explained to a judge on Monday, in the simplest and most straight-forward of terms, what she would not do.

And now she is in jail for it.

The blunt courage of this Inuk woman contrasts sharply with the glib and awkward ambiguity of the premier. But so does the price she has paid, which is entirely disproportionate to the circumstances.

After the flooding of Mud Lake earlier this month—which many in Labrador have attributed to Nalcor’s operations at Muskrat Falls—she and other land protectors returned to the main gate of the Muskrat Falls site to protest the project and defend themselves from the harm they say it is doing to their lives, land and communities.

On Monday, some of those courageous civil rights defenders were summoned to court to answer to their violation of Nalcor’s injunction. They were asked to promise they would not do it again.

It has often been said by civil rights defenders that a refusal is the most powerful weapon anyone has. Refusal lies at the core of peaceful civil protest, whose advocates say it is not a violation of justice but in fact a call for justice where it is being denied, often at the behest of power or wealth.

Martin Luther King Jr. put it in words that are most appropriate to this case: “An individual who breaks a law that conscience tells him is unjust, and who willingly accepts the penalty of imprisonment in order to arouse the conscience of the community over its injustice, is in reality expressing the highest respect for the law.”

Refusal, in Hunter’s case, led the judge to send this principled mother and grandmother to jail.

People are kept behind bars when they are a threat. So it bears asking: Who feels threatened by Hunter?

The notion that a lone Inuk woman could be a physical threat to anyone is patently ludicrous.

Can one woman stop all the hundreds of workers, thousands of tonnes of heavy equipment, billions of dollars of transnational capital wrapped up in Muskrat Falls? Certainly not by physical brute force.

If Nalcor is afraid of Hunter, it’s because they’re afraid her voice and her ideas could spark change.

Beatrice Hunter is not a threat. She is a political prisoner.

Political prisoners are also defined as those who face punishments that are “out of proportion” to the offense. Jail-time is clearly out of proportion for one who is defending her family’s, her community’s and indeed all Labradorians’ right to clean water, safe country foods and ability to practice a traditional way of life.

Amnesty International identifies a further category of political prisoner, for whom it demands immediate release — that of the ‘prisoner of conscience.’

A prisoner of conscience, it says, is someone who “has not used or advocated violence but is imprisoned because of who they are (sexual orientation, ethnic, national or social origin, language, birth, colour, sex or economic status) or what they believe (religious, political or other conscientiously held beliefs).”

Let’s recall Hunter’s stated beliefs, which drove her to the purported ‘crime’ of walking on and then returning to traditional Indigenous land that is now occupied by Nalcor, and which she described in an April 15 interview with The Independent:

This is for the future, this is for generations to come. We need all the support we can get. Me and my son can’t afford a lawyer, and we feel it was the right thing to do when we went in [to the worksite] in October — because we had no voice.

Our premier is also our Labrador and Aboriginal Affairs minister; who are we supposed to turn to? We have no one to turn to if we have any concerns; we have no voice.

Standing up for Beatrice

The events transpiring in Labrador are a disgrace to the province and a disgrace to the justice system. Police officers have more important things to do than transport Indigenous grandmothers and prisoners of conscience between courthouses and jail. They are no doubt as disgusted as anyone at being assigned the role of enforcing colonialism on Nalcor’s behalf instead of being police officers, which is what they signed up to do.

Just as significantly, the actions of the justice system in Labrador—judge and police officers alike—risk contributing to a growing disrespect for the colonial enforcement of law in Labrador, a disrespect clearly evidenced in the civil protests and vigils that occurred after Hunter’s imprisonment.

Many Labradorians recognize the woman being held in jail is not a criminal but a prisoner of conscience incarcerated for standing up for her land and her people against Nalcor’s colonial destruction of Indigenous homelands in its extraction of profits.

It is an astounding feat of hypocrisy that less than a week after Premier Ball held the province’s first annual Indigenous Leaders Summit, a gentle and courageous Indigenous woman was taken to jail for holding true to her belief in her peoples’ right to safety and security in their own land, and in their right to access that land.

Premier Ball’s government is deeply complicit in what is happening. Nalcor is a crown corporation of the provincial government, and it is Nalcor that’s aggressively prosecuting Indigenous land protectors.

A few weeks ago, provincial Justice Minister Andrew Parsons was eagerly donning the costume of correctional officers and playing “A day in the life of…” But where is he now, as the so-called provincial justice system lurches into the uneasy role of enforcing colonialism in Labrador, hunting down and locking up Indigenous grandmothers peacefully defending their land and the safety of their families and communities?

On Wednesday evening The Independent learned from Hunter’s family that she has been transferred to the women’s correctional facility in Clarenville. Her family and community were given no notice, and no opportunity to see or speak with her before she was transferred to the Island.

This reflects another all-too-common reality of political prisoners, particularly in the colonial context: being torn away from their families, communities and homeland and deported to places where they are isolated and alone. Intentionally or not, the removal of Hunter out of her community and away from her family, fellow land protectors and other supporters is a colonial act and a failure of a government and justice system that purport to respect Indigenous rights and claim to be eager to achieve reconciliation.

If true, it will be important for those on the Island who consider themselves allies of Indigenous Peoples and Labradorians to monitor Hunter’s treatment in Clarenville and work to secure her immediate release. It also deeply strengthens the imperative to hold Premier Ball, Nalcor CEO Stan Marshall, and provincial justice minister Andrew Parsons accountable for their role in this shameful and backward colonial act.

Hunter’s imprisonment lays bare the reality of what is unfolding in Labrador. The prosecution of land protectors is not about justice. It is about colonialism, about rich white settlers profiting off of Indigenous land.

How many more will there be before the sad, disastrous venture that is Muskrat Falls is over?

Inuit grandmother jailed after refusing to stay away from Muskrat Falls
"I have to be brave for her," says 23-year-old son of Beatrice Hunter, who is described as a "family-oriented" person who would "never hurt a… 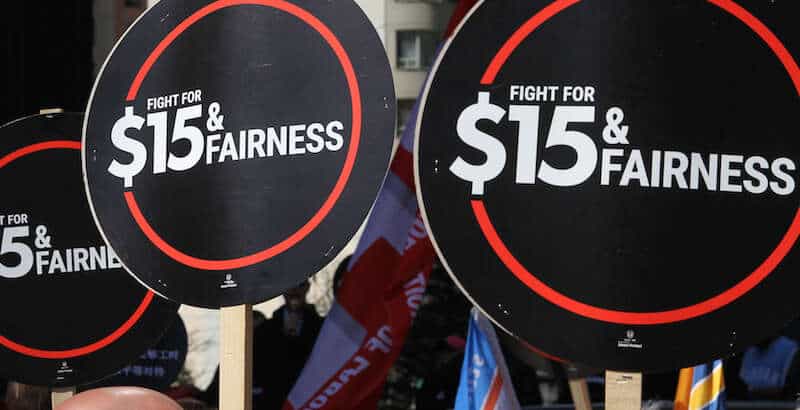