Flying a flag should be a statement, not a policy.

It’s an upside-down world where Liberals act like fringe-right Conservatives, and the Conservatives hold the religious right at arm’s length.

Last year, the province narrowly avoided crowning a premier who, it was eventually revealed, attended anti-abortion rallies. Frank Coleman pre-emptively stepped down from the job he’d been selected for “for family reasons,” but it’s likely the uproar surrounding his annual Good Friday anti-abortion dalliances had at least something of an impact.

He was followed up with Premier Paul Davis, a former police officer who politely told the Christian right to pack off when they requested to fly something they called “the Christian flag” in front of Confederation Building.

Instead, the province has now been graced with a Liberal premier who has seen fit to hoist the Christian banner high while at the same time making the province a needless laughing-stock.

First of all — the Christian flag? It’s actually a fairly recent invention, developed a little over a century ago and mostly used by Protestants. It’s been endorsed by various groups, but is hardly an official flag, any more than the flag of the Anglican Communion or the flag of the Holy See could be called a ‘Christian flag’. If indeed the point is to honour the ‘persecution of Christians’, as some advocates have said, then they should have chosen to fly a flag of an actually persecuted Christian community, such as the Aramean-Syriac flag. (For reasons I articulated last year, I don’t actually think they should fly any of them.)

Either way, they should have done their due diligence and a bit of research. And then reflected: Is this something we want to fly? Flying the rainbow Pride flag during Pride Week is not just an annual mechanical gesture, it’s a very political statement by our government that it supports the rights of the queer community in a province where historically they have faced a great deal of oppression. A province where even late in the 20th century the school system was run by Christian churches and where employees could be fired for being queer.

We don’t need a “policy” for determining which flags will fly on Confederation Hill, we need a government willing to think hard and courageously about which causes it wants to support and which it does not. The last thing we need is yet another bureaucratic policy; what we need is an accountable government.

The flag on Confederation Hill was removed this morning, and this is a good thing. But we still need to question how it got there in the first place, and why. Moreover, the provincial government has come under fire over this as being the most visible and prominent level of government to fly the flag. But municipal governments such as St. John’s and Mount Pearl need to come under scrutiny too — and they need to remove the flags as well.

I criticized Paul Davis’ response to the flag flap last year, and his decision to meet with religious delegates at all to discuss the matter. But his outcome—managing to get them all to agree that it wasn’t a good idea to fly the flag—comes across as a masterpiece of diplomacy compared to Ball’s blunder.

One can only hope that the provincial and municipal governments have mixed up Good Friday with April Fool’s Day.

Because otherwise, they’ve made a fool of all of us.

Anglican Church’s flag on government buildings galling and hypocritical
"Considering the Anglican Church's history of endorsing religious violence and its ongoing role in the suppression of gay rights, I believe it's wrong for our… 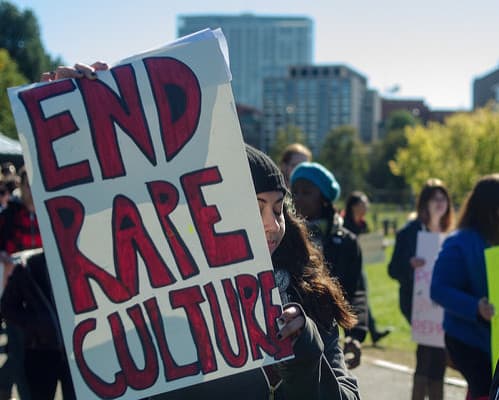 Futile fight in a broken system
Agree with the Ghomeshi verdict or not, no one who heard the ruling can honestly say they don't understand why victims don't come forward.