If you can’t lead, then get out

The Nalcor scandal is just the tip of the iceberg.

The Nalcor Scandal: it’s like a real live crime drama, with new evidence rolling in every day.

Or is it Ed Martin? The millionaire energy tycoon who judged it right and moral to sign a contract granting himself a $1.4 million bonus if he was fired? The one whose stewardship of Muskrat Falls has left the project behind schedule and over-budget, a project that’s sunk the provincial economy and by all appearances will only continue to do so even if it succeeds? The overpaid public servant who’s too full of himself to take the seemingly justified criticism of his performance from the provincial government?

The blame falls not just to Dwight Ball, not just to Ed Martin, but to their class, a class of elite rich folk who are pillaging the public purse and chasing each other around like petulant schoolchildren while the province’s public services and infrastructure collapse around them.

While the Nalcor scandal takes centre-stage on the news, other elites continue to pillage the public purse in the background. Much has already been written about the extravagant contract of Memorial University President Gary Kachanoski, one of the most excessively paid university presidents in the country. The already wealthy Stan Marshall slips neatly into Ed Martin’s shoes as chief of Nalcor, receiving virtually as much excessive compensation. Former City of St. John’s manager Neil Martin gallivants off into the sunset with over $640,000 in thank-you payout from the city (the same city, mind you, that furiously hacked away at its unionized employees’ pension plan in the last round of bargaining). What sort of city council demands concessions from lower-paid unionized workers while extravagantly stuffing the pockets of management? ‘Hypocritical’ is an understatement.

Nero was famously reported to have fiddled while Rome burned. Dwight Ball, Siobhan Coady, Ed Martin, Cathy Bennett, Dennis O’Keefe and others are running around pointing fingers at each other and playing blame-games while the province hurtles toward destitution.

Dwight Ball’s initial comment to media about the Nalcor scandal—that he would share his side with the Auditor General—was an insulting slap in the face to the public, who deserve to hear more from the province’s leader than ‘no comment’. Now Ball has shifted tack and resorted to pulling a page from Danny Williams’ playbook, responding to journalists’ simple and straightforward questions with chest-beating and aggressive attitude (which crisis management consultant’s bright idea was that, and how much were they paid for it?). The silver fox who was such a smooth talker six months ago, who winced like a hurt kitten when someone so much as glared at him, is now trying to re-invent himself as a tiger.

A tiger may be vicious, but at least it’s honest.

If Dwight Ball has the intention of staying on as premier, he has an ethical obligation to fully explain himself. Not just to the Auditor General, but to the people of this province.

The Liberal government is currently struggling to implement the most brutal austerity measures this province has seen since joining Confederation. Rural communities are watching as their libraries prepare to close. Parents are watching as their children’s class sizes are set to balloon, while they have to roll the dice to see what sort of classes their children will be allowed to study. Lineups have been packed outside gas stations all week in advance of the unprecedented leap in gas tax.

These are onerous measures, ones in direct contradiction to the advice of experts, and ones that have sparked an unprecedented protest movement. And the sole defense from the Liberal government has essentially been: “This is for the best. It’s the only way. Trust us.”

Or, as Placentia-St. Mary’s MHA Sherry Gambin-Walsh, in an exuberant display of arrogance, justified voting against disgruntled constituents: “I have more knowledge than they have, so I’m OK with my decision and what I continue to do…”

It is ironic that Ms. Gambin-Walsh is claiming superiority over her constituents, while Mr. Ball is staking his political future on a claim of ignorance.

Either way, the point is this: If the province cannot trust the word of the premier and cabinet ministers on the question of what transpired behind closed doors with Nalcor, how can the province trust the Liberal government on any other matter?

The legitimacy of the Liberals’ entire stewardship of the province at this pivotal and critical moment rests on their integrity as government. And right now that integrity is in serious doubt.

An exercise in trust

The sordid six months of Liberal government has been an elaborate exercise in trust.

During the provincial election they ran on an extensive platform of public spending. Trust us, they said. We all know how that turned out.

When they ripped up their campaign promises and revealed an entirely different and more brutal agenda, they said it was because it was in the province’s best interests. Trust us, they said.

How can we believe that it is truly necessary to close a million dollars’ worth of libraries, or slash hundreds of thousands from youth and seniors’ programs, when these same sums of public dollars are flippantly stuffed into the personal pockets of the province’s elites?

The infamous Temporary Deficit Reduction Levy was a centrepiece of that budget, along with government’s commitment that it would indeed be temporary. Trust us, they said.

Then came the furious debate over the independent appointments commission, with its slipshod wording that fails to give it any teeth, let alone any equity considerations. That can be saved for the legislative regulations, said Bennett. Trust us.

Everything the Liberals have done has been predicated on the message of “trust us.” That’s why the integrity of the premier is a matter of vital public concern. How can government make such excruciating demands of the people—demands which will close communities, drive people into poverty and reduce children’s educational opportunities—when government’s own integrity is in question? How can we believe that it is truly necessary to close a million dollars’ worth of libraries, or slash hundreds of thousands from youth and seniors’ programs, when these same sums of public dollars are flippantly stuffed into the personal pockets of the province’s elites?

It’s not that the money to do the basic things we ought to do as a province—keep libraries open, maintain reasonable class sizes—is not there. The money is there. It’s just in the wrong hands.

Before this government moves forward on any of the many budgetary initiatives that will cause tremendous hardship to the people of the province, it has an obligation to prove that its hands are clean, and that it is not guilty of any of the wrongdoing over which a compelling public case has been made in the media.

A government that can’t prove its leader’s integrity to the public cannot and should not remain in office. If its integrity is worthless, then so is its legitimacy to govern.

Rushing to seal the deal

The public should be highly concerned about the desperate haste with which the Liberals suddenly moved to pass the budget. Despite Ball’s own promise of considerable advance notice, government suddenly bolted for the vote.

This is irresponsible in the highest. It’s like a bunch of children who have broken into the cookie jar and hear the footsteps of their angry parents approaching, so they stuff their pockets and mouths with as many cookies as possible before they’re caught and dragged off for punishment.

The question of the premier’s integrity must be answered. And government has an obligation to hold off on its reckless budget until and unless its leader’s integrity can be proven.

If Ball winds up resigning as a result of the Nalcor scandal, an election must be called. The Liberals have already squandered public trust with their broken election promises and their abhorrent budget. If their leader is now forced to resign over a matter of integrity, the only honest move forward is to hold an election.

Not only has the people’s trust been shaken by the scandalous charges and accusations headlining the news, but the province’s entire reputation is at stake. The country—and the world—is watching, wondering whether the premier’s “I am not a crook!” speech will hold up under scrutiny of the evidence.

If the Liberals’ leader cannot be exonerated, then it is ethically incumbent on the party to submit itself to election. The province’s reputation in the eyes of the nation demand it.

The idea of a royal commission to investigate the growing scandal has been widely floated. An investigative commission is not a bad idea. But unless it is organized along sufficiently broad lines, it would be pointless. A commission must be given broad leeway to investigate not only the Nalcor severance scandal, but the actions of successive governments that created the political environment which made it possible.

Muskrat Falls, Nalcor, the provincial debt, and recent unresolved scandals from Humber Paving to Hickman Equipment to Exit Realty to Myles Legere all speak to broad questions about the ethical and fiduciary integrity of the province’s political and business leadership.

Any commission must be given the right to open any and all books, documents, correspondences and files. It must have unfettered access to everything. And it must be comprised of responsible public individuals who have had zero connection with government: no business leaders, no politicians or ex-politicians, no CEO’s and no elite officers of government or industry.

The question of who’s to blame for our present crisis does not have a single, simple answer. Blame falls on many persons.

It falls on those in leadership positions in public bodies who demand contracts with excessive, greedy rewards.

It falls on the government officers and boards of directors which authorize and allow such excessive contracts that squander public funds.

Right now the public feels rightly frustrated, because it feels like the Liberal MHAs are allowing poor decision-making and public scandal to spiral out of control. And it feels like those who are not at the centre of the scandal have simply buried their heads in the sand in the hopes it will all go away.

And they would do well to remember that sooner or later there will be an election. The longer a government slogs on after losing the public trust, the more brutal the punishment they will eventually receive when they are forced to go to the polls.

Cries for Dwight Ball’s resignation are already spreading across the province. From the NDP to the average citizen. The Telegram has delivered scathing critiques that leave Mr. Ball with little credibility. The question seems not to be if, but when, this cast of pillaging clowns will resign.

But how much damage will they be allowed to wreak in the meantime? 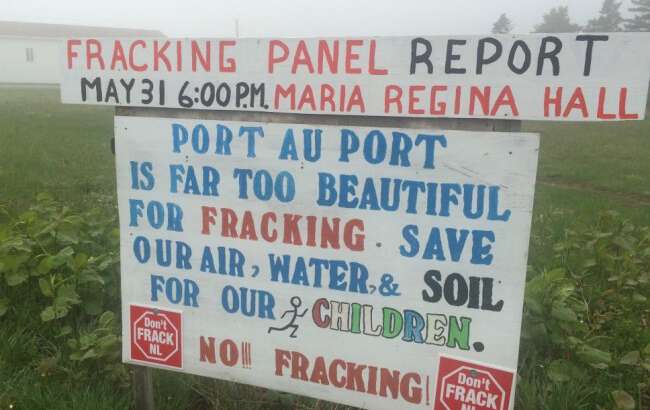 “Keep on marching”
"[T]his government did not concede anything out of 'caring'. They were drove to their knees by the pressure from the marchers..."