Is a new generation finally asserting itself?

If so, George Orwell would probably want it to be done idealistically, not strategically.

The greatest menace to democracy is the fact that its shortcomings are so glaringly obvious.

The greatest strength of democracy is that it makes no effort to hide this.

George Orwell, possibly the greatest observer and most assiduous analyst of western culture, took issue with many things, and among them was the danger of “a movement which could fairly be described as the revival of pessimism.”

The ‘revival of pessimism,’ wrote Orwell in his Tribune column of Dec. 24, 1943, is so powerful that it links political ideologies of the most disparate sort: Catholicism, Conservatism, Fascism, Anarchism, pacifism (“California brand especially”).

“The thing that is common to all these people,” he wrote, “is their refusal to believe that human society can be fundamentally improved. [Society] is non-perfectible, merely political changes can effect nothing, progress is an illusion.”

It’s a perspective which persists to this day, to the continued detriment of our own democratic society. It’s revealed by silly notions such as ‘strategic voting’, and more especially by the low numbers of voters who actually participate in elections. In Canada’s 2011 federal election the voter turnout was barely 61 per cent — over nine million eligible Canadian voters did not bother to cast a ballot.

Low voter turnout at election days is driven by a variety of factors—failure of employers to respect the right and the need to encourage employees to vote is a glaring one—but fundamental among these is probably the notion that voting will not actually change anything. This is an off-shoot of the same “revival of pessimism” that Orwell warns against.

Orwell was a socialist, and when he wrote this column he was criticizing people who said it was pointless to vote for socialists. Today’s progressive politicians and parties bear an array of different names, but the issue is the same: Pundits and public alike say it’s pointless to vote for them because their views and their arguments are unrealistic (mostly because they’ve never been tried). It’s impossible to perfect the world so it would be foolish to vote for a party that wants to.

“The danger of avoiding the neo-pessimists lies in the fact that up to a point they are right,” wrote Orwell. “So long as one thinks in short periods it is wise not to be hopeful about the future. Plans for human betterment do normally come unstuck, and the pessimist has many more opportunities of saying ‘I told you so’ than the optimist. By and large the prophets of doom have been righter than those who imagined that a real step forward would be achieved by universal education, female suffrage, the League of Nations, or what not.”

So then, what’s the point after all? If the pessimists are right, and things can’t be improved, why bother voting for a party that promises improvement at all?

The point, said Orwell, is that there’s a difference between improvement and perfection. The pessimists have created a ‘straw man,’ he said, and that ‘straw man’ is ‘human perfectibility.’

This is a fundamental issue for Orwell. Nobody’s promising a perfect world. Humans are flawed and complicated creatures, he says, and even if you create a world with less economic inequality, you’d still have the problem that human beings are imperfect and flawed. But, he says—and this is the key point—once you do away with as much of that economic inequality as you can, you’ll be a lot more free and able to tackle the deeper and more elusive problems of humanity’s flaws.

So long as one thinks in short periods it is wise not to be hopeful about the future. — George Orwell

“[W]hen economic injustice has been righted, the fundamental problem of man’s place in the universe will still remain. But…that problem cannot be dealt with while the average human being’s preoccupations are necessarily economic.”

So, says Orwell—work and vote for the ideals you believe in, not just those you believe possible to achieve.

There are other interesting frameworks through which to consider shifting voter turnouts.

William Strauss and Neil Howe, two American scholars, have developed a curious notion known as the ‘generational theory’, based on an extensive survey of historical and sociological trends. They have argued in a series of books—beginning with the 1991 study Generations—that Anglo-American history operates in 20-year cycles, and that there are essentially four 20-year generational cycles that keep repeating themselves.

There are four generational ‘turnings,’ they argue.

These four ‘turnings’ are affiliated with specific generations (viz: Baby Boomers, Generation X, Millennials, etc), but no matter what we call them they’re based on broader archetypes, which Strauss and Howe list as ‘artist,’ ‘prophet’ (hippies), ‘nomad’ (Generation X), and ‘hero.’

There’s a lot to critique in this sort of pop sociology. Yet there’s also a certain compelling attraction to it, particularly when considered in historical perspective. According to this framework, the cynical ‘don’t-bother-to-vote-because-nothing-ever-really-changes’ of the Generation X era is about to give way to the restored faith in democracy and in civic-minded social institutions of the Millennial era. In other words: progressive idealism is about to come back in fashion.

Whichever way you look at it—through the sober analytic of George Orwell, or the optimistic speculation of generational theory—the fact remains that voting matters.

And the current federal election might yet prove definitive evidence of this.

Last week, Elections Canada’s pilot project of running advance voting stations on a select group of university campuses—39 across the country, including Memorial University—paid off in spades.

Over a four-day voting period, Elections Canada reported that by the third day, 41,000 people—largely youth and students, given the voting demographic—had voted. By the end of the fourth day, over 70,000 people had voted. The numbers blew all expectations, and media coverage of the long lines at Memorial and elsewhere shattered once and for all the mistaken impression that youth and students do not vote.

The scenes at Memorial, as elsewhere, were particularly poignant; time and again stocks of “I voted!” pins were depleted early in the day, and calls to vote exploded across social media. 2015 may well be remembered as the year voting went viral. Gone forever, let us hope, is the mistaken stereotype of apathetic youth.

And the advance polls across the country also registered a sharp spike this year, according to preliminary analysis.

Whatever the reason, the lesson is clear: voting matters. And on Oct. 19, let’s make sure that we all do it. 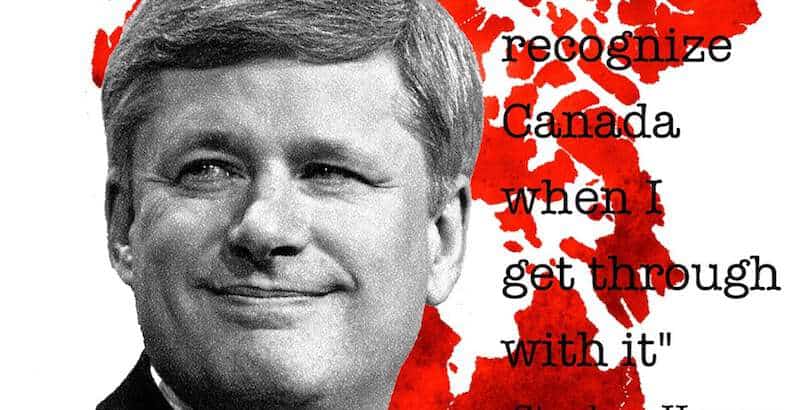 Why TPP rhymes with refugee
What could a major new trade deal and the way the Harper Conservatives have chosen to handle the refugee crisis possibly have in common?

Promoting misogyny and sexual exploitation on George Street
It's time for commercialized sexism and the clubs that support it to be shut down once and for all.