Parents who thought the April budget sounded bad may soon yearn for the kind old days of austerity.

Education Minister Dale Kirby announced Friday morning that the recent shift to multi-grade classrooms is insufficient to alleviate the school system’s financial burden. Beginning September 2017, what Kirby calls “barriers to multi-level learning” (i.e. classroom walls) will be removed in all public schools, enabling all classes to simultaneously take place in the same room.

“We’ll be converting all educational establishments to one-room schools effective immediately,” explained Kirby. “Arbitrary barriers dividing students by age or grade will be eliminated. It doesn’t make fiscal sense to have a school divided into three, or even six, different grades where one grade for all students would suffice. This is in accordance with the latest trends in multi-grade classrooms, which are to de-segregate schools by grade level.”

“One-room schools worked wonderfully for generations of Newfoundlanders and Labradorians,” he told reporters. “Irresponsible twentieth-century educators got used to spending beyond their means. Just because a child is six years old doesn’t mean they deserve any less of an education than a 14-year old. And a 14-year old can be a great help to six year-olds in the classroom. In fact our long-term aspiration is to achieve efficiencies by removing teachers from the classroom entirely.

“Student self-education is a valued pedagogical principle, and in this era of fiscal restraint I don’t think taxpayers would approve of paying people to teach children when children are quite capable of teaching themselves. Or at least, the credit rating agencies in Toronto that I report to don’t approve of it. And while I’ve been known to break the occasional promise to a taxpayer or constituent, I always honour my word to the credit ratings agencies.”

Kirby noted that even by converting the province’s K-12 system to one-room schools, it’s still unlikely they’ll be able to provide sufficient space for all students. Consequently, a lottery will be held to determine which children are allowed to attend school and obtain an education.

“Let’s be honest, with the cuts our government has implemented, there are going to be less jobs for graduates,” said Kirby. “So what’s the point of getting their hopes up by educating them for a job they’ll never have? Let’s be honest — literacy isn’t for everyone. Reducing the number of high school graduates will enable us to more realistically align future job seekers with labour market opportunities.”

Kirby responded angrily to a letter-writing campaign being organized by kindergarten students around the island.

“It’s absolutely untrue to say that we’ll be closing schools around the province,” said Kirby, after calling a press conference this morning to respond to the campaign. “We are not closing a single school. We’re simply cutting government funding and removing teachers from the classroom. If communities would like to take over and operate the schools themselves, they’re more than welcome to. If parents are so concerned, I would encourage them to step up and take on a class or two themselves. Most parents will be unemployed as a result of this budget, so they might as well do something useful.”

Youth in the province have benefited from free rides for far too long. — Finance Minister Cathy bennett

Dwight Ball said his government supports Kirby’s education reform initiatives. When asked what the province will do with students who don’t win the lottery to get to attend school, Ball said that his government is working on a public-private partnership to re-open the iron ore mines on Bell Island.

“Mining is a perfectly suitable alternative to schooling for this province’s children,” Ball said. “Getting your hands dirty can be a character-building experience—and one that will help this province pay off its long-term debt all the sooner.”

Finance Minister Cathy Bennett was quick to note that government will not be subsidizing child labourers on Bell Island.

“Cost of ferry rides will be deducted from the children’s wages,” said Bennett. “Youth in the province have benefited from free rides for far too long. The sense of entitlement among grade school children in this province is unbelievable. They want teachers, they want textbooks, they want to read and write. Want want want. It’s time children started learning a sense of responsibility.”

“The free ride is over.”

Editor’s note: In case you haven’t realized, this piece is satire. At least for now. 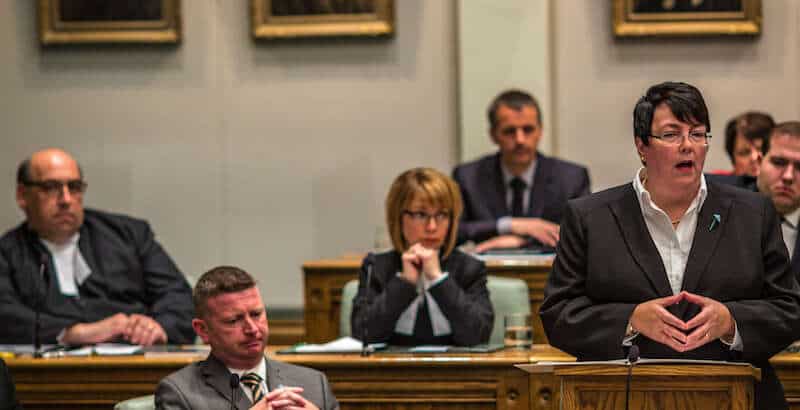 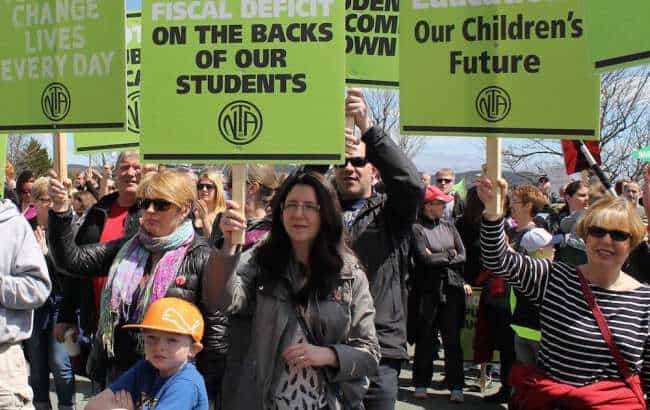 MHAs, what do we tell our children after Budget 2016?
Many are hoping Liberal MHAs, with a long weekend to ponder their role in shaping the province’s future, will return to work on Tuesday with…