Reflecting back on the Smallwood days for lessons in good policing

On August 18, 2010, a statue was unveiled in downtown St. John’s to commemorate the almost 300-year history of the Royal Newfoundland Constabulary. The RNC is in fact the oldest civil police force in all of North America, although it’s gone through many changes. In the early 1800s it consisted of bartenders and tavern-keepers, who, in order to be granted licences to run bars and taverns, had to agree to volunteer as police officers for the city as well.

The RNC’s history offers a lot to be proud of. It was the last police force in Canada to start carrying firearms (in 1998), and one of only six police forces in the entire British Commonwealth to be granted the title “Royal.” It is, of course, distinct from the RCMP, which only arrived in 1949 and took over the duties of the former Newfoundland Rangers, who had performed police duties in rural Newfoundland and Labrador.

Being in Toronto during the G20 disaster last summer made me think a lot about policing. Unlike many of my friends, it hasn’t turned me against policing at all. Rather, it’s led me to realize how important it is to have a police force with good training and accountable structures. The G20 fiasco was, if anything, the product of bad – very bad – policing. Interestingly, Newfoundland’s own history offers an example of a similar event which very nearly turned into a G20-esque disaster, but didn’t. It’s an event from which we can learn a lot.

Smallwood vs. the loggers

In 1959, the infamous logging strike was underway in Badger, Newfoundland. Premier Joey Smallwood had declared outright war on the union, and expressed his intent to drive them off the island. He sent most of the RCMP and RNC forces on the island to confront the strikers, further inflaming the situation. As the police, under Smallwood’s direction, intensified their presence and activity at the picket lines, a request was sent to RCMP headquarters in Ottawa for more reinforcements to be deployed to Newfoundland to assist with the protests and to confront the strikers.

RCMP Commissioner L. H. Nicholson in Ottawa responded enthusiastically. He mobilized 50 additional officers and a plane and had them on standby to fly to Newfoundland, while he asked the Minister of Justice for permission to deploy them. So far as he was concerned, asking the federal Minister of Justice was a formality.

However, after reflecting on the situation and studying reports from the picket lines, federal Minister of Justice E. Davie Fulton refused to deploy the reinforcements.

He argued sending in more police reinforcements, “instead of ensuring that the situation is kept under control, might act only as provocation to further incidents of violence and defiance …”

He explained to the House of Commons that the Newfoundland government’s request was “not a request to assist in the normal function and duty of the province in maintaining law and order,” but rather was a request for help “in the course of the furtherance of a project to extinguish a union from the province.”

He argued sending in more police reinforcements, “instead of ensuring that the situation is kept under control, might act only as provocation to further incidents of violence and defiance … there is no certainty that the sending of them would not do more to inflame the situation than to control it.”

He also noted that a decision on sending more police shouldn’t just be made on whether they have the numbers and ability to do so. He said they had to consider the impact this would have on “the overall responsibilities of the force … in a much wider context.”

In other words, if people across Canada saw the government using police officers simply to intimidate protestors and stop strikers and protestors, then people would lose faith and trust in the police, and this would make it impossible for police to perform their jobs. More police officers doesn’t necessarily mean better policing.

If only somebody with the sense of Fulton had been in office when Stephen Harper, the province of Ontario, and the City of Toronto were arming thousands of police officers to the tune of a virtual blank cheque. Not a single person in authority during the G-20 police mobilization asked the very basic question Fulton asked back in 1959 – is this really a good idea?

Of course, RCMP Commissioner Nicholson was furious when the Minister of Justice overrode his decision in 1959. In fact, he immediately resigned his position, claiming the government was interfering in police decisions for political purposes.

This entire situation raises a very good – and very important – question. What is the role of politics in policing? Was it political interference for the Minister of Justice to overrule the RCMP Commissioner’s decision on sending reinforcements, because the Minister was concerned about the impact this might have on the RCMP’s reputation across the country? Or was it political interference for the RCMP Commissioner to agree in the first place to a request for police reinforcements, when those reinforcements were being used as political pawns in Smallwood’s plan to crush a labour union?

It also raises important questions about accountability. Should the RCMP commissioner be independent from the government and able to make decisions based on what the commissioner thinks, on the basis of his or her professional experience, reflects good policing? Or should the RCMP be directly under the control of an accountable, democratic government, so that all policing decisions have to be reviewed by elected citizen representatives?

Judging by outcomes, it seems the Minister of Justice made the right call, and there was no need for the additional reinforcements. But it’s an issue we still need to come to terms with.

The RCMP today has been wracked by a leadership controversy of a different sort, with officers complaining about the conduct of their most recent commissioner, who was appointed from outside the RCMP for the first time in their history (in February, he announced his resignation). But the core issue is the same: what should the political relationship be between the police, and the democracies they serve and work for?

What do you think?

For more information on the issues covered in this column, check out this source: Pue, W. Wesley (ed.) (2000). Pepper in our eyes: The APEC affair. UBC Press.

Matthews backs out of C-NLOPB nomination 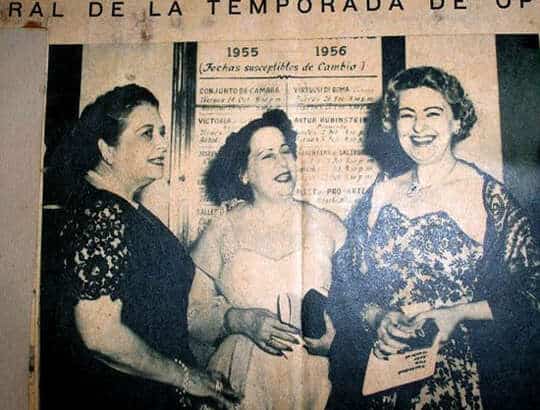