Oh, to be a journalist at election time. The awe of our democratic system in action… the excitement of politicians on the prowl… the pun-ish (ing) article titles… the tweets… OMG, the sweet tweets…

Based on the frantic outpouring of election-related articles, there are times you’d think the media have more at stake in this election than the politicians. Or, you know, the Canadian electorate.

Of course, the pressures must be intense. Each media outlet competing to produce the most content, the quickest coverage; racing to be the first with the latest; to take advantage of the election to sell the most advertising.

And it shows. Even Jack Layton’s ‘hashtag fail’ quote generated dozens of stories. The other day I read a feature (two pages, no less) on how much we can learn about the future of Canada from what the party leaders eat for breakfast (the media is seriously concerned about the fact Gilles Duceppe refuses to dish up). That pinnacle of reportage was surpassed within hours by a more sophisticated article which analyzed the significance of Olivia Chow taking off her jacket during a media interview, and what it says about society when politicians don’t wear sleeves (cutting edge journalism, that).

But all these are fairly innocuous compared to the real rock star wannabes of federal politics. No, I’m not talking Stephen Harper’s piano-man fantasies. I’m talking about the opinion pollsters.

Each year has seen polling ramped up: more polling agencies doing more of it, and media using polls more prominently than ever before. Indeed, the more well-known pollsters are becoming household names: Ipsos-Reid, Nik Nanos. News agencies speak to them daily, to have them explain to us – the voters – what we’re really thinking and why we do what we do.

Polling is dressed up in scientific lingo, but ultimately it’s merely the latest form of the ancient tradition of prediction. And it speaks to the very basic, very ancient desire to understand the complex world around us, and know what’s going to happen before it happens.

Our ancestors consulted the entrails of sheep, cut the throats of chickens, stared at the stars and entered drug-induced trances, all in the hopes of discovering what lay in their future (preferably accompanied by some reassuring explanation about why). Polling is a modern form of that: ask hundreds of people some questions, run their answers through computerized mathematical formulae, and voila! Next week’s election results, today.

Is it accurate? Well, come to think of it I did feel a celestial push to streamline my routines this week, and Venus did seem to be putting out friendly vibes. Maybe there’s something to the art of prediction after all…

Of course, there’s only one test we’ll ever have of polling accuracy: election night. Critics highlight numerous problems with media’s obsession with polls: shift to cellphone use, diminishing response rates to polls, influence of the wording, polling fatigue, psychological studies which show that when put on the spot, people tend to give others the answer they think they want to hear rather than the truth, and so on. Even polling results raise eyebrows. The four major national polls conducted on April 20 had an almost 10-point difference in their results.

These are serious problems. In a 2007 special issue of Public Opinion Quarterly (mostly only read by pollsters) about the new problems facing pollsters, the president of the American Association for Public Opinion Research admitted: “our operating model, or paradigm, is breaking down.”

In a recent online discussion, pollster Nik Nanos defended polling by saying it’s useful for voters to have access to scientific data to help inform their choices. But polling is not a scientific practice: it’s a bizarre pseudo-scientific form of hucksterism, designed not to offer us any particularly useful insight into the nature of our democratic society, but rather to provide a grand spectacle for the viewers.

And that’s the problem. It turns politics – and democracy, since that’s the type of politics we practice – into a spectator sport, not an active process that we’re part of. Instead of being in the driver’s seat, we’re the ones sitting in the stands watching the game play out. And that’s not the way it’s supposed to be.

Do you really feel compelled to take a couple hours off work to vote when you’ve been told the candidate you’re voting for (or against) already has 70 per cent of the vote, and it’s virtually impossible he or she will lose the election? I’ll be the first to admit it – when I think something’s a lost cause, or a done deal, I’m much less likely to devote time to it. It’s a basic issue of priorities in our busy society.

By telling us, day by day, what the standings are, and what the parties “must do” to gain votes, the pollsters destroy the most crucial part of the democratic process. Political theorist Maurizio Viroli wrote “Citizens take participation seriously only when they have a chance to make a difference.”

Democracy is based on the implicit faith that yes, we CAN change the world around us – any one of us – by running, by campaigning, by talking to our neighbours, by debating the issues, and by gradually, over the course of several weeks, coming to a consensus on what we as a community or country believe we want to do. That’s democracy. Not the day-by-day play-by-play of the mainstream media and the pollsters.

The two work very closely hand in hand, and it’s a relationship we need to be aware of.

In the world of online media, papers are heavily influenced by advertisers, who sell ads based on their ability to prove to wealthy companies that people read their papers. They prove that by pointing to the number of clicks and comments on their papers. In order to generate more people clicking back to read their papers, they have to give them reasons to come back. And what better reason, than to check day after day to see how the daily poll results have turned out, and which parties are winning or losing?

In Britain, the BBC developed a code of conduct to govern opinion poll usage which many media agencies have adopted. This code imposes a number of conditions: opinion polls may not be used in headlines or be the sole focus of a news story; the background methodology of the poll must be explained; and, crucially, the media will not publish any of the pollsters’ interpretive commentary about the results (so much for Canada’s rock-star-wannabe-pollsters).

Indeed, Canada used to ban polls for three days before an election, until a coalition of papers took the government to court, arguing this was unconstitutional. The Supreme Court agreed, ruling that although polls might bias some voters, the government “cannot take the most uninformed and naïve voter as the standard” on which to decide that polling endangers democracy (zing!).

In a recent online discussion, pollster Nik Nanos defended polling with the very good point that accurate research is vital to sensible decision-making. But counting popularity ratings isn’t research, any more than my looking at the bumps on a chicken pox patient to confirm he has chicken pox could be called practising medicine.

A research study on the 1997 election raised concern that out of dozens of election issues, opinion polls were among the top three issues discussed in media election coverage (more often discussed than health care, crime, or the budget). With hundreds of stories focusing on nothing but opinion polls, the real issues don’t get discussed. The report also criticized the uncritical way in which media used opinion polls: in 89 per cent of cases, the media used polls to explain candidate/party actions. Real, professional journalistic investigation and reflection was lost as reporters looked no further than polls for quick answers to all their questions. Furthermore, reporters start boiling down complex issues into trivial statistics.

The federal debate garnered entire news articles that analyzed Jack Layton’s use of “bling” and “hashtag fail,” or counted Tweets that quoted each leader. Is this really what journalism schools are teaching our future reporters?

Indeed, “professionalism” is often quirkily interpreted by pollsters. Last year, Ekos Research pollster Frank Graves issued a national apology after his commentary included a recommendation that in order to gain votes, the Liberals should launch “a culture war” to divide the country: “If the cranky old men in Alberta don’t like it, too bad. Go south and vote for Palin.” Ditching insightful analysis for quick cracks appears to be what polling is about.

Just as dangerously, leadership polls boil critical national issues down to a matter of how they impact popularity ratings. In response to recent allegations of major illegal spending by our government, pollster Nik Nanos sums up the potential violation of the nation’s democratic regime thus: “The key factor to consider is whether this is a sustained hit or a one-off.”

Is this a country or a hockey game we’re running here?

An interesting study conducted in Denmark in 2000 found that two-thirds of voters felt that media was too dominated by coverage of opinion polls, and that this had a negative impact on the voting process. In a delicious twist of irony, almost half of those polled (45 per cent) were in favour of banning polls for a period of time prior to voting day.

It was over a decade ago that the Supreme Court decided pollsters were not out of control and posed no threat to Canada’s democratic fabric. Perhaps it’s time to reconsider whether the Supreme Court’s judgment was “a sustained hit or a one-off.” 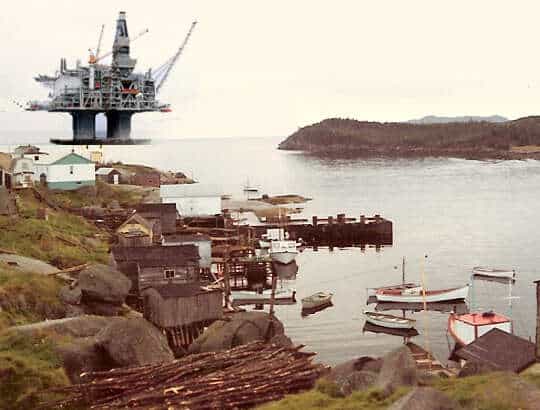 Comment: have not, are too
A response to Barrie McKenna's column in the Globe and Mail 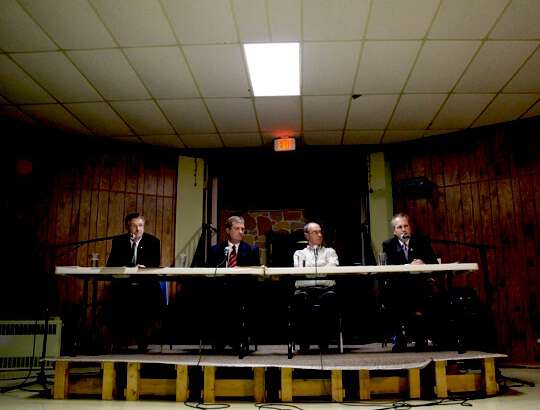