On Occupy camps, Hello Kitty, and the State

Or, how Newfoundland invented the ‘Occupy’ movement before Wall Street…

A chance encounter two weeks ago left me pondering the complex relationship between the State, its security apparatus, surveillance, social inequality, and Hello Kitty.

And it all began at airport security.

While I have many friends who are routinely and deeply offended by intrusive scans, 3-D imaging of their bodies, or physical searches, I normally couldn’t care less. I’m a nervous flyer, and my priority is normally to get from Point A (i.e. the bar located at the nearest spot before security) safely to Point B (i.e. the bar located at the nearest spot after security) in the least amount of time possible. From my perspective, airport security are basically like those annoying, badly dressed bouncers with attitude outside the club. You smile nice, don’t act too drunk and hope they don’t search you and find the water bottle full of gin you’ve got buried in your shoulder bag.

Invariably however, some combination of my large metal belt, steel-toed boots, or bionic body parts sets off suspicions and I get searched. On this particular occasion, a burly German was going through the motions while his associate, a woman officer looking politely away, watched my gear travel through the electronic scanner. As she watched, my laptop – covered in Hello Kitty stickers, and sitting atop its trademark Hello Kitty laptop sleeve – cruised to a triumphant halt at the end of the conveyor belt (anybody who knows me also knows of my predilection for the 3-apples-high, red-ribboned mother of all creation). The officer glanced from the Hello Kitty laptop, to me, and back again to the laptop. I suspected what was coming. She screwed up her face suspiciously.

You smile nice, don’t act too drunk and hope they don’t search you and find the water bottle full of gin you’ve got buried in your shoulder bag.

“That’s not yours!” she exclaimed, half question, half challenge.

“It is too!” I replied indignantly.

“Hey I love Hello Kitty too,” said the new officer, and drew out her Hello Kitty keychain to prove the point.

A fourth security officer quickly bounded over. “Hey me too!” she said, tossing a Hello Kitty cellphone down onto the scanner table. Hello Kitty had my back.

Within seconds, myself and the four security guards were huddled around a table, emptying our pockets and showing off all our Hello Kitty gear to each other. It was a rather heartwarming moment in an otherwise cruel world.

Dealing with a state in flux

While my own approach to dealing with security forces involves cuteness and Kitty, the media has been gripped by a much more direct and confrontational struggle playing out in the various “Occupy” camps around the world.

I – like many, I’m sure – have found it challenging to come to terms with the Occupy movement. As somebody who likes organization, plans, and efficiency, I find their lack of clear-cut strategy and goals to be absolutely galling. On the other hand, I’ve deeply admired the determination and courage of those who have made their protest in the face of repressive and often violent police action, determined to uphold their rights to free speech and dissent, and determined to denounce the growing inequality in our society and demand change (even if nobody’s quite agreed on precisely what that ‘change’ should look like). After all, the hippies back in the 1960s didn’t have a list of demands or a set of goals for changing the world, yet the simple fact of their existence and their attitude – nonchalant, experimental, uninhibited and daring – sparked the greatest transformation of social values in the 20th century, and one whose consequences are still being felt. I’ve got limited tolerance for hippies, but they really did change our society, and mostly for the better.

…there’s an intrinsic joy in seeing injustice challenged, and in seeing those who have been exploited stand up for themselves.

Indeed, I think this was the reason for much of the initial popular support for the Occupy movement, even when nobody was quite sure what it was or where it was going. It’s sort of like when the little dorky kid finally turns around and slugs the schoolyard bully on the after-school special. You might not particularly like the dorky kid, or want to hang out with him, but there’s an intrinsic joy in seeing injustice challenged, and in seeing those who have been exploited stand up for themselves.

And yet the Occupy movement has changed quickly in very confusing ways. What was originally a grass-roots, non-hierarchical, spontaneous social protest against greed has suddenly grown leaders with names like Grim, and Jay-Z and his fashion company have rolled out a line of Occupy shirts (for their own profit). In Toronto, the spontaneous protest has suddenly gotten $20,000 Mongolian yurts to live in, and Occupy site librarians are going on exchange trips to each other’s camps (FYI: Occupy Toronto claims to have the best library of any Occupy camp in the world. Nice to see that some things never change…)

And at the same time, the repression grows. The world was shocked last month by the violent police attacks on Occupy protesters in Oakland, while in Canada the dark horse of Occupy policing has, unexpectedly, been Halifax, where police forcefully broke up an Occupy camp and arrested several protestors.

In the midst of such confusing, chaotic and changing world events, it’s comforting to reflect on the fact that – to quote the best show in television history (for those keeping track of pop culture references) – ‘all of this has happened before, and all of this will happen again’. Because it’s not the first time there’s been an Occupy camp in Newfoundland history.

For our first glimpse into spontaneous, anti-hierarchy occupations of public land, we turn back the clock to 1750. Round about this time, a growing number of oppressed soldiers, sailors, and fishers decided to turn their back on their exploitative working conditions, and the backbreaking labour they were expected to perform for their rich employers, and for which they received little compensation or justice. Organized by an Irish naval deserter named Peter Kerrivan, they left their jobs and wandered off into the area of Butter Pot, on the Avalon Peninsula, where they established, essentially, an Occupy camp (or, as it was known more dramatically in the day, an ‘outlaw society’). Calling themselves the Society of Masterless Men, they formed their own free camps, living in “rude tilts” and survived by hunting, fishing and living off the land, as well as trading with local communities. They grew in number, and the alarm of the authorities grew in equal measure. Local merchants and businesspeople complained that the Masterless Men were ignoring government authority, and that they were organizing “riotous and unlawful assembly of people”. The authorities investigated and decided the best solution was to build more prisons, and send in the Royal Navy to chase out and arrest the Masterless Men. By this time however the band of Masterless Men had grown quite large and knew the land well: three separate military expeditions failed to capture them (indeed, they’re credited with having built the first roads on the island, both in order to move around the wilderness quickly as well as to serve as decoys to confuse the authorities). For somewhere between 50 to 100 years the Masterless Men roamed the hills of Butter Pot, eventually becoming absorbed into the local communities and outports.

The Masterless Men didn’t have an agenda, a list of demands or a media or exit strategy either. They simply wanted to enjoy their freedom, live without exploitation and enjoy the fruits of their labour…

The Masterless Men didn’t have an agenda, a list of demands or a media or exit strategy either. They simply wanted to enjoy their freedom, live without exploitation and enjoy the fruits of their labour on the land. They terrorized nobody but the merchants who were appalled at seeing them earn a free living. Their independence, self-reliance and willingness to challenge exploitation and the unduly harsh rule of government authority left its imprint on our outport communities, for whom these values became the ones we still honour and cherish today.

The Masterless Men – and what they represent – are an important part of our heritage. It’s hard to square the Occupy protest camps, with their wireless, generator-run internet and their library yurts, with the band of free Irish outlaws living in the hills of Butter Pot, but they share a common thread: the courage to say enough is enough, and to turn their back on a system that exploits them. I’m still not sure that I fully like the Occupy movement, but I do know that that courage is something far too many of us have lost, and something we must regain if we are indeed to build a better world in the face of what this one is becoming. 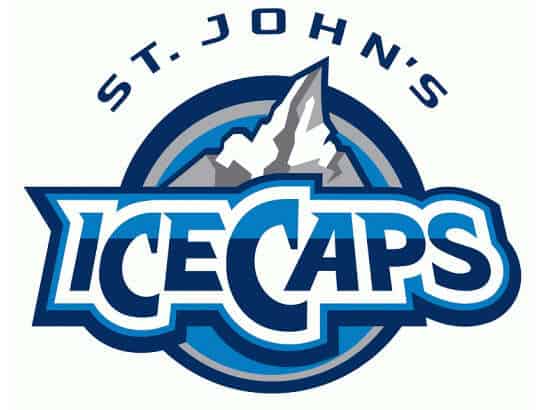 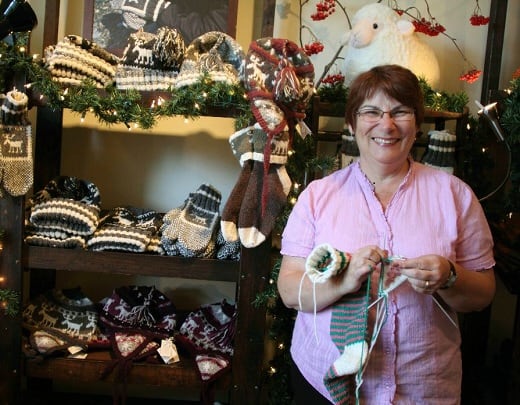