Our federal election: the fairy tale

Once upon a time there was a land called Avalon. One day, a dark shadow emerged from the fog…

Once upon a time there was a land called Avalon. The people of Avalon were a happy people, friendly and hardworking, and supported each other in all ways. They were neither very poor nor very rich, and didn’t have – or need – much beyond their happiness, their beautiful island, and their carrots and turnips.

“Whaddayat b’ys?” they said to the dragons. “How can we help you?”

“Parliament is more than procedure – it is the custodian of the nation’s freedom.”
– John Diefenbaker, Conservative prime minister

The people of Avalon conferred amongst themselves. Several Prominent Citizens excitedly argued in favour of the deal. Diamonds, they said, were Very Important Things, and without them the people of Avalon would be very unhappy. The people of Avalon found this a bit hard to fathom, since they’d been quite happy without them up until this point, but being a polite people they decided to respect the Prominent Citizens, and they agreed to give their carrots and turnips to the dragons. They brought them out, gave them to the dragons, and then danced a little jig. The dragons greedily wrung their hands and licked their lips, and they gathered up the carrots and turnips, and they flew away.

“What about the diamonds?” asked the people of Avalon.

“We’ll bring them when we return!” yelled the dragons over their shoulders, and some people thought they heard a little snicker, although perhaps it was just the wind.

A year went by, and another year, and then one day the sky darkened and the dragons returned.

“We have come,” said the dragons, “for your carrots and turnips.”

“What about our diamonds?” asked the people of Avalon.

“Loyalty to the ballot box is not necessarily loyalty to the nation. Political captains in Canada must have courage to lead rather than servility to follow.”
– Arthur Meighen, Conservative prime minister

“They are very heavy,” said the dragons. “But if you give us your carrots and turnips, we will grow strong enough to carry them back here next time.”

So the people of Avalon gave the dragons their carrots and turnips, and the dragons flew off, and there was again a strange snicker in the wind.

“We have come for your carrots and turnips,” said the dragons.

“What about our diamonds?” asked the people of Avalon.

“It is too cold today,” explained the dragons. “Diamonds shatter in the cold. We must wait for a sunny day, and then we will bring you your diamonds.”

As you might surmise, the pattern continued. By this point, the people of Avalon stopped even discussing the matter: they just handed over their carrots and turnips, and took it for granted they would never see their diamonds. And the Prominent Citizens encouraged this, because unbeknownst to the people, the Prominent Citizens were receiving shiny gems from the dragons, and the gems were so shiny and mesmerizing that the Prominent Citizens did not even realize they were selling out their fellow citizens, and undermining the honour and integrity of the land of Avalon. And many of the people became unhappy, and people from neighbouring lands stopped visiting them because they were so surly. And then one day, just before the bi-annual visit of the dragons, a handsome young knight rose up from among the people of Avalon.

Well, OK, he was a lawyer perhaps, and not a knight. And as for handsome, well, he had a weird sort of way of parting his hair. And as for young… well the point is, he rose up. And he said if the dragons brought no diamonds, he would take his sword and smite off their tail. And the Prominent Citizens urged him not to be rash, but he pointed out they hadn’t exactly accomplished much for the people of Avalon with all their whining, and the people of Avalon agreed, so the Prominent Citizens became fearful and silent.

When the dragons arrived, the knight stepped forward.

“Dragons,” he said, “every year you come bringing promises. And we give you our carrots and turnips, and you never fulfill your promise. So why should we believe you now?”

“Because,” snarled the great blue dragon, “if you do not, we shall torch your towns and eat your babies. And you won’t get any diamonds, either.”

And the people of Avalon gasped.

“I do not say that everything I did was right, but what I do say, Mr. Speaker, is that what I did was honest.”
– John Diefenbaker, Conservative prime minister

“Dragons,” said the knight, “we may be neither poor nor rich, but the one thing we have is our integrity. And we will not be made fools of from fear of standing up for ourselves, no matter how great your claws or how fearsome your teeth, or how shiny the diamonds you offer us.”

And with that he drew his sword.

And the dragons put their tails between their legs, turned around, and flew away, never to return.

And then a strange thing happened. As the story spread far and wide, more and more people came from nearby lands to visit the people of Avalon. They had heard about their courage and their integrity, and had a new-found respect for them. And so they wished to visit and trade with them. And many of them brought diamonds – the first diamonds the people of Avalon had ever seen. And the people of Avalon, with a new-found courage and sense of themselves, began daring and audacious projects, and built great works of art and planned great feats of engineering. And they had never been so prosperous, nor so happy, in all their lives.

And then one day the knight who had chased off the dragons decided it was time to retire. For there comes a time when all knights decide to retire and move to Florida, especially when the exchange rate is good, and thus, he said, his time had come. He bade them farewell, and they prepared a big feast for him, but he was so eager to take advantage of the exchange rate that he skipped out ahead of it.

“What shall we do now?” the people of Avalon asked themselves. “We’re not used to getting along without the knight. We need something new, to give us some sense of purpose.”

“Well,” said the Prominent Citizens, from the corner where they had been huddling all these years. “You know, there’s these diamonds…”

“Now children,” said the Storyteller, as he closed his great book, “tell me, who do you think was the greatest villain in this tale?”

“I know!” said the eldest child. “It was the dragons! They made promises they did not keep, and they were nasty and deceitful. AND they threatened to eat babies.”

“This is true,” said the Storyteller. “But not the only truth.”

“I know!” said the middle child. “It was the Prominent Citizens! Because they pretended to help the people, but really they were just scheming for themselves, and sold out their fellow citizens just for the sake of some shiny gems. And when the knight retired, they tried to do it all over again! They were the real traitors!”

“This is true,” said the Storyteller. “But not the only truth.”

“I know!” said the youngest child. “I think the dragons were nasty and deceitful, and the Prominent Citizens were scheming and self-interested, but the greatest villainy was that the people let themselves be fooled into believing the dragons, and into thinking they had no choice but give the dragons what they demanded, and they failed to stand up for their own dignity and integrity.”

The Storyteller smiled. “You are all correct,” he said. “Because villainy results from deceit and greed, and it is spread by scheming self-interest, and it thrives when fear prevents us from acting with integrity.”

“Storyteller,” said the children, speaking in unison, “when we grow up, we won’t be like the fearful, weak people in this story. We will always have the courage to act with integrity, and we will never give our carrots and turnips to anyone who lies to the people of Avalon, no matter how many diamonds they promise us!”

And the Storyteller smiled knowingly. 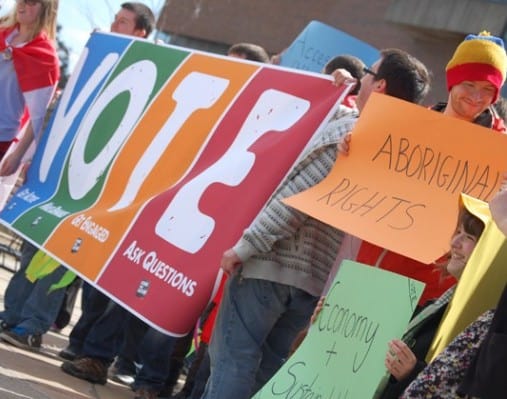