Owning up to a Big problem

Newfoundland’s attitude toward Labrador has got to change.

In it, wearing a t-shirt of ambiguous purpose, she declares heatedly: “They absolutely do not believe that we own Labrador! I really, firmly believe that.”

She is referring, of course, to Hydro-Quebec’s recent effort to challenge the Muskrat Falls hydroelectric development and assert its own energy rights in the area.

Her comment was designed to dismiss Quebec’s claim, but it has wound up stirring up rancor of an entirely different order, from Labradorians (and even Islanders) offended by the…proprietary…nature of her comments. And rightfully so.

It is perhaps a reflection of the remarkable ineptness of the current regime that an effort to stir up nationalist fervour – which history would suggest is the oldest and easiest trick in the book – has instead backfired, fomenting division and rebellious furor.

Owning up to it

The key to all this lies in the verb Dunderdale chose to use. Of all the possible action verbs in the English language (and any number of adverbs that would have been equally suitable), she chose “own”.

Not “support”, not “is part of”, not “shares historic and cultural roots with”, not “is linked with”.

And right there you have it: a perfect articulation of the attitude which is inciting growing anger among Labradorians and will scuttle Newfoundland’s opportunities to share in Labrador’s resources far more quickly and effectively than any legal action from Quebec.

Yes, it’s true that her statement was probably made in haste, and was an expression of anger against Quebec. But it is incredibly symbolic and meaningful that a statement so dismissive of Labrador could come with such ease to a premier who is supposed to represent – and respect – the Big Land of which she speaks.

The crux of the matter is this: Newfoundland (the island) needs to treat its mainland partner with greater respect, and stop treating it like a slush fund full of resources to be sucked dry by the Island.

This is key to the ongoing – and worsening – relationship between Newfoundland (the island) and Labrador.

Historically – and under the international treaties that deal with such things – it is, perhaps, accurate, so far as statements go. Newfoundland’s “ownership” over Labrador was recognized by the British privy council in 1927 and this has been affirmed in various subsequent legal studies and assessments.

But that was 1927. This is now. And it’s not any more appropriate to say that Newfoundland “owns” Labrador than it would be to say that young Canadians teaching English in Korea are “civilizing” the Asians.

It reflects an entirely improper, and condescending, attitude to what the relationship between the Island and Labrador is and should be. And that attitude is a serious problem. The provincial government’s apparent blindness toward how serious a problem it is also bodes ill, for our collective future if nothing else.

As one comment on the video clip put it, “The premier doesn’t seem to realize that Labrador is a people, not a commodity.”

That puts it perfectly. For years, Newfoundland has treated Labrador in much the same way as Newfoundland complains it’s been treated by Canada: as a second-rate, irritating source of natural resources to line the pockets of those up-along.

Newfoundland’s failure – and here I refer to both the Island, as well as the provincial government, which even includes some power-brokers from Labrador that should be doing more about this – to treat Labrador with the respect and dignity it deserves is reprehensible, embarrassing, and colonialist.

It is also extremely short-sighted. In today’s world, the self-determination of people is an accepted right. Witness the many small countries that have come into existence in recent decades around the world: some peacefully, some not, and some under the protection of international armies sent in to defend the sovereignty of self-determining regions that have declared autonomy. Newfoundland’s “ownership” of Labrador might be grounded in international law, but it would not hold up for five minutes if Labrador decided it preferred autonomy.

Did I say ‘stop the colonialism’ yet? Yeah. That.

It’s ironic indeed that the famed Atlantic Charter – the agreement announced in World War II between England and America, affirming the right to self-determination for all peoples, and the rights of distinct regions and people to assert their independence and free themselves of colonial yokes – was signed in 1941 off the coast of Newfoundland. When Winston Churchill and Franklin Roosevelt met in Placentia Bay, their agreement opened the door to the unraveling of colonial empires across the world (Britain’s included). It is ironic and sad that one of the last remaining instances of this colonial dynamic still plays out near the very waters where that declaration was made.

If ever a federal government found itself at odds with Newfoundland, all it would need to do is dangle the prospect of Labrador autonomy before The Big Land, and Newfoundland’s bargaining power would wither.

And let’s be honest, Newfoundland “needs” Labrador a whole lot more than Labrador “needs” Newfoundland. Labrador’s nearby mainland neighbours would, I am sure, be more than willing to provide it with the infrastructure supports it would need to thrive autonomously. The mineral resources of the region would more than pay for it. The small population would make a more equitable distribution of riches among its peoples quite feasible. It could become the Dubai of the North.

If ever a federal government found itself at odds with Newfoundland, all it would need to do is dangle the prospect of Labrador autonomy before The Big Land, and Newfoundland’s bargaining power would wither.

Indeed, Newfoundland’s government could learn a lesson or two on the matter from the feds. As the ‘Scramble for the Arctic’ proceeds at full steam, the federal government has been incredibly careful to treat the northern peoples inhabiting those lands with at least a modicum of respect (more respect, at least, than it accorded them before it realized how much wealth was to be had up there). So have the corporations that are moving in to exploit that wealth. They pay well, often shower local communities with money, build local infrastructure. They sign agreements that ensure local communities receive a share of the wealth. They granted Nunavut self-government, for frig’s sake.

None of this is perfect. In fact much of it is inadequate, and even problematic in deeper ways. But it’s still a whole lot more than Newfoundland has been doing for Labrador.

Colonialism is so yesterday. Have I said that yet?

In writing this, I am not proposing or encouraging Labrador to seek independence. As a Newfoundlander (the Islander variant) I respect and hold dearly the relationship that has existed historically, culturally, and politically between the Island and its mainland partner.

The relationship between Newfoundland and Labrador could be a great one, and we could jointly propel each other to a great place, improving and establishing our position in the world.

Newfoundland and Labrador have strong historic and cultural links, have exchanged people and traditions, and have weathered a great deal of political storms together. Our histories are inter-woven, and our peoples have inter-changed as well. I very much want that relationship to continue.

But even I recognize that it cannot continue on the basis of which it operates right now.

It’s with a certain sense of frustration that I write this. The relationship between Newfoundland and Labrador could be a great one, and we could jointly propel each other to a great place, improving and establishing our position in the world. Instead, a handful of elites in St. John’s are ruining our chances for a collective future, out of nothing more than short-sighted, greedy, proprietary, colonial ignorance.

What to do about it? There are several possibilities. Give Labrador greater control over the development of resources on the mainland. For that matter, let Labrador have its own say as to whether the project will proceed. How many of the debates over the future of Muskrat Falls and the Churchill even happened over there – where the residents are directly affected?

Give Labrador greater control over issues like transportation, infrastructure, and municipalities. Establish a regional council that will ensure local jurisdiction over decisions that affect local lives. The provincial government could still maintain jurisdiction over trade, inter-provincial affairs, and so forth. But Labrador would have an extra – and local – layer of representation to ensure that decisions were made by those who are affected by them, not just by a group of predominantly Islander elites. And give Labrador a greater share of the profits that are being generated on its territory, in order to fund and develop these initiatives.

But first and foremost, give Labrador the respect it deserves. And that starts with recognizing that they’re a people, not a property. 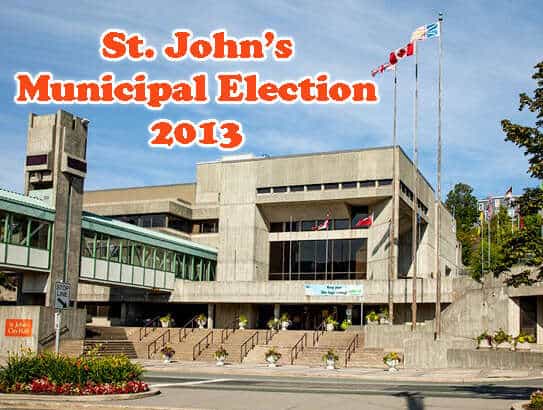 Help us ask St. John’s municipal election candidates the right questions
Share the questions you want to ask city council candidates and be a part of The Independent's St. John's Municipal Election 2013 coverage.