Something very different is happening in Newfoundland and Labrador

For all the negative things it will do to our province, the Liberals’ austerity budget is bringing people together in a very meaningful way.

In his most recent book The Naked Blogger of Cairo media and politics scholar Marwan Kraidy looks at the recent wave of uprisings against governments in the Middle East and argues that all the technology, public relations strategies, and social media in the world mean very little compared to the simple power of the human body.

It was human bodies, not theories or strategies, that triggered the mass movements which have threatened long-entrenched institutions of power in recent years, Kraidy says. At the core of every revolutionary moment is the sight of bodies — whether individual bodies setting themselves on fire (as in Tunisia), or large groups of bodies coming together to occupy public spaces (as in Cairo, Istanbul, Hong Kong, Paris, Kiev, Madrid, Madison Wisconsin, and plenty of other cities in recent years), or even small groups of people huddled together in places we do not expect to see them (as in the initially small protests that eventually exploded into Occupy Wall Street).

It is bodies obstructing the regular operation of powerful institutions that have shaken even North America in recent years, from the Occupy movement to Idle No More to Black Lives Matter.

Bodies are central to the protest movement that has gripped Newfoundland and Labrador in recent weeks too. While our small population means that protests are always much smaller than those we see on the news elsewhere in North America, the power of bodies presenting themselves in protest day after day after day against the Liberals’ austerity budget cannot be denied.

While the thousands who came out for NL Rising last month were impressive for their large numbers, equally impressive are the silent dozens—or even single digit numbers—who have been holding protests outside schools in recent weeks. Or the workers stepping out in protest on their lunch breaks at health care facilities. Or College of the North Atlantic students walking out of class. Or protesters in Happy Valley-Goose Bay denouncing the gas tax hikes.

Or the hundreds coming together, week after week, around a wide range of issues, from the grassroots community members who organized an unlikely yet remarkably successful march from the Avalon Mall to Confederation Building, to the hundreds of parents and children brought together by the school councils to protest overcrowded schools at Confederation Building at the end of May.

Bodies have been presenting themselves in protest in the mornings before school, on their lunch breaks at work, and even in the evenings at Confederation Building.

And then there are the hundreds of posters demanding Premier Dwight Ball’s resignation, plastered across the city by a couple dozen young people, brought together through social media, who worked through Saturday night to send their message to the premier.

This is a not a movement that is going to go away.

And these are not the usual faces, which is what renders them all the more potent.

From the oil worker who organized a protest outside CBC headquarters to confront Premier Ball—“I never wanted to be an activist,” he said to the hundred or so that joined him—to the young children dancing and chanting alongside their parents, these are individuals and families most of whom have never been to protests before. The unions and community groups that have experience in organizing rallies are there too, to be sure, but what is most striking is that they no longer even seem to be the ones leading many of the protests.

And while there are plenty of slick and mass-printed placards, just as notable are the hand-made ones, scribbled in a child’s handwriting or hand-painted in bright colours.

Equally remarkable are the bodies which are absent. Premier Dwight Ball and Finance Minister Cathy Bennett made one appearance at the CBC protest—they had little choice, really—and it backfired spectacularly. Their comments—stilted bureaucrat phrases that revealed their total and utter disassociation with reality (“You have to look at it in the overall context of the tax structure,” stammered Ball, following it up with the even more incredible “I don’t like it either, I don’t like any of this stuff!”)—were ones that disgusted the public, and continue to haunt them. And since then, they’ve been scarce.

Where are these bodies, the ones who have brought this province to its present straits? Where is Ed Martin, the quit-fired Nalcor CEO who waltzed out the door with $1.4 million of taxpayers’ money in his pocket as a going-away present? Isn’t it ironic that the hundreds of thousands of public, taxpayers’ dollars going into these characters’ pockets are what enables them to buy privacy? Which enables them to stay aloof from the public taxpayers who fund their extravagant excesses? Who seem to only ever appear in public at news conferences?

Where are the mysterious credit ratings agents whose banks hold such a noose around the Liberals’ necks, demanding they cut services or pay the price of higher interest on provincial debt? What sort of government allows bankers in Toronto to extort the closure of community libraries and hospital beds in Newfoundland and Labrador?

MHA Paul Lane, since he washed his hands of the budget and freed his conscience, has by contrast been highly visible, sitting on his lonesome in the legislature yet surrounded by hundreds of supportive arms whenever he appears at protests, his bodily presence a reminder of the liberating power of integrity. Yet where are the other Liberal MHAs? Do they even have the courage to show up at the town halls being organized to discuss the budget, at the libraries being closed in their constituencies, at the schools they are overcrowding and undermining?

The absence of their few bodies is as loud as the presence of the thousands of others.

A generation fighting for their future

Some Liberals have questioned the presence of children at protests — ‘Is it right to use children?’ some of them ask — but there is nothing coercive about the presence of these children. Their bodily presence is a testament to their growing awareness of their own dim future prospects. These children are happy to chant and march beside their parents; they might not understand legislative language but they know what’s at stake is the type of classroom they study in, the library they love, the ability of their parents to find work and provide opportunities for them.

Childrens’ bodily presence is a reminder to everyone of what they are fighting for: a future for the younger generations of Newfoundlanders and Labradorians, a reminder that if the Liberals have their way, many of those bodies will have no choice but to disappear from this province.

Kraidy, in his study of protest movements, notes that a defining characteristic of today’s movements is that they are no longer making simple lists of demands. Instead, their demand is broad-based: a change to the system. They do not make specific demands because what they are protesting against transcends simple responses. A corrupt system requires wholesale reform, not simply a few dollars thrown here, or a policy changed there.

And that is precisely what Newfoundland and Labrador’s protestors have made clear by their presence. No, an amendment to the Deficit Reduction Levy will not get Ball and Bennett off the hook. The days of scrambling after bones thrown by those on the Hill are over.

People are fed up with the pattern of corruption and self-interest that characterizes the elite class in this province, and the presence of all these thousands of different bodies is a denunciation of an entire regime. The days of NL-feudalism are over. The people want honesty, integrity and accountability. The people of this province who have worked so hard, and suffered so much, deserve honesty, integrity and accountability. The days of tolerating corruption and the self-interest of a small elite are over.

Contrary to the Liberals’ intentions their backtracking on the Deficit Reduction Levy revealed just how badly they have misunderstood the true nature of our province’s crisis. By making $50,000 the new income threshold for paying the levy, 74 percent of the population will now be exempt. That in itself reveals the stark divide in this province. Seventy-four percent of us earn less than $50,000.

[Ball and Bennett] have united the people of Newfoundland and Labrador in demands for change to a broken political system that serves only the elites of this province.

The Liberals have tried throwing a small bone to the people, in the hopes this will fend them off. But the bodies that have been protesting in recent weeks are demanding more than simply a break on a regressive levy that was designed to fail from the beginning. These bodies are demanding a change to the system which made the idea of that levy even possible.

The unity of the people against an elite class that’s hijacked government once too often is also evidenced by the unity of causes they represent. Post-secondary students and faculty united with K-12 teachers and parents. Health care workers united with education workers. Unions united with the unemployed. Women’s organizations united with faith groups and with seniors.

The protests have been characterized by a remarkable lack of in-fighting or divisiveness, and that’s because the goal is one that transcends individual agendas; the demand is to change a broken system.

If Ball and Bennett are backtracking on their budget, they are right to be worried. They’ve pushed the elite agenda one step too far, and triggered more than simply partisan protests, or demands for more money.

They’ve united the people of Newfoundland and Labrador in demands for change to a broken political system that serves only the elites of this province.

And that sort of demand will take more than a few bones to satisfy.

We have the answers
It was published almost 40 years ago, but the People's Commission on Unemployment report reads as if it were written today. 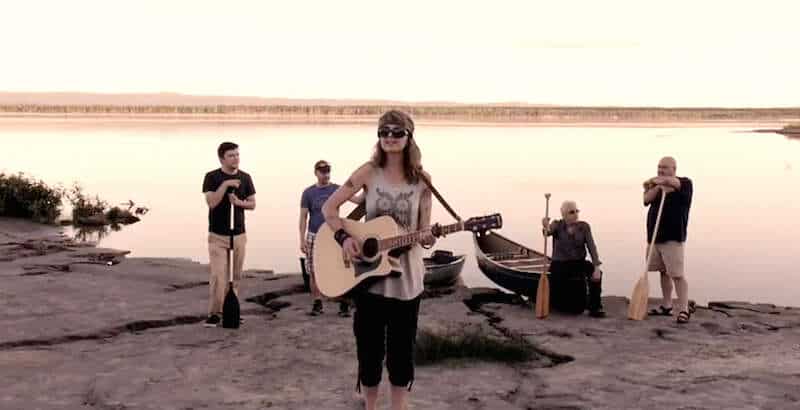