Incompetence and austerity could cripple the capital city, and the provincial economy too.

Well, the city is all a-twitter about the St. John’s municipal budget.

At a critical point in the province’s social and economic development, the provincial capital has delivered a budget that sounds like it’s something dredged out of the 1980s. And we all remember how well that era served the province.

The biggest point of contention—or at least the loudest protests—has come from the cuts to the City’s arts budget. And right are the artists to howl. The City has taken an already woefully inadequate budget, and cut it to a basically non-existent state. And the way the City’s Finance Committee (all right, let’s be honest: Councillor Jonathan Galgay) talks about it, you’d think arts were some sort of frippery.

They’re not. They are the single most secure and lucrative economic investment this city has.

And the fact that city council continues to ignore the sole industry that actually keeps St. John’s on the national map reflects the astonishing ignorance of those holding municipal purse-strings.

Art: for the City or for the business community?

As reported previously in this paper, the City is cutting in half its funding for tourism, sports and arts grants. Instead, it’s made a lot of noise about the art it’s purchasing for the convention centre, and tried to use this art procurement as an excuse for cutting other arts funding for the City (including the 100 percent cut in all other arts procurement!).

If anything, that ‘excuse’ ought to be even more offensive to taxpayers, because it means most of us who pay taxes will not get to benefit from the art our tax dollars are going to purchase. It will be locked up in a fancy downtown building for the benefit (mostly) of non-resident visitors, coming for fancy business events that most residents will never be invited to.

The point of arts funding is two-fold.

First, it is partly to support artists. Artists are just as valuable as any business entrepreneur to the growth, development and prosperity of cities. In fact, artists are even more valuable: the work they produce is sustainable, gains value over years and generations, and is able to produce national and international impact with remarkably minimal investment.

At a time of economic instability, when nobody can predict with any certainty the future of industries based on natural resources or industrial production, this is precisely when we need to be investing in the things that we do know produce results: arts, culture, and creative industries. Art draws tourists; it attracts visitors and immigrants from other parts of the country and world, it attracts the very sort of conventions the new convention centre is supposed to be there for. It also conveys a general sense of confidence, civic health and national assertiveness to our city.

The economic case for the arts has been made time and time again: investing in the arts is one of the single most effective ways of boosting economic growth, speeding economic recovery, and ensuring civic and community health. Groups like the Canada Council for the Arts have provided exhaustive research and data demonstrating just why and how the arts are among any region’s most reliable investments. Since 1997, there’s been a 28 percent growth in consumer spending in the cultural sector; according to a 2008 study, Canadians spent $27.4 billion on cultural products and services. As the Council notes, “Canadians currently spend more than double on the performing arts than they spend on sports events.”

Hey, you know that whole thing about St. John’s having colourful houses? Jellybean Row, and all that? You know, the thing that basically drives the entire city’s tourism and small business economy? That’s not some ancient cultural tradition — it was an invention of one of those cultural industry groups that the City is now hell-bent on eradicating.

The St. John’s Heritage Foundation came up with the artistic idea of painting heritage homes bright colours in 1977, an experiment which has single-handedly kept the city’s tourism industry alive. Again and again, it’s the arts and cultural industries that have kept our province’s economy and culture thriving, while natural resource industries offer only short-term booms and long-term socially and fiscally disruptive chaos.

The second, and equally important function of investing in the arts, however, is to provide art for our residents. We pay taxes not to build convention centres, but to see our money reinvested in things that make our life here worthwhile — things like garbage pickup, roads to drive on and art to help us enjoy our surroundings and our lives.

Every resident in this city deserves the right to art: to be able to enjoy works of sculpture, painted murals, and experimental and thought-provoking installations to reflect on as we travel to and from work, school, or the grocery, or while we simply take our dog out for a walk. Living in attractive surroundings is a fundamental human need that translates in a very core way into quality of life. And it’s one we all deserve.

It is also one that determines whether families, professionals, and businesses want to stay here, or decide they’d prefer moving elsewhere. If they stay, our city—and province—grows. If they leave, the province continues rotting from the inside out.

So the importance of arts funding is not just for the people who produce the art, but for those who then get to enjoy it. And that means all of us. That does not mean spending your entire procurement budget on purchasing art for an elitist and banal centre for business conventions in the downtown core, where the only people who will be enjoying the art will be fly-by-night business convenors. It is flatly unconscionable that the city council should be placing those people’s interests, and right to access art, over those of the tax-paying residents of this City.

Hurting those who hurt most

Cuts to the arts disproportionately affect already marginalized populations. The majority of arts and cultural workers are women, and their salaries are already considerably below those of male workers in the field — inequities that the City’s budget cuts will only make worse.

Yet other cuts that have been less widely spoken about also have potentially devastating impacts for this city. The new municipal budget eliminates water and sewage repairs on private property, as well as bulk garbage collection services and the summer litter collection program. It introduces hefty charges for thawing frozen pipes, video inspects, and cleaning sewer backups.

This is an austerity budget par excellence — one that takes aim at the seniors, the helpless, and those who have already been pushed to the sidelines by a deteriorating economy.

These measures will impact those who are already being slammed by rising property assessments, like seniors and others on fixed incomes who have no way of dealing with these unexpected costs.

This is an austerity budget par excellence — one that takes aim at the seniors, the helpless, and those who have already been pushed to the sidelines by a deteriorating economy. At the precise moment when residents of this city need a council that’s willing to put in place measures to help them navigate the collapse of our resource boom, city council introduces an ass-backwards austerity budget that 40 years of neoliberalism economics has proven will only make things worse.

What’s more, the people who designed this budget have spent the past week exposing their own incompetence. On Dec. 18, the city’s poet laureate George Murray resigned in protest, asking that his remaining two years of salary be put back into the city’s broader pool for arts funding. According to VOCM, “Chair of the Finance Committee, Councillor Jonathan Galgay, says he’s disappointed by Murray’s decision. He says he was surprised to learn the city had a poet laureate on salary at all.”

Hold on. Say what? The man who developed the city’s budget did not know that the city spent $10,000 annually on a poet laureate?

How much else does the city’s finance committee chair not know?

And how in the world did a man who by his own confession doesn’t know about tens of thousands of dollars in expenditures, feel competent to pass a budget like this?

If Galgay’s trying to make a flippant joke, it’s wildly inappropriate. If he’s telling the truth, then his level of incompetence ought to be sufficient for taxpayers to demand his resignation. There is no way a man who doesn’t know what the city spends tens of thousands of dollars annually on is in any way fit to be writing a budget that will shape the future of this entire province.

There’s another reason to be concerned about the city’s dropping the bomb on the arts community, on small businesses, on seniors and on the struggling middle-class: it’s a bomb that will trigger an explosive chain reaction.

An arts community takes time to build, as does a city’s reputation. And as with most things, when it comes to both community and reputation, it is much easier to destroy than to build.

The City’s actions will doom our provincial tourism potential.

This is something that should concern the provincial government as much as the municipal one. St. John’s is the capital, and its future is inextricably tied up with that of the province, and vice versa. At a time of diminishing revenues from natural resources and traditional industries (which were never astonishingly successful in the first place), we’ll be forced to fall back on what has, since Confederation, proven one of our only successful and resilient industries — the creative industries.

Attracting the interests of tourists and creative communities is what has put this place on the map in recent years. And, much like other small polities—Ireland, Korea, Iceland—it’s what we will need to rely on now that our other short-lived booms are over.

The City’s actions will doom our provincial tourism potential, not to mention the attraction the spot holds for potential immigrants from elsewhere in Canada and beyond. And the impact of that will inevitably be felt in provincial coffers. Without tourism revenue, national and international arts recognition, and growth in the province’s creative communities, the broader state of provincial finances will inevitably worsen as well — a cycle that will become ever harder to break out of.

With its austerity budget the City has delivered a ticking time-bomb that will have a chain reaction on provincial finances. And the shock waves will take a lot more than a few new oil wells to recover from.

On Saturday the Social Justice Co-operative of Newfoundland and Labrador issued a statement of solidarity with those who will be impacted by the City of St. John’s municipal budget. Since other municipalities are likewise facing difficult fiscal challenges and could follow in St. John’s footsteps in levelling austerity against their residents, the Co-op is calling for the formation of a province-wide coalition against austerity: “It is to the advantage of those who attempt to impose austerity that society remains fragmented, so that each grievance is isolated,” the statement reads.

On Monday afternoon at 4 p.m. hundreds are expected to gather outside St. John’s City Hall to protest city council’s austerity budget and call for a reinstatement of arts funding. For more information, visit the Facebook event page. 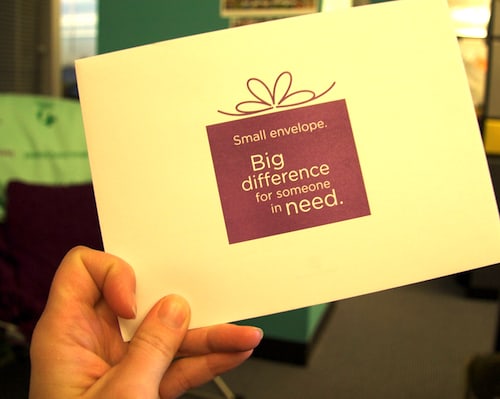 10 gifts a’giving
Here are 10 last-minute gift ideas that will make our province a better place.