By endorsing the exploitation of immigrants as entertainment, federal Conservatives toy with a politics of fear and hate

I’ve written about the Conservative austerity agenda before. The insidious thing about austerity and all that it involves – layoffs, cutbacks, reorganization of government services and departments, legislative changes and privatization – is that what is in truth an agenda of undermining equality and repealing human rights and equity gains for working people in this country, is hidden under the false mask of ‘economic necessity’. Sometimes the necessity is real: anybody who reads the news must have assumed that the past seven years of wasteful, extravagant spending and utterly incompetent cost projections by the federal Conservatives would eventually lead to serious consequences. But while the necessity of ending the waste (and incompetence) is real, there is no need to sacrifice equality in this country to achieve it.

Austerity has a less visible dimension too, and that became readily apparent last week in the controversy that erupted surrounding the federal Conservatives’ approval to let a reality television program – Border Security: Canada’s Frontline, now in its second season on the National Geographic Channel – film a raid on a Canadian worksite, where they filmed the arrest and interrogation of eight allegedly ‘illegal’ immigrant workers. By ‘illegal’, what is meant is that in at least some of their cases, they were working without having yet received the proper authorization permits to do so (at least one of them was only one day away from completing their immigration sponsorship forms). This is very similar to the many Canadian tourists I know who turn themselves into ‘illegal immigrant workers’ by busking to earn cash for their hostels while traveling. Or the many Canadian students I know who, while studying abroad, turn themselves into ‘illegal immigrant workers’ by serving tables to earn a bit of extra cash to supplement their student loans. I even know at least university professor from Canada who recently became an ‘illegal immigrant worker’ by getting paid for a guest lecture at a university (in violation of the terms of their tourist visa).

[T]he fear and pain of others should not, in any civilized and advanced society, be presented for purposes of entertainment and amusement.

The overwhelming outrage that ensued from all corners of Canada was heartening, even if the events that inspired it were the sort to lead one to despair. The outrage focused largely on two points: first, that the program perpetuates a false stereotype of immigrants as being criminals sneaking into the country illegally for nefarious purposes; and second that these were human beings who were being terrified and placed under arrest, and the fear and pain of others should not, in any civilized and advanced society, be presented for purposes of entertainment and amusement.

But there’s another dimension to filming the arrests of ‘illegal immigrants’ and broadcasting it for the amusement of those reprobates who actually enjoy such ‘entertainment’. It serves to maintain the precarious and easily exploitable status of immigrant workers in this country. And that includes the ‘legal’ ones.

Immigrants at the heart of the Canadian economy

Vic Toews, Minister of Public Safety, is taking much of the heat for the Conservative government’s decision to permit the show to participate in and film the raid.

Toews claims that “It is important to remember that illegal immigrants cost law-abiding Canadian taxpayers millions of dollars each year and thousands of jobs.”

Actually, the opposite is the case. The Canadian economy relies heavily on immigrant labour – both ‘legal’ and ‘illegal’ – and the people who bear most responsibility for this situation are: you guessed it, the federal Conservative government.

The reality is, that immigrants – even illegal immigrants – play a vital role in the Canadian economy, and the Conservatives have implicitly encouraged illegal immigration through their own policies. By scrapping the National Childcare Initiative the Liberals had introduced shortly before the 2006 election, the Conservatives eliminated the fledgling national public childcare program, leaving millions of middle- and upper-class working parents in Canada scrambling to hire private childcare workers (“nannies” as they are more colloquially known). Thousands of these came from immigrants. The demand also produced illegal immigration; even though only a fraction of the immigrants were ‘illegal’.

Recent Conservative policy moves toward loosening up the Temporary Foreign Worker program – by allowing employers to pay foreign workers less than Canadian workers – is what threatens Canadian jobs, not the immigrants themselves. Moreover, by sending a message to employers that their ability to hire cheap foreign labour is more important than protecting the decent wages that have been won by Canada’s workers, the Conservative government has sent them a very unambiguous message that exploitation of foreign workers is on the agenda. Such messaging from the Conservative government is irresponsible not only because it undermines Canadian jobs, but also because it increases the likelihood that employers will seek vulnerable ‘illegal’ immigrants to work for less – thus boosting the demand and market for those who bring ‘illegal immigrants’ into the country.

It is unfortunate that immigrants are compelled to arrive illegally in Canada. But blame for that lies squarely on the shoulders of the federal Conservative government, in the first place for creating the demand by introducing poor public policy, and in the second place for failing to establish a sufficiently open and practical legal immigration structure to meet that demand.

Illegal immigration reflects a failure of government policy: not a failure to prevent it, but a failure to regulate it in a practical and realistic manner. In place of coherent immigration policy, the federal Conservatives have responded to the mess they have created by portraying immigrants in a sweeping and negative light.

The politics of hate

Immigrants are a vulnerable workforce. For a government determined to impose austerity – drive down wages, repeal benefits, weaken labour and human rights protections, all in the name of benefiting their corporate friends – it is necessary to create a workforce that is vulnerable, frightened, unsure of its rights and thus less prone to question government decisions or demand change in the form of improved working conditions or human rights protections. It is, essentially, the psychology of an abuser: keep the person you’re abusing frightened, uncertain, off-guard, and unsure, and you’ll be able to bully and control them more easily.

In order to heighten the precariousness felt by these workers, government must show them they are vulnerable. In order to get the public to go along with this institutionalized bullying, they must depict the people they are bullying as reprehensible, potentially criminal people worthy of hate.

The double standard of the federal Conservatives is dizzying however. With one hand they are deploying armies of ‘EI investigators’ to hunt down EI recipients who are NOT working or looking for work. With the other hand, they are deploying armies of border security to hunt down immigrants who ARE working or looking for work. You can’t win for losing, as the old saying goes. The immigrants terrorized and arrested in the recent raid – for working hard to feed their families – would, under any other circumstance, have been the Conservatives’ model worker. If only they weren’t foreigners, that is.

And of course, along with the double standard goes a whole lot of demonizing the ‘guilty’ in order to prevent Canadians from sympathizing with them (which, in the normal order of things, any sane individual would). The EI violators are lazy cheats; the immigrant visa violators are nefarious criminals. The overall strategy, however, is directed at the entire workforce: keep them afraid, uncertain, feeling precarious and vulnerable and they’ll work quietly and not complain or demand better.

It is a tragedy of our political system that the politics of hate is becoming increasingly commonplace on the side of parties like the federal Conservatives. It’s evident in their recent campaigns against EI recipients, against unions, against immigrants. A political strategy based on hate provokes immediate gains in the form of votes and policy wins. But it also sets in motion long-term losses: a society where hate and, ultimately, violence, becomes commonplace.

A political strategy based on hate provokes immediate gains in the form of votes and policy wins. But it also sets in motion long-term losses: a society where hate and, ultimately, violence, becomes commonplace.

Conservative policy exists at the cheap end of a vile spectrum: a spectrum where politics is driven by hate rather than by any coherent vision of building a sustainable society whose different members work together toward a more positive future. In place of vision, we have a federal government willing to sign away principles in order to sow animosity toward illegal immigrants and a sense of precarious fear in ‘legal’ immigrants so as to maintain their vulnerability and exploitability.

The only uplifting thing about the whole situation is the outrage with which Canadians have responded. It demonstrates that even if the federal Conservative government is operating in this matter without any sense of equitable principles, then at least the moral fabric of the Canadian people is still intact, even if it is becoming a bit thread-bare under the past three years of Conservative ideological barrage.

Canadians are to be lauded for their outraged response. But it is a response we must keep up. And it must permeate every level of Canadian society; at each level we must do what we can to oppose the Conservatives’ politics of hate. Some of us have only time to sign petitions: that’s still important. Some of us are members of political parties: we can demand that our candidates speak out against such actions. Some of us are candidates: we can demand that the parties we run for commit to opposing the politics of hate. And some of us even get elected. We can speak out – as many have – and we can try to implement legislation to combat the politics of hate once and for all.

Whatever we are able to do, the important thing is that we do it.

Because otherwise, we become known – and despised – for our worst element.

“Right-sizing” the public sector
It's time to take a look at our swelling public sector as the provincial government gets ready to deliver its budget on Tuesday. 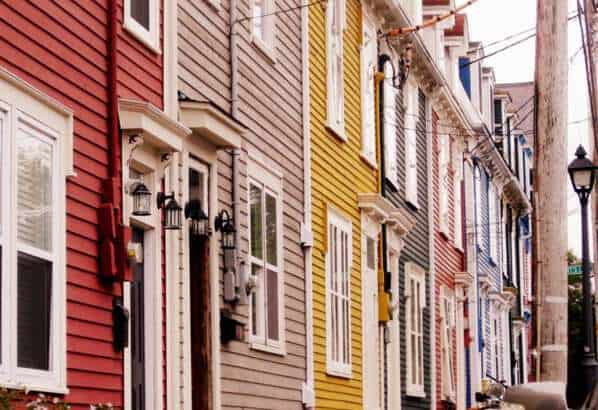