Under the threat of continued public sector cuts and further erosion of our societal and cultural values, a general strike may be the only answer.

There’s a tactic military strategists talk about called the ‘scorched-earth’ policy. The brutality of its logic is reflected by its illegality under international law: wreak as much destruction as possible, to prevent any potential resources from falling into or being used by the hands of your opposition. Retreating armies will destroy villages, burn fields and food supplies, poison fresh water sources: all to prevent them from aiding their opposition.

In many ways, the provincial government’s recent embarkation on what they call ‘austerity’ is actually a public policy version of scorched-earth tactics. The wanton – and completely unnecessary – elimination of funding to community organizations, re-distribution of departmental responsibilities and elimination of jobs (which reached its most comical in last week’s sacking of so many sheriff’s officers that court cases had to be closed to the public for safety reasons) serves a similar function: destroy any possible resources that could be brought to bear to question your policies.

A sad and brutal logic

This scorched-earth version of public policy serves a certain logic, while masquerading under the completely bogus claim of economic necessity. Many of the community groups whose finding has been cut provide spaces for members of the community to organize and allow their voices to be heard. Given the likelihood those voices will be critical of a government whose public policy is incoherent, contradictory and irresponsible, it makes sense the government would wish to silence them.

Decimation of the social infrastructure that exists in this province helps to create an atmosphere of panic which can undermine some of the more organized voices that could otherwise resist it.

Furthermore, wanton decimation of civil society groups through funding cuts, and decimation of the social infrastructure that exists in this province helps to create an atmosphere of panic which can undermine some of the more organized voices that could otherwise resist it. For instance, with funding for people with disabilities threatened, it sounds a bit privileged for public service workers to demand a raise. With the possibility of cutbacks in dental care for those on low incomes, it sounds out-of-tune for nurses to complain about their unbearable workloads.

In a perverse and quite perfidious way, undercutting social supports in a way that hurts the most vulnerable distracts attention from the other, middle-level cuts that would otherwise be more difficult to implement without resistance. These are scorched-earth tactics at their finest and most hideous: hurt as many people as badly as you can, and the resulting atmosphere of fear and desperation for survival means it becomes harder for them to organize effective resistance. For a government that is rapidly losing any pretense of credibility and public support, it increasingly becomes the only way to govern: through fear and a form of legislative violence directed at the province’s most vulnerable.

Finally, sowing panic and uncertainty in civil society can help to create an environment in which organizations wind up fighting with each other for what little funding and opportunities remain. Faced with this survivalistic instinct, it becomes less likely that such groups will find common ground on which to work together to oppose the regime that is putting them in this situation in the first place.

Less likely, but not impossible.

A need for unity

With the provincial government slicing away at the provincial social support and civil society infrastructure, the need for unity among those being affected is greater than ever. While organizations scramble to find alternate sources of support and funding, and while unions argue with each other about how to respond to a government hell-bent on destroying the gains that this province’s working people have painfully struggled to achieve for themselves, it is vital that they avoid insular thinking and instead reach out to find common ground.

Indeed, the impact of the cuts shows how interconnected our provincial civil society is. Groups like the John Howard Society assist those released from prison in developing the skills to reintegrate into the wider society; groups like the Coalition of Persons with Disabilities perform a similar role for those facing barriers of access. Provincial literacy organizations and educational support programs help ensure those seeking work get the education and job training to find meaningful careers; employment support programs ensure they’re matched with the jobs. Unions help ensure that once they get the jobs, they’re treated fairly and are able to earn a decent living at those jobs. Unions help to ensure they’re able to retire with a decent pension, while provincial medical and drug supplement programs help top-up their ability to retire comfortably and meet their health needs at the same time.

Each and every one of the organizations and programs we’ve established in this province plays a vital role in this process. There is no duplication, and there is no fat to be cut. Each and every one of these organizations and programs came into being to serve a need. We’ve developed a finely-honed machine in this province. The provincial government’s cuts are not going to make that machine work more smoothly; they’re going to jam up the gears and cause it to self-destruct.

The need for unity among those being affected is greater than ever.

And this comes at a vital time in this province’s development. Studies from around the world have demonstrated, time and again, that without adequate and solid social supports and legislation, oil wealth usually brings more trouble than it’s worth. Growing income inequality, skyrocketing housing prices and housing shortages, growth in violence, crime and drug use all attest to the very dangerous consequences of this province’s growing reliance on oil wealth. The solution to over-reliance on oil wealth is not to cut back on social programming, but to strengthen and expand that social infrastructure. The alternative will destroy Newfoundland and Labrador’s culture more quickly and surely than any other threat to date.

And yet, instead of rising to meet this challenge, the provincial government is destroying the very programs that are vital to preserve the province’s quality of life, and hiding behind a growing array of undemocratic and shadowy legislation designed to prevent transparency and accountability.

Organize for a general strike

In October 1948, railway unions in Newfoundland launched what is probably the closest this province has ever come to a general strike. With their wages having fallen behind those of other workers both in Newfoundland and abroad, and with the war ending, the unions said it was time to bring their wages up to par. When their employers refused to meet their demand, they went on strike. As the primary means of distributing supplies throughout the province, the strike brought the province to a grinding halt. The success of the strike was because Newfoundlanders and Labradorians – whether they were in the union or not — worked together against the interests of the elites that were trying to rule by bullying.

Although they were not on strike themselves, the dockworkers and longshoremen refused to unload boats – this would have undermined the strike by allowing supplies to get through the picketlines. Airport workers set up picket lines to prevent supplies coming in by air. Grand Falls faced shortages of gasoline, Corner Brook nearly ran out of meat and eggs, and the U.S. Air Force had to drop supplies to its bases by airlift.

After roughly a month, the railway workers’ demands were met. Workers and community groups had supported each other. The Star of the Sea Hall, which acted as strike headquarters, became the social spot in town for the month – and they won a tremendous victory that benefited workers across the province. Indeed, international observers who had flown in to observe and learn from the Newfoundlanders were astounded at the organization, solidarity and skills with which our communities pulled this off; one of the international observers called it “the perfect strike”.

The time has never been more prime for a general strike… Unions and community groups need to work together, establishing a common front like some provinces are beginning to do…

With two years left to the provincial government’s mandate, it’s going to be difficult to stop their ongoing train wreck of public policy. Without adequate recall legislation, it’s hard to hold them to account. Yet a general strike could be the response that would force them to abandon their current destructive course, which if left unchecked could be fatal for our province’s culture and social infrastructure.

The time has never been more prime for a general strike. Unions need to work together, otherwise the provincial government will continue doing an excellent job of playing off their interests and fears against each other. Unions and community groups need to work together, establishing a common front like some provinces are beginning to do: the unions have the resources to mount an effective general strike, and community organizations have the grassroots and regional support to ensure the wider public is part of the process.

The last public sector strike was stopped because it was restricted to two unions, and because government brought its legislative power to bear against them. But if unions and communities joined together to bring the province to a complete halt – even for only one or two days – it would send a powerful message that even our pertinacious provincial government would be unable to ignore.

Together, we could organize a concerted effort that would bring national and international attention and show the provincial government they cannot rule without democratic dialogue and public consent for the next two years. A day or two of public inconvenience would be tolerated by the people of the province if it brought sense to a provincial administration that’s careening out of control and exceeding its authority; and if it preserved the social infrastructure we have built up over the years and come to value so greatly.

Preserving what we have

In the last 15 years this province took the lead in Canada – not just in employment and economic growth, but more importantly in creating innovative and responsible social policy that became a model for the country. Accessible post-secondary education, low-income drug support programs, anti-poverty programs, employment support programs, tripartite decision-making structures between labour, business and government; the list goes on and on, but for a space we were in the forefront. Now, under the Dunderdale administration, we are rapidly becoming, once again, a national joke. And one that’s on the verge of losing everything we’ve worked so hard to build up, in one fell swoop of political incompetence.

Those involved in that administration would be wise to leave now, as many have. The longer they stay, the more blackened their name will become in the province’s history books. Yet power exercises a perverse hold over people, and the scorched-earth tactics we are seeing reflect the last desperate grasp at power of an administration which has distinguished itself only by its appallingly short-sighted and reactionary policy.

Against such tactics, a general strike is an option we need to start talking about. 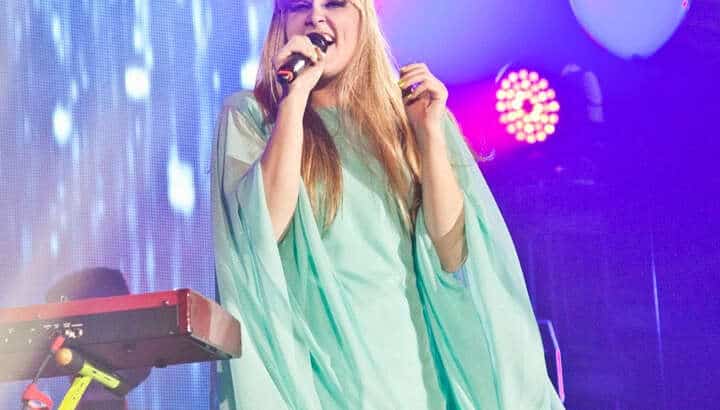 Island artists bring energy and emotion to ECMAs
There aren't many trophies coming home, but Newfoundland artists made a notable contribution to the East Coast Music Week festivities in Halifax last week. *With…

Gone astray
Feral animals are a societal problem and letting them suffer is the real cruelty. Fortunately, we are thinking, creative animals ourselves, so here's just one…