The column I swore I would never write

I swore I would NEVER write about the seal hunt but, well, sometimes government foolishness leaves one no option.

To be honest, I don’t even know what to think about the seal hunt anymore – and I think the attitude is echoed by a lot of urban Newfoundlanders. Like many urban Newfoundlanders, I love the taste of flipper pie (seriously! I do!), I respect and honour the role it’s played in our heritage, and every time I hop on a plane to Ottawa I proudly wear an “I club baby seals” t-shirt in the hopes of running into Margaret Wente. Or that wierdo in a seal outfit outside the Rideau Centre.

But the fact is, the debate on the seal fishery is shifting, and shifting dramatically. Even stalwart advocates of the seal fishery are starting to suggest that its days are numbered. They’re not saying they like this, but they’re saying reality is reality and maybe we’ve lost the fight. Maybe it is time to toss in the towel.

And while I respect their realism, I have to respectfully disagree. There’s a different way to fight this battle. They’re right on one count – we’re losing. But when you’re losing, you don’t block-headedly keep using the same tactics. You try something radically different.

That’s why last week’s announcement of a subsidy (some call it a bail-out) to a seal processing company to purchase seal blubber and pelts is so wrong. It’s another part of our sustained retreat from the seal fishery. Yes, it’s good and important that some local sealers will receive some of this cash for their work, because they need it. But bailing out a commercial enterprise is not a way to win this war.

Time for a new model

The fact is, the commercial seal fishery, as it has been practiced, is no longer viable. That doesn’t mean another form of seal fishery can’t rise to replace it.

The time-worn model of catching boatloads of seals, processing them, and selling them in bulk to foreign markets is clearly not working, because those markets are closing up. As the most ardent defenders of the sealing industry – John Furlong, Ryan Cleary – have pointed out, groups like PETA have won the PR war and convinced overseas markets to reject the industry. It’s not as though we didn’t fight back. We just didn’t win.

It’s not as though we didn’t fight back. We just didn’t win.

Instead of wasting money on subsidies to corporate enterprises that adopt this traditional model, what our government needs to be doing is investing that money into the cultivation of domestic markets. The money needs to be going directly to our sealers, to their communities, and to our local independent businesses. Forget the big get-rich-quick-schemes. They have always been the biggest bane of our political culture. We can grow this industry if we do it locally, sustainably, and small-scale.

Let’s look to other places that have, despite tremendous odds, preserved industries under fire. I’m thinking Japan. And I’m thinking whaling.

Let’s be clear: I’m not advocating whaling. But I am advocating learning from a country that has sustained an industry in spite of international boycotts and pressure. There’s a stronger international movement against whaling than against sealing. Yet the whale industry is thriving within Japan. How do they do it?

Well for one thing, their government plays a more active role in promoting the industry in their own backyard. It’s estimated the government has stockpiled thousands of tons of whale meat, but it has also launched initiatives to cultivate the growth of the industry on the ground level. They’ve made arrangements to supply whale meat for school lunches – one survey indicated almost 20% of the country’s elementary and junior high schools had served whale (this is controversial, because of the high levels of mercury in whale meat. But again, I’m not promoting whaling: I’m saying we can learn from how they kept their industry alive). And they work with the food and restaurant industry to promote the use of whale meat. There are specialty restaurants that serve whale meat – everything from whale tempura to whale ice cream. Street vending chains serve instant whale curry. Don’t get the wrong idea – it’s not so common that you’ll see whale everywhere you turn. But it’s a lot more accessible than seal meat here. For a place that so fiercely defends its sealing industry, how many downtown restaurants actually serve seal? Would you even know where to take mainland visitors for a meal, if you were asked?

…once we get tourists here, they’re on our turf.

Hold on, you say. Japan’s got over a hundred million people. They could make any industry sustainable.

Well they’re not the only ones whaling these days. Iceland does too – and they have a smaller population than we do. So who eats whale there? Interestingly, studies suggest less than five percent of Icelanders eat whale regularly. On the other hand, over 40% of tourists try it while they’re there. People who are there, and want to try something different; to have a story to bring back with them.

Pay attention, your provincial highnesses. We might not be able to force our way into overseas markets…but once we get tourists here, they’re on our turf.

The economy: it’s more than suits and boardrooms

Our government needs to realize there’s more to growing an industry than sitting around in fancy boardrooms with corporate executives and sipping lattes while looking at pie charts. If you’re going to grow your economy, you have to get your hands dirty. You have to do some real work, sometimes.

The money the government is currently slipping into the pockets of corporations like Carino Processing could be spent purchasing the seal meat and putting it in school meals; in hospital meals. Does the cafeteria in Confederation Building even serve seal burgers? Why not?

Then, it could try to liaise with local restaurants. Perhaps even offer tax rebates in exchange for purchases of seal meat, so as to encourage local restaurants to serve seal. What about striking a deal with the George Street hot dog vendors? Have you seen the lineup for a hot dog at 2:00am? How many hungry downtown patrons would LEAP at the chance for a feed of fried seal and fries at 3 in the morning?

How many downtown patrons would LEAP at the chance for a feed of fried seal and fries at 3 in the morning?

Let’s not stop there. The government could organize an annual seal festival. I’m serious – give out grants for musical and arts and cultural performances about the role of the seal fishery in our cultural heritage. Couple that with stalls of seal meat, seal cooking competitions, craft shows, best seal product awards, and more. Let’s make a week long celebration out of it. Let’s do it on the east AND the west coast.

Let’s challenge the Regatta organizers to offer priority vendor spots FREE OF CHARGE to vendors selling seal meat. After all, HOW MUCH POUTINE AND HOT DOGS CAN A PERSON EAT?!

A small start with big results

This is the sort of thinking we need to respond with. And this is the sort of initiative that money needs to be spent on. No, this won’t bring back the heyday of seal industry profits overnight. This is starting small. But it’s laying the foundation for a different kind of industry: one focused on local, sustainable, development. I’ve lived in Japan, and traveled extensively from one end of the country to the other. Every region has its food specialties: every city, even. When people visit a city, the first thing they do is try the local specialty. People travel from one end of the country to the other, just to try local food specialties. They’re celebrated in festivals, and international tourists make decisions about where to visit based on elaborate food guides. We can do that too. We don’t have the numbers that Japan has, but we have the sense of regionality and of tradition that we could cultivate local food traditions and integrate them with our burgeoning tourism industry. If you knew there was a special type of flipper pie made ONLY in Marystown and unavailable anywhere else in the world, wouldn’t you be tempted to go there and try it? Or a special type of seal soup ONLY produced in St. Anthony, and only for three months of the year – wouldn’t you need to be part of it? And maybe entice your rich cousins from Ontario over for a bit of it too?

If you knew there was a special type of flipper pie made ONLY in Marystown and unavailable anywhere else in the world, wouldn’t you be tempted to go there and try it?

When it comes to international markets, right now we’re beggars at the gate, and being treated with the disdain such a role is, sadly, often accompanied by. What we need to do is shrug our shoulders and turn our backs, and then with pride build up a local industry. Eventually, curiosity – if not food shortages – will bring those international consumers back, and they’ll start peeking over our shoulders in envy and curiosity to see what we’re doing, and get a little bit of it for themselves. It won’t happen overnight. But it needs to start now.

When you’re losing a battle, you retreat to a strategic position and you regroup. You fortify your position, and then you slowly start regaining ground. Inch by inch. What’s currently happening to the industry is our government is in full-scale retreat, and they’re just paying off the corporations to not be shot at while they run.

It’s time to stand and try a different type of fight.

What’s a CEDO, anyway?
An overview of Arviat's economic activity - and potential 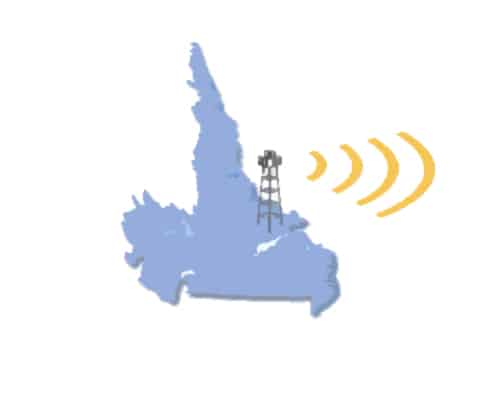 No signal. No safety.
Increasing safety on the Trans Labrador Highway is a crucial issue