The Value of Compromise (a story about Elves)

In a country characterized by increasingly intransigent partisan politics, it sometimes seems that supernatural intervention will be required to get people to compromise. Here’s a story of how that might happen, courtesy of another small island in the North Atlantic.

On “an island far away in other seas” as the poem goes, there lies an elven kingdom.

The island is Iceland. A mere twenty minutes’ drive from the capital of Reykjavik lies the wind-swept fishing harbour of Hafnarfjordur (try saying that ten times fast!). With a population of about 25,000 (making it Iceland’s third-largest), the town resembles oh so many of the larger towns around the bay in Newfoundland. The cold gray North Atlantic sweeps the rocky shore where tiny boats cling to wharves and bridges and larger stones. The town sprawls inward from the circular harbour; large seagulls wheel in ever larger spirals as they move inland, scanning the rocky and hilly streets of town for potential meals.

It is a cool, windy autumn day in 2012 and the waves from shore sweep up behind me as I hike along the river that ribbons the town in two. Seagulls swirl overhead and I cross a bridge over the river, walking up behind the town school and onto the rocky hill behind it. The hill is covered with scrub and brush, like any hill in good old Newfoundland, and if it were not for my map and guidebook there would be little here to indicate that this was also one of the largest Elf-capitals in the world. And the hill on which I am standing – the Hamarinn Cliffs – is apparently the royal palace of the king of the elves.

Yes, elves. Iceland has them in abundance. And they’re quite proud of them. They live in lava mounds, for the most part. Here is one of the few ways in which Hafnarfjordur is distinguishable from CBS or Twillingate or any other medium-sized fishing village. The town is full of lava rocks, the result of centuries of the volcanic activity for which Iceland is also famous. Indeed, the town looks as though there had been a rainstorm of enormous lava boulders: they are scattered as far as the eye can see, and the town essentially grew up around them. But it is no accident or mere matter of convenience that the town’s structures are built around the lava. Icelanders believe the lava boulders are houses in which the elves live, and it is in fact deeply frowned upon – forbidden, I was told – by the municipality to move, destroy or build on or over any of the lava mounds, ostensibly in order to avoid incurring the wrath of the elves dwelling therein (the cynical might suggest it is also to avoid risking the avid elf-based tourism industry).

Stories abound about the travails of poor fools who tried moving or destroying the elf-houses, and the mischievous revenge wrought by the elves. In fact you can take walking tours of the town during which the tour guides narrate notable events that occurred in the elf kingdom in various spots around town, as well as occurrences in the history of human-elf interaction. And these aren’t just your average tour guides. Only special seers provide these tours; seers who have inherited the special ability to “see” the elven folk and their kingdom, which purportedly exists in a parallel dimension on the same site as the human town. The seers have, over the years, developed quite an elaborate analysis of the elf capital, and they sell gorgeously illustrated maps and tour guides which show to the uninitiated exactly what sort of elven activities are occurring all around them.

And then there’s the Alfagardurinn: the Elf-Garden. It’s located in the Hellisgerdi Lava Park, a lovely park situated not far from the central bus station. The leafy, forested and hilly commons was established many years ago for the townsfolk to enjoy, and it is apparently one of the great loci of Elf activity (during an elf-walk I took, the guide paused in the park to sing some old Viking sagas for the elves). In a field on its northern end is a little structure which contains an “elf tea-house”. Here you may sit down, drink organic fair trade tea and coffee, and browse arts, crafts and literature inspired by and about elves, faeries and other ‘hidden folk’ from all over Iceland (and, of course, you can buy many of the items too). Often you will find local artists sitting about producing…elf-art. Think the Devon House Craft Gallery and Shop in St. John’s, only: all about elves.

I strolled in for a coffee following an elf-tour I had taken; the seer deposited us outside while urging us to go inside and support…elves. I needed little encouragement.

As I stepped inside, the floorboards creaked but the fellow sitting within – presumably serving coffee – did not move. He was engrossed in some piece of art he was working on: a taciturn, middle-aged fellow whose bushy eyebrows bunched up in concentration over his work.

I creaked the floorboards again. Without looking up, the fellow spoke.

“Yes, hello. You will have coffee.”

“I will have coffee,” I repeated (or perhaps acknowledged? I wasn’t sure whether he had posed a question or issued a command).

“Yes. And where are you from?”

“Newfoundland,” I replied. “Have you heard of it?”

At this he paused at his work. He slowly sat up and stared at me appraisingly, but his look remained expressionless and inscrutable.

“Yes, I have heard of it. You have elves there too. Many elves.”

It’s not often the sort of thing you hear people abroad say about Newfoundland, but it seemed appropriate under the circumstances. I nodded.

“No, but when my father was on the boats he travelled there occasionally. You had many fishing boats. You used to have fish, too.”

“But not so much anymore, hey? Do you know that here in Iceland we drove off the British when they were taking our fish.”

(In Iceland, they love to talk about the fact they saved their fishery by driving off foreign fishing fleets, and can’t understand why other nations can’t accomplish the same. Well, deservedly so: during the height of it the UK sent twenty-two naval frigates to take on Iceland’s four small – albeit ferocious – coast guard boats. And lost. Ask a Canadian how to save the fishery and you’ll wind up with a multi-billion dollar Royal Commission that spends a year studying the problem before concluding it doesn’t know. Ask an Icelander how to save the fishery and they’ll reply in two seconds: “Three boats with reinforced hulls for ramming the enemy.” “And a deck-gun for shooting warning shots at them,” they might add, if they’re the progressive, diplomatic sort.)

The fellow rose and prepared some coffee, which reinvigorated me. Outside, my tour guide was lingering about.

As often happens with me, I was soon discussing union politics. What else is one to do while drinking coffee in the elven capital of Iceland?

The Icelanders were interested in knowing how Canada’s economy was doing. I explained the problems of our Conservative government, and the problem with government cutbacks to social programs and social services. Somehow, we got to talking about education cuts in our respective countries and regions.

“We too had a problem with cutbacks,” my tour-guide said, with a mischievous look in her eyes.

“Well, we had a very particular situation here,” she said. “It is, after all, an elven capital.”

I was curious how that entered into the equation.

“Well, how do you think the elf-children get their education?”

I admitted I hadn’t considered the matter.

“The elf-king made a decree, some years ago, that all elf-children must go to school. And since we had so many nice schools, that is where the elf-children are taken by their elf-parents.”

“The elves attend your schools?” I asked. “Isn’t that a bit disruptive?”

From a shared provision of services perspective, it made good fiscal sense, I admitted.

“A few years ago,” the elf-guide continued, “the government wanted to impose cutbacks. The school boards distributed new guidelines explaining the required teacher-to-student ratios. The teachers were very angry. Especially here. So were the parents. So the teachers walked out and went on strike.”

“What happened?” I asked.

“The government urged them to end the strike and obey the new teacher-student ratios.”

“Well, they explained to the school board they were willing to obey the new ratios, but the ratios didn’t work in this town because the school board had failed to consider all the elven children in the classroom as well.”

“After all, they may not be human, but they’re still receiving the same education so they must be included when calculating class sizes. And you try controlling a classroom full of elf-children! Quite hard work.”

I blinked quite rapidly.

And thus harmony – and labour peace, and reasonable class sizes – was restored to the Elf-capital of Iceland.

I was deeply intrigued by the story (which she insisted was true) and spent a bit of time searching for printed evidence that this incident had in fact occurred. I never did find the documentary evidence I was looking for. But then again, I don’t read Icelandic, so perhaps it’s not surprising. But either way, it illustrated an important point to me, something perhaps our own political parties and governments ought to take note of. Sometimes when two sides are entrenched in an argument, deep down they’re really just looking for some opening to bring them together and allow them each to compromise. It might be an intervention. A special event. A mediator.

And if worse comes to worse, it could even be the Elf-king. 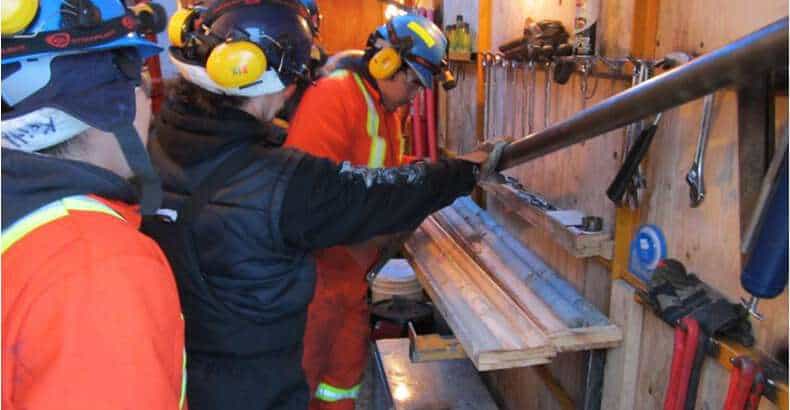 Mining the Land: the resource industry in Nunavut
Mining brings challenges but also immense opportunities to the North

Elders share wisdom of food
A local group is unveiling a series of films that features Islanders eager to share traditional knowledge of food production, a basic life skill that's…