This is the real story we need to be talking about

Sexual assault victims are afraid to report crimes in Canada, so our energies need to be focused on tackling that challenge rather than taking sides in a case we know too little about

Not even 48 hours have passed since the barrage of revelations on the weekend surrounding Jian Ghomeshi, and already there’s very little that hasn’t been said. News of his being let go by CBC was quickly followed with his own statement delivered via social media, announcing his intent to sue the CBC for $50 million, alleging that it was unjust termination because of his personal sex life (and his openness to BDSM). This was followed by a Toronto Star article revealing details of an investigation it conducted (with the help of independent journalist Jesse Brown) into allegations of sexual assault made against him by women they interviewed, but which they had not published since they could not prove the allegations. His reference to these matters in his own statement, the Star said, made it a matter of public interest for them to reveal publicly the full details of their investigation.

Well, it’s a matter for the courts to determine (the Star reported earlier today that one Toronto lawyer said Ghomeshi’s lawsuit against the CBC likely won’t hold up in court). But that hasn’t stopped millions of people on social media around the world—and dozens, if not hundreds, of commentators and pundits—from weighing in on the scandal. Sides quickly formed: those supporting Ghomeshi as a victim of employer intrusion into one’s private sex life, versus those shocked at the apparent wave of victim-blaming and the rapidity with which many brushed off the allegations of the women detailed in the Star article.

Justice will undoubtedly take months to resolve this. But the court of public opinion is much faster, albeit far more unforgiving, immoderate and uninformed.

There is a story here, though. And it goes beyond Jian.

The much bigger issue

The most damning and depressing aspect of the whole affair—and the real story we ought to be talking about—really came out in two short paragraphs in the Star article, wherein Brown and Star reporter Kevin Donovan detail their investigation:

Early last summer, the Star began looking into allegations by young women of sexual abuse by Ghomeshi over the past two years. The Star conducted detailed interviews of the women, talking to each woman several times. None of the women filed police complaints and none agreed to go on the record. The reasons given for not coming forward publicly include the fear that they would be sued or would be the object of Internet retaliation. (A woman who wrote an account of an encounter with a Canadian radio host believed to be Ghomeshi was subjected to vicious Internet attacks by online readers who said they were supporters of the host.) [bold text mine]

A second paragraph, toward the end of the piece, expanded on this point.

None of the women has contacted police. When asked why by the Star, the women cited several reasons including fears that a police report would expose their names and worries that their consent or acceptance of fantasy role-play discussions in text or other messages with Ghomeshi would be used against them as evidence of consent to actual violence.

Regardless of the eventual court findings, these paragraphs reveal a very real problem, and a very serious fault in our criminal justice system.

The targeting and bullying of people—and let’s be clear: women—who access the criminal justice system in pursuit of justice is reaching unacceptable levels, and it threatens the ability of the justice system to deliver on its most basic promise: justice.

Statistically, it is far more likely for sexual assault allegations to be true, than not. A Statistics Canada report published in 2008 reveals some of the tragic facts. The study concludes that only one in 10 sexual assaults are reported. Although sexual assault rates (as indicated by surveys) have remained steady in recent years, police-reported assaults have decreased for more than a decade. According to another research note published by the Library of Parliament last year, only 10 per cent of sexual assault cases involving non-spouses are reported:

Victims gave various explanations for not seeking police assistance. Some cited shame, fear of reprisals, and fear of not being believed or of being blamed for what happened. Some felt that the situation was not important enough, or that it was a personal matter. Some also felt the police or court system could not or would not do anything.

Sounds eerily like what the women told the Star.

That report also notes that rates of ‘unfounding’—the conclusion by police investigators that sexual assault did not happen—“vary significantly across jurisdictions” and across different police forces. This could be due to a variety of reasons, the report says:

Studies have shown that victims may be seen as less credible in situations that do not reflect the stereotypical image of sexual assault as a violent act perpetrated by a stranger on a “virtuous” woman who vigorously resisted. Such situations would include a victim and perpetrator who are in a relationship.

And finally, the report concludes, women don’t pursue charges because convictions are less likely to happen:

Despite legislative changes and efforts to better support victims, conviction rates remain lower for sexual assault than for all but one of the other violent crimes tracked in Statistics Canada’s Adult Criminal Court Statistics for 2010–2011. There are various factors at play, including reliance on myths and stereotypes to discourage the complainant from testifying in court and to attack the credibility of the complainant.

That’s our own government telling us about the scale of the problem. And they’re not the only ones. Maclean’s published a powerful investigative report earlier this year on the devastatingly low rates of sexual assault reporting in the Canadian military. The Canadian Centre for Policy Alternatives published a revealing study last year on the scale of the problem, and on the financial—not merely social—cost that violence against women incurs. They concluded that “progress on ending violence against women in Canada is stalled by the absence of a coherent national policy and consistent information about the levels of that violence.”

It’s everywhere. Just yesterday, renowned American educational research institute MIT released a report revealing that “One in six female undergraduates at Massachusetts Institute of Technology who responded to a survey has been sexually assaulted, but fewer than 5 percent reported a sex crime.”

This is what we need to be talking about

If people have either the perception or fear that they can expect to face public ridicule, harassment, and potential danger (toward their selves, their reputations or their careers) in order to file complaints of abuse, this reveals a severe defect in our justice system.

No one should be afraid to seek justice. Whether charges and sentences are warranted, will be the decision of a judge or jury accordingly. But for our justice system to function fairly and freely for all, it is vital that anyone be able to pursue charges of sexual assault against anyone else without fear of the consequences.

If the charges are not substantiated by the evidence, that’s up to the courts to determine. But the right to pursue a complaint is a fundamental right.

The fact that women feel intimidated against pursuing complaints has been documented again and again and again. And the statements published by the Toronto Star offer a visceral demonstration of the impact this poisonous environment can have.

Ghomeshi has now also procured the assistance of public relations firm Navigator to assist him in his public response to the charges. That’s the same PR agency that is known for defending other high profile clients such as Michael Bryant, the former Ontario attorney general who was charged in 2009 with dangerous driving causing the death of a cyclist (several months after Bryant hired the agency, the provincial government’s prosecutor withdrew the charges). We may assume the agency played a significant role in crafting the messaging that Ghomeshi has been disseminating via the Internet.

The involvement of public relations firms in matters of justice and sexual assault is neither constructive, nor does it serve the public interest. In fact it risks contributing very directly to the increasingly sexist and abusive environment that prevents women from accessing justice. Justice is a matter for the courts — not for multi-million dollar public relations firms. If women are afraid to seek justice, out of fear that a prestigious, powerful and well-connected public relations firm will wage a public campaign against them on behalf of their client, and possibly have the effect of destroying their lives and reputations, that creates a classed and gendered barrier to justice in our society that is not acceptable.

Public relations firms ought to be barred from involvement in legal cases.

But simply removing this barrier is not enough. If such a stigma exists, that women are unwilling and unable to come forward with complaints—substantiated or not—then more needs to be done to create an environment supportive of those who do.

If there is a fear—even a perceived fear—that deters [victims of sexual assault] from pursuing complaints, or that they could become open targets for rich, slick, well-connected, well-resourced PR campaigns, then justice cannot be served.

Regulations need to be developed to ensure the safety of women who come forward with allegations and protect them from recrimination. Stricter penalties need to be developed to target those who harass and demean those women for filing complaints. Greater education needs to be provided police officers and other justice officials in how to handle these cases.

And, once again, professional spin doctors ought to be allowed nowhere near such a case. If an individual is innocent, let them argue their innocence from a level playing field with their complainants.

It’s not just Jian Ghomeshi, but our entire justice system that is on trial in the eyes of the public. And not just over the allegations, but over how it treats victims of sexual assault. If there is a fear—even a perceived fear—that deters them from pursuing complaints, or that they could become open targets for rich, slick, well-connected, well-resourced PR campaigns, then justice cannot be served. And if this case is settled mysteriously and silently out-of-court, then it risks conveying the impression that public-relations, not justice, can play a role in shaping the outcome of such a case.

Regardless of the outcome, the sanctimonious partisanship of people who are eager to take sides and demean their opponents before the wheels of justice have even begun to turn, will deter many women, and others, from filing complaints against wealthy or high-profile individuals in the future.

And that—not the reputation of any single person involved in this case—is the most tragic outcome of them all. 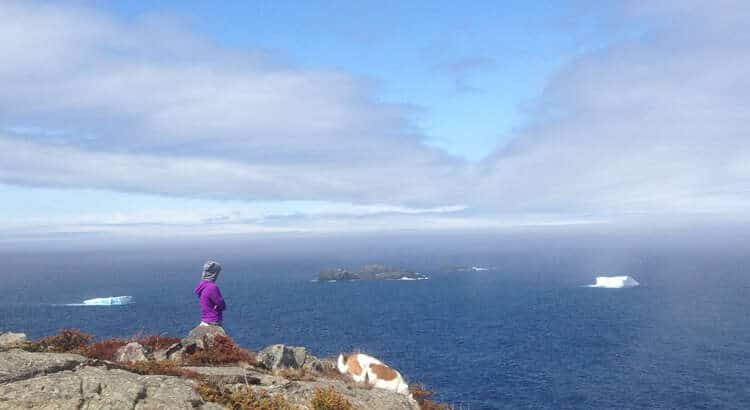 Neglecting ecotourism means neglecting rural NL
If the provincial government is truly interested in rural diversification, it needs to stop ignoring an industry with huge potential 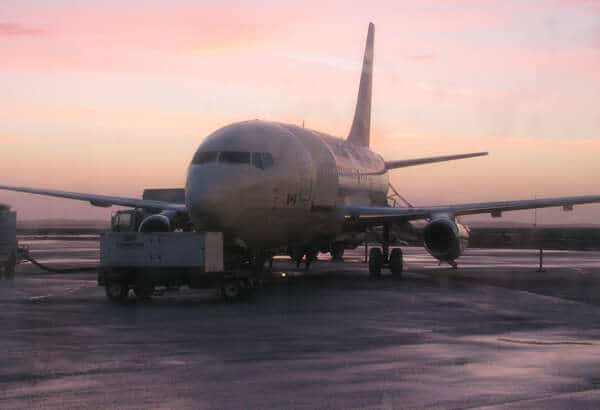 Automation nation
In a world that's desperate for jobs, why are we 'innovating' ourselves out of them?