Keeping us distracted while the wheel turns ’round…

Were he around today (living in a cabin in Avondale, say) he might amend his statement: “There are two kinds of dam: damn dams, and damned dams.”

What would he mean by that?

The second – the damned dam – is the case which becomes obvious only in retrospect. It’s the dam that was damned, by fate or by foolishness. Damned perhaps to fall short of expectations, or fall victim to disaster – manmade or environmental.

The first – the damn dam – becomes painfully obvious in the present: for those who are willing and able to see it. It wreaks havoc of a diverse kind; one of the worst of which is that it clouds the ability of people with power and influence to see the damage it’s causing.

And the events of the past few months reveal that both of our dams – the Upper Churchill and the Lower Churchill (Muskrat Falls) – share the qualities of both damn dams and damned dams.

What is Nalcor up to?

Much speculation has surrounded the provincial government’s ongoing legal struggle against Hydro-Québec. Ray Critch provides an excellent overview here of why the legal case against Hydro-Québec is, essentially, hopeless. And an American researcher agrees with him, here.

Yet the provincial government fights on. Why?

To hear Nalcor and the provincial government tell it, there are two reasons. First, what we might call the ‘forlorn hope’ cause: we might actually win. And we might. If we do, the jackpot would be huge. But it’s a tremendously long shot, and the odds are overwhelmingly against us.

The second reason, let us call the ‘divine justice’ cause. Our losing out so much money to Hydro-Québec may be legal, but it’s sure not fair. And fighting against an unfair bully – fighting for what’s right – is always worthwhile.

As a matter of principle, I fully agree. Fighting for what’s right – even in the face of insurmountable odds and even when there’s virtually no chance you’re going to win – is the right thing to do. Standing up for justice is the right course to take.

Unless you wind up causing a greater injustice by doing so.

In the case of Nalcor’s ‘forlorn hope’ legal battle, it has already cost the provincial government over $5 million. It will doubtless cost millions more. That’s millions of dollars that could be spent on health care, hospital beds, roads for our rural communities, housing for seniors.

Fighting a doomed battle for the sake of principle is a noble thing to do: when you’re doing it on your own dime. The provincial government is fighting the battle on our dime – at the same time as it has cut back on so many other vital areas of public spending.

That is neither fair, noble or just.

The darker side to the coin

It’s possible there’s a more insidious side to their desire to sacrifice public services for the sake of a doomed cause (odd they weren’t willing to show this much zealous fanaticism around defending maritime search and rescue, or protecting local fisheries).

By carrying on this high-profile, sanctimonious, almost-certainly-doomed-to-failure forlorn hope case, Nalcor and the provincial government sustain and feed into the public rhetoric that the failure of the Churchill Falls deal is a grandiose, 40-year-running obstruction of justice by the province of Québec. It depicts us not as fools who got in over our heads and made bad decisions, but rather as victims of injustice.

Paradoxically, every defeat we experience only hammers that sense in more deeply: we’re not victims of our own stupidity, but of crass injustice from outside – from over there, that nasty province of Québec!

It’s always easier to blame somebody else than accept the blame ourselves.

If we were to give up, we would need to accept that our political leaders made a bad decision, followed poor advice and let their greedy aspirations dig us into a multi-generational disaster. And that might raise another very ominous question:

What if it could happen again?

What if our own political elites could, for the sake of their own short-term gain, make bad decisions, follow poor advice and allow greedy aspirations to dig us into a multi-generational disaster?

What if that is happening even right now?

The case against Hydro-Québec involves an injustice, or at least an unfairness. But it serves a much more potent political purpose: as psychological propaganda. It helps to reinforce the idea that winning big in the global energy market gamble is our natural destiny; that we’re fated to get rich off it, and that our experience in the hydropower gamble so far – which has heretofore been an utter disaster – is only because we’ve been victims of injustice by those bigger nastier people next door.

Our time will come!

But what if it doesn’t?

If we adopted another reading, we could take the Churchill Falls fiasco as a warning. A prescient, clear warning: stay out of the global energy game. We waded in once, got burned, and now multiple generations are paying the price.

What fool would make the same mistake again?

The brief windfall we got from the oil was a lucky shot. If we were smart, we’d have taken our winnings (and invested them in a legacy fund) and walked away from the table (to build our economy on other more sensible and sustainable foundations). But gambling is an addiction, and hydropower gambling in particular – like gold, oil, and other shiny and slimy and valuable things – induces a fever that causes many people to stop thinking rationally and see only the shiny dollar signs at the other end of the rainbow.

The Nalcor case against Québec is a nice distraction for the public, reinforcing the notion that our divine destiny is just around the corner. If we borrow $5 billion and spin again, we can win this time! Just one more roll of the dice. Just one more yank on the VLT lever.

This time, we’ll win. It might cost us our every last penny – and we might have to sell out the birthright of our children and their children as well – but we can win this! Just one more play!

The only people who lose are ourselves.

We could abort the project. We might lose a lot of money that we’ve put in, but we might avoid losing a whole lot more down the road. And we’d have Muskrat Falls. The power of the river and the falls as a provincial symbol, not to mention a tourist attraction, could by far outweigh any value that might come from developing it (an undertaking which, by all accounts, will only result in an increase in our power bills). Why are we going to such extravagant lengths to go into debt in order to increase our power bills?

Oh right. Cuz the gamblers in public office are all infected by the hydro-fever.

In Iceland today, one of the country’s biggest tourist attractions is a falls which decades earlier was sold for hydro development, but whose opponents managed to abort the project (in part by repeated threats to hurl themselves over the falls). Turns out, they weren’t just a bunch of fools, they were protecting a resource which has proven far more valuable as a tourist attraction and national symbol than it ever would have as an energy generator.

It can be stopped.

So long as we don’t let our attention get diverted by the sideshows our government sets up for us.

The uses of science
Just because you don’t trust science, doesn’t mean it doesn’t work 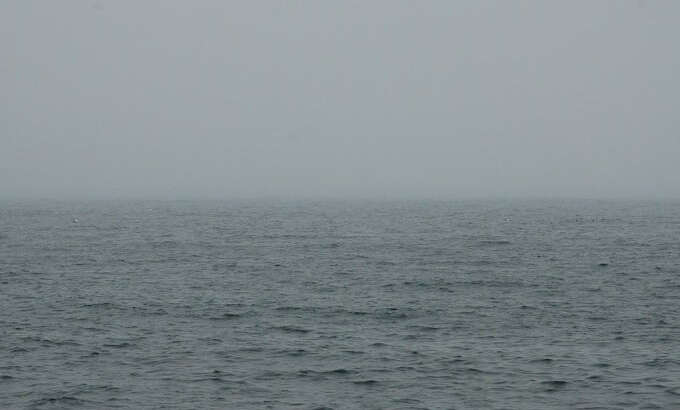 Committed
In the wake of yet another high profile suicide, it seems like an appropriate time to have a conversation about how it is that we…