Here are two things Justin Trudeau’s Liberals ought to do right away. Plus, a warning for the provincial Liberals.

So, what happens now?

Now that the icons have fallen, democracy triumphed, dreams won, hopes dashed, etc., etc., what do we do now?

Whatever your affiliation, as we struggle to collectively answer the question of ‘What happens next?’, here are some things that ought to happen sooner than others.

During election night coverage, CBC reporter David Cochrane asked newly elected St. John’s South-Mount Pearl MP Seamus O’Regan whether he’d had discussions with Justin Trudeau about being the province’s representative in the federal cabinet. Charming though this old boys’ club moment was, there’s a far more obvious pick for the province’s senior cabinet member, and indeed for one of the most experienced and talented politicians in the country: Labrador MP Yvonne Jones.

Jones has experience at every level of government: municipal (she served as mayor of Mary’s Harbour from 1991-1996), provincial (MHA for Cartright-L’Anse au Clair for over 17 years), and federal (MP for Labrador since 2013). She’s served as leader of the provincial Liberal Party, and indeed was the first ever female leader of the Liberals in this province.

Her portfolios have been extensive and key: She served as provincial Minister of Fisheries and Aquaculture and Minister Responsible for the Status of Women, while federally she served as Liberal critic for Northern Development, the Northern Economic Development Agency, the Arctic Council, the Atlantic Canada Opportunities Agency, and Search and Rescue.

Jones is only 47, she’s the only previously-sitting Indigenous MP re-elected among the Liberals, has maintained a high-profile political role despite a well-publicized struggle with breast cancer, and has apparently invincible political skills (when she first sought election at the provincial level, she lost the candidate nomination to the incumbent, but ran as an independent and won anyway. And she was one of only three Liberals to survive Danny Williams’ tidal wave in 2007). Like many successful politicians, she has prior experience in journalism, and she’s been a passionate advocate on Indigenous rights issues as well.

There are very few politicians with such a powerful combination of skills and experience. Coupled with Trudeau’s commitment to pursuing gender equity in his cabinet, Jones is the obvious choice not just for this province’s senior cabinet minister, but for one of the country’s senior cabinet members. And the fact she represents Labrador would be a timely recognition of the immense value and importance of this strategic and resource-rich, yet long-suffering and long-ignored, partner of the island.

Trudeau ought to immediately seek the advice of this consummate politician in the formation of his cabinet and circle of advisors.

One of the biggest shockers of the 2015 election was Jack Harris’ narrow loss to Liberal Nick Whelan. Harris had been considered one of the most secure and likely-to-be-reelected politicians in the country (demonstrating how useless, and indeed dangerously misleading, pollsters are to democratic politics). Some—and purportedly Harris himself—have considered this the end of this much beloved sage statesman’s political career.

But Harris shouldn’t be let off the hook so quickly.

Insofar as the senate is supposed to be a source of experience and practical wisdom, there are few who would fit the bill better than Harris.

His wealth of experience, garnered through long years in local, provincial and federal politics, would be an immense loss to the country. And much as many of us might yearn for him to take another stab at municipal politics and set the incoherent St. John’s City Council to rights, the country as a whole deserves the benefit of this august elder’s wisdom and experience.

Trudeau has committed to efforts to overcome the narrow partisanship that came to define the past couple of decades at the federal level, and to working better and more innovatively with other parties. Well, he has a clear opportunity to do so here, by appointing a senator not of his own party.

Indeed, Harris would be the first NDP senator (Saskatchewan’s Lillian Dyck wanted to sit as an NDP when appointed to the senate in 2005, but the NDP wouldn’t recognize her since they favoured senate abolition; even if Harris faced the same challenge, he would still be the first NDP veteran MP in the Upper Chamber). And insofar as the senate is supposed to be a source of experience and practical wisdom, there are few who would fit the bill better than Harris.

Harris could bring some decorum and practical usefulness back to the senate, and restore its role as a constructive and functional component of the federal government.

When Justin Trudeau removed Liberal senators from the party caucus in 2014, he said that he did so because he wanted the senate to become a less partisan body, with members sitting as independents, not party loyalists. He has an excellent opportunity now to demonstrate his commitment to those words. At the next possible opportunity, he ought to appoint Jack Harris to Senate.

Liberal victory—but what sort of Liberal?

The provincial Liberals are enjoying a certain undisguised glee at the boost they hope Trudeau’s victory will give their party in the Nov. 30 election. They shouldn’t. The party that won Monday night’s election was a party that was not afraid to commit to generous social spending, to running several years of deficits, to raising taxes, and to prioritizing public housing, generous EI programs, and public funding for post-secondary education.

Provincially, the Liberals have been vague at best about their commitment to social programs and tackling the province’s growing inequality. They’ve made inconsistent statements about privatization, and failed to commit to upholding public funding for key programs like post-secondary. If anything, they’ve acted more like Tom Mulcair’s ‘balanced budget’ NDP than Justin Trudeau’s Liberals.

And we all know how well that worked out. 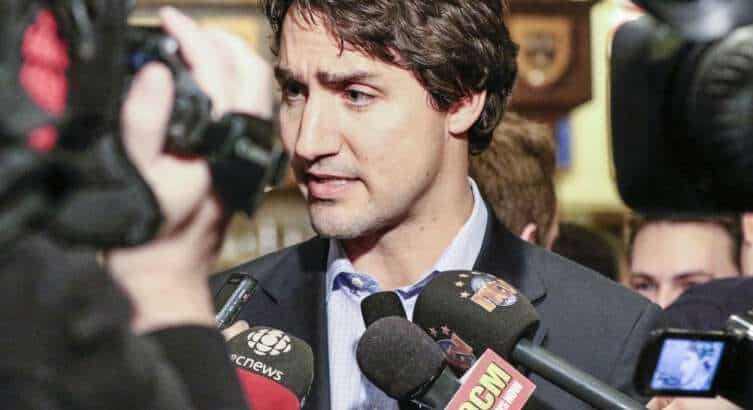 Wanted: post-election vigilance
Now that we've had some time to relish in Harper's defeat, let's look at some of Justin Trudeau's promises so that we can hold the…