The interdisciplinary construction of our holographic future

I’m in the business of systems engineering foolery. In other words, I’m a theatre designer.

I’ve been tricking audiences for over 30 years. It began at the age of seven, with my first onstage appearance as part of a viola ensemble performing the Mikado. I was a lousy viola player. So bad, in fact, that I decided it would be better if I didn’t actually touch the strings. Instead, I memorized the bow movements and timings, and moved my bow up and down in rhythm with the ensemble in front of a full paid house for the entire performance. As the curtain closed and I was congratulated, I realized I had pulled off a marvelous feat of magic. The audience didn’t need to hear me play – they just saw my bow move and filled in the sounds.

You could say it was this early lesson in illusory techniques that lead to my career in stage design (and to dropping the viola lessons). I’ve since learned how much work and creativity it takes to engineer systems of trickery. The bigger the act of magic, the more people are hidden behind the scenes, working long hours to achieve that perfect timing.

Creativity and stage magic are close cousins with engineering. Now, I’m about as much of a rocket scientist as I am a musician, but there are two things I know for certain. Firstly, the vibe in mission control before a rocket launch is an exact parallel of the hopped-up tension in any stage management control booth on opening night. Secondly, without the history of Pepper’s Ghost, an early (and still utilized) trick of creating ghosts on stage, the Star Trek-inspired Holodeck as we know it would probably not exist. It takes a complex marriage of adrenaline-fueled art and science to turn magical dreams into reality.

The playful Holodeck may seem like something of sci-fi engineering fantasy, but it is actually a beautiful work of art, science and magic currently in progress.

Jason Leigh, director of Electronic Visualization Laboratory (EVL) at the University of Illinois, is creating that reality while living the dream at work. CAVE2, designed by EVL, is a “hybrid reality” system consisting of 72 LCS panels in a 320-degree panoramic environment. The next-generation system essentially represents a prototype of the Holodeck, giving users the ability to fully immerse themselves in a sophisticated data-rich virtual reality environment. In a video interview with The Telegraph, Leigh walks through a virtual model of the Starship Enterprise, emphasizing how science fiction inspired the very scientific invention that has the ability to replicate it.

There is a missing element, however. Like the intangible Pepper’s Ghost, CAVE2 is devoid of tactile sensation. While special glasses and a hand held “wand” with tracking dots help focus the visual computer-human interaction, the system still has a way to go in becoming corporeal.

At the forefront of finding the solution to making phantasms solid is Michael Page. An assistant professor in Faculty of Art at the Ontario College of Art and Design, Page is a holography specialist. He is currently working to create haptic (touchable) holograms with the partnership of Entact Robotics, a leader in haptic feedback technology devices. In an IT World Canada video interview in The Photon League laboratory, Page describes haptic holography as “3D information that makes up a digital hologram”, then “mapped into the haptic contsruct”. When the holographic and haptic maps are superimposed, the result is a touchable yet ethereal object. The Haptic Holograpy Project, funded by the Federal Economic Development Agency for Southern Ontario (FedDev Ontario) is focused on medical and educational applications, and is currently in the developmental stage. In an address at MIT in June, 2012, Page notes that the improved “co-visual” ability of a medical student to have his virtual scalpel-holding hand in the same place as his actual hand, is an exciting step forward in haptic technology.

It is easy to imagine how the outcomes of this haptic holography project, combined with the developing tracking dot technology of systems like CAVE2, could work together to create a relatively realistic Holodeck-like environment for research or entertainment purposes. But how close are we to creating an actual spacecraft Holodeck?

In reality, it is more likely that this developing haptic holography technology will be used initially within the space industry to train astronauts in richer simulation environments, and applied to enhance the science museum exhibit experience in space outreach and education. While human-centred design is a vital component of forward-thinking space engineering, it is more likely that competition-engineered 3D printing of spacecraft will happen before the crew of the International Space Station gets to spend leisure time in a 4D holographic deck. The support just isn’t available right now for development of such luxuries for the space environment.

However, with haptic holography taking a leap forward thanks to the collaboration of art and science, the space holodeck dream has undoubtedly been given a fresh boost. There isn’t a space engineer worth his or her salt that isn’t secretly thrilled about that prospect. After all, the ISS might not have plans for the holodeck, but just like Star Trek, there’s always the Next Generation. Anyone willing to drop a cool $26-37 million to get to space on a commercial station may well be the type of person willing to invest in launching the holodeck to its true home among the stars.

When the first fully-functional tactile holodeck is finally rocketed into space, it will be a nail-biting countdown for artists and engineers alike. The moment it rips through the earth’s blue sky and disappears into the darkness will be just the beginning of the magic show. If I’m lucky enough to be in the audience, I’ll be giving it a standing ovation.

Active and Passive travelling
If conventional travel isn't satisfying your need to see and experience other people and places, it may be time for a more 'active' approach 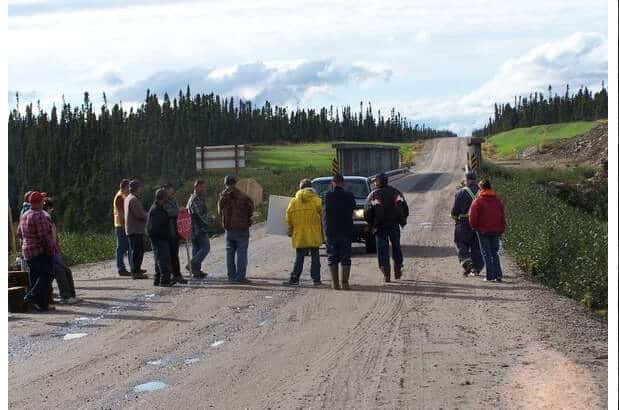 NunatuKavut launches ‘on-the-ground action plan’ to halt Muskrat Falls
Angry elders and a community of people who've exhausted all other options are strong indicators Labrador's Inuit-Metis have only two choices: lay down or stand…