Is a road to Labrador’s north coast feasible?

Here’s what connecting Labrador’s northernmost communities to the rest of the Big Land would likely entail.

Is a road to northern Labrador communities possible?

This is one of the many questions I was left with after watching the three Labrador federal election candidates give their presentations at the Labrador Institute in North West River on Sept. 30 — particularly the presentation by Peter Penashue.

On its own, the thought might seem like a good idea. Roads are, after all, much cheaper for transporting goods, and a road to the north coast would allow residents in isolated coastal Labrador to access the outside world without having to spend thousands of dollars on flights. Anyone who has spent any amount of time in the more isolated parts of Labrador has experienced the frustrations of excessive costs, unreliable transportation systems and unexpected delays.

The current alternative to a road network, Penashue argued in his presentation, was to invest in new ferries to serve the north coast. This is an option that was recently balked at by the province after cost estimates soared to over a billion dollars for 25 years of service.

Any good consultant will tell you that building roads in northern mountainous terrain is particularly challenging, especially in subarctic-bordering-on-arctic climates. There are, in fact, guidelines for suitability of road construction in northern regions from Aboriginal Affairs and Northern Development.

One of the most important limitations is the slope of the ground. Flat terrain is preferred because it is cheaper to build on, with slopes below 6° being considered suitable. Much steeper slopes become very unsuitable for road construction and make for unpleasant driving, something anyone who has driven the road between Baie Comeau and Labrador City might be aware of.

It is also best to avoid certain landscape types (e.g. wetlands), water bodies and large rivers for reasons associated with cost and to minimize environmental impacts of road construction.

By combining publicly-available datasets showing topography, vegetation and water bodies, we can make a pretty good estimate of where a prospective road should be built with the theory that the more suitable the landscape the cheaper it will cost to build there.

I’ve recently done this for the north coast of Labrador with the goal being to determine how suitable (and realistic) it would be to build this road to the north coast. (Click image to enlarge).

I classified different land cover types with a number value (for example: forest = 1, water = 9) with the goal being to find the path that has the lowest total score (cost). In some cases major rivers are unavoidable, meaning we could expect a much higher cost for infrastructure like bridges.

As you can see in the next image, below, the best estimate of where we should build the road network north would seem to be one long road with various offshoots to the various communities.

The total length of this road from start to finish would be around 751 km.

I created each road section separately, and because we used a cost scoring scheme we can actually calculate what the score per kilometre is for each part. This helps us to see which areas are the most difficult to build in and whether the true dollar costs of building in these areas would be more expensive.

For comparison, I included the score that my model calculates for the road from Goose Bay to the Cartwright Junction (excluding the causeway and bridge across the Churchill River).

What you can see from Table 1 (click image to enlarge) is that, in general, the roads have higher scores per kilometre the farther north that you build; this corresponds to the more difficult topography as you move farther north.

We can also see that the cost scores we get for all road sections are higher than the portion from Goose Bay to the Cartwright Junction with the exception being the segment from Goose Bay to Postville, and from Postville Junction 1 to Rigolet, which have scores of -5 percent and -0.77 percent respectively.

The roads to Makkovik and Natuashish are only marginally (+1-2 percent) higher, meaning that costs shouldn’t be expected to be too far off from those for the initial construction of the Trans Labrador Highway Phase 3 (Goose Bay to Cartwright Junction). For Hopedale (+14 percent) and Nain (+27 percent) the costs are likely to be considerably higher based on this analysis.

For example, Hopedale is a roughly 67 km straight line from Postville, but its geographic setting would require a roughly 147 km road. As the road network approaches Nain, we are also far more likely to have additional costs associated with permafrost found in some soil types in the region.

So, what does this mean?

Well, we know the construction costs of Phase 3 of the Trans Labrador Highway — about $130 million for around 286 km or road. We also know the expected upgrade and paving costs per kilometre on this road according to an Auditor General’s report.

If we apply these numbers to our prospective northern roads that are in comparable terrain we can get a good estimate of the total costs to construct and pave these roads.

It’s clear that the cost mentioned by Penashue (around $300 million) is probably too low for the entire road, but it was at least in the ballpark of the federal contribution needed. In fact, it isn’t really abundantly clear that it is possible or financially realistic to consider expanding a road network to Hopedale and Nain without a detailed study of the risks of cost overruns given the terrain characteristics.

In response to Penashue’s initial proposal many brought up clear cultural concerns for communities in northern Labrador, including, for example, the influx of alcohol and drugs — but perhaps more importantly the loss of traditional hunting grounds and other ecological influences.

The balance between food security and traditional practices is undoubtedly a discussion that is worth having, but speaking as an individual who spent much of his life travelling, hunting and fishing off the Trans Labrador ‘Highway’ between Goose Bay and Labrador City, there are also cultural advantages which exist as well.

Whether a road is desirable is certainly something that is best assessed by each of the community governments themselves, rather than from someone external. It would, however, be fair to say that regardless of the outcome it would seem building a major road to the northernmost communities in Labrador would be challenging and costly, so careful consideration is required.

This analysis does, however, reveal that a road to Postville is realistic and potentially cost-efficient ($191 million, paved). If you add the offshoot to Rigolet it is around $300 million. This alternative perhaps doesn’t have the political ‘allure’ of a roughly $8 billion mega-project, but it does offer potential for opening up Labrador’s north while protecting both Inuit cultural identity and the provincial and federal finances.

Ferry service and other considerations

At present the total transport time—not including off-loading and on-loading or stopovers—for the trip from Goose Bay to Nain on the Northern Ranger is approximately 33 hours, according to Labrador Marine.

Over half of that time—17 hours—is spent travelling from Goose Bay to Makkovik. A road network connection to the southern end of Nunatsiavut could foreseeably allow for a more efficient schedule that could reduce transportation time on the ferry by half if ferry service became more regionalized.

There is already talk of a potential road to Postville that would be constructed if mining exploration in the proposed Michelin Uranium mine between Goose Bay and Postville goes ahead.

A large investment would potentially occur as well to improve port infrastructure for export. However, this project has been discussed for a number of years and it is not clear that it will go ahead with Uranium prices low and without the support of the Nunatsiavut Government and people.

Where does this leave us?

Canada is currently in a phase of northern expansion and Labrador has certainly seen rapid development of a road network in the south. In northern Labrador, there is a clear appetite to have the services that those in southern Labrador get to ‘enjoy’. So the question is, really, how can we affordably bring new services to people who have certainly waited too long?

A road to the northern coastal communities is an option that should be considered by policy-makers, at least in the southern end of Nunatsiavut. Developing a road to the southern end would be cost-effective and will change the way goods and services can be provided in Nunatsiavut. If that were coupled with a new all-conditions airport in Nain, then we might see the real change we’ve all been promised in Labrador.

City of St. John’s buries environment, again
It was only a few years ago we discovered St. John's City Council had ‘forgotten’ it’s own mandate to have an Environmental Advisory Committee (EAC)… 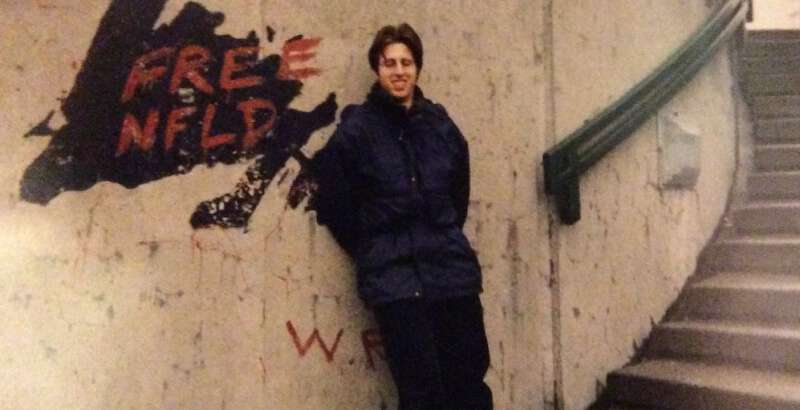 FREE NFLD
If FREE NFLD is a call to action, what is it asking us to do?