Happy Valley-Goose Bay can and should open its doors to refugees fleeing violence in Syria, while also finding a permanent solution to ending homelessness in Central Labrador.

Labrador MP Yvonne Jones has received a great deal of criticism on social media for her proposal to use Canadian Forces Base 5 Wing Goose Bay as a processing centre for refugees fleeing the conflict in Syria.

Jones has said that Goose Bay, with its international runway and deep water port, would be a prime location to welcome those fleeing for their lives.

Many residents of Central Labrador took to social media to point out the fact that the area has a large housing shortage with many homeless people. Residents have been petitioning the base for years to open up unused military housing to help alleviate the housing crisis.

Prime Minister Trudeau has announced a plan to bring in 25,000 Syrian refugees by year’s end. Retired Brigadier-General Gaston Cloutier, former leader of the 8 Wing Trenton Air Force base in Ontario, has proposed a plan to use Canadian military bases to welcome the large number of refugees, who will no doubt rely heavily on military support.

Yesterday’s horrifying attacks in Paris have scared some people from the idea that taking in refugees is a good thing, but this is just what terrorists are trying to do: scare us into being less than our best, scare us into being complicit in the slaughter of innocents who we could have helped, scare the world away from caring and compassion. As Dan Holloway wrote on Twitter, “Do you not realize these are the people the refugees are trying to run away from.”

Helping newcomers adjust to life in Canada is investing in future Canadians who can enrich us culturally, contribute to the economy, and widen the beauty and depth of our diverse country.

While I completely understand people’s frustration with wanting to see empty houses in Labrador used for Labradorians, I must remind them that this is not a permanent solution, that the base will not become the new home to thousands of refugees. Jones’ plan would open up the base to refugees as we begin to determine where these people will be settled across the country. Some may stay in Labrador, but once they have moved on those housing units will be free once again.

On Nov. 9 the provincial government announced it will allocate $800,000 to open an emergency shelter pilot project in Happy Valley-Goose Bay. While this is not a long term solution to homelessness in Labrador, it is a start. There are many different ways to approach this important issue, and just because we give our attention to refugees does not mean our society is ignoring the homeless.

Some have raised security concerns as an issue — however, processing these people on military bases will be the safest way to determine if someone is a threat to this country or not. As a recent Toronto Star column pointed out, if ISIS wanted to attack Canada manipulating the refugee process would be a highly ineffective way of doing so. In fact, the bulk of refugees seeking asylum in Canada have been referred to by the United Nations’ Refugee Agency.

Some people have brought up our looming $1 trillion debt, saying we can’t afford to do more than we are already doing. However, housing and processing a mere 25,000 refugees will not financially cripple this country. In fact, helping newcomers adjust to life in Canada is investing in future Canadians who can enrich us culturally, contribute to the economy, and widen the beauty and depth of our diverse country.

We are a multicultural nation, made of of peoples from across the globe. This is not the first time Canada has accepted refugees, and it will not be the last. We should help these people fleeing for their lives, just as we should help the homeless and the needy in our own communities.

We should not say “help our own first,” but instead, “let’s help everyone we can,” because that is the right thing to do. 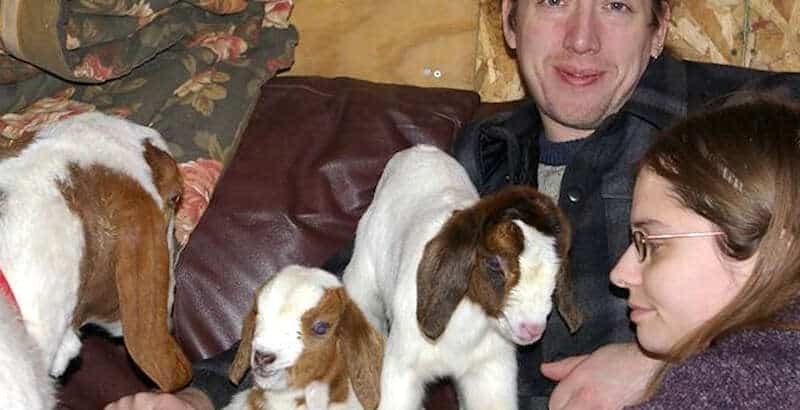 “Time is not money”: Homestead Economics (Pt. 1)
Are you caught up in the rat race? The principles of homestead economics might just be your way out.

In addition to Paris, what about those in Beirut and Baghdad?
"Every person, no matter where they are, deserves to be heard."