The song that never ends: About men and women in tech

The recent “Google memo” reminds us that we need to start thinking about gender in STEM differently.

The Google employee (now ex-employee) who wrote a 10-page “screed” has received a great deal of media attention since reports first emerged earlier this month of a memo arguing that the relatively few women in tech compared to men can be explained and justified, at least partially, by key biological differences.

According to the memo, titled Google’s Ideological Echo Chamber, many current diversity initiatives in tech are discriminatory and “just veiled left ideology.” The author of the memo, James Damore, is being hailed as a whistle-blower by some, having been offered a job by Julian Assange with Wikileaks, and interviewed by proponents of “free speech” (who also happen to be critics of feminism, trans-rights and Black Lives Matter).

There are a few points in the memo that many from different “sides” would likely agree on, such as the value of allowing “those exhibiting cooperative behaviour to thrive,” and allowing “men to become more ‘feminine’”. But these have mainly been lost in the debate between supporters, who argue that the memo-man’s claims are based on science, and opponents, who argue that both science and history contradict them. A couple useful responses (here and here) have also pointed out that there are different sciences that support different stances, that not all science is equal, and that science has a long history of being created out of, and supporting, social inequality and so is in no position to be taken as a neutral party.

As an anthropologist of gender and computing, my news and social media feeds have been overwhelmed by stories about this latest news from Silicon Valley. The thing is, it’s not a new story.

It’s the same set of claims I’ve been hearing for at least a decade, and that I’ve read in academic and news articles published over several more decades before that. These pieces argue there are fewer women in computing—and in Science, Technology, Engineering, and Mathematics (STEM) more generally—because women are worse at math or logic, because they have less aptitude for computers, because computers make them anxious, because they’re less confident than men, because they’re less geeky, because women are more social, and so on. This latest memo just assembled them into a neat 10-page package and wrapped it all in a bow.

It’s not just that science is being used by Silicon Valley (and some disgruntled men) as a “weapon,” or to “explain why they’re better than women,” although this is a part of the story. The issue with these claims – and sense of repetition they bring – also stems from how all stories about gender in computing and STEM get reduced to an opposition and comparison between women and men.

The memo claims that binary gender differences are natural, rooted in biological causes and universal across cultures. So, it makes sense for Damore and his supporters to argue in terms of these differences.

Critics of the biological explanation show that women are just as capable as men and highlight all the ways that geekiness, confidence, and sociality in tech are actually not natural (in academic speak, they’re socially and culturally constructed). These critiques are important for counteracting the erasure of women from computing history and culture. But they’re also caught in the loop of contradicting the claims of the memo on its terms: an oppositional comparison between men and women.

Why does it matter?

One of the key problems with this framing, which might be called “the woman problem in computer science,” is what it excludes: the lives and experiences of trans- and non-binary people, as well as racial, class, and cultural differences, and even how people’s identities can change throughout their lives.

What’s more, by reducing the debate to the question of differences between “men” and “women”, and repeating comparisons over and over, the division between the two is made to seem even more natural, essential, and absolute.

Problems in computer science research and teaching assume and reinforce these heterosexual binaries. For example, there’s a classic problem in computer science known as the “stable marriage problem” involving two groups of equal size, one of which is usually framed as men and the other as women. Each “person” from these groups has a ranking of their preferred (heterosexual) partners. The problem is to find an arrangement of pairings (marriages) that satisfies those rankings, that is monogamous, and that includes all the men and all the women.

One solution to the stable marriage problem was developed in the 1960s and always has the men proposing marriage, and ultimately selects marriages that favour the men’s rankings. That the solution was also unfavourable in relation to women’s rankings was only noted nine years later, and it took nearly another 20 years for new solutions to be proposed that produced more balanced pairings that accounted equally for men’s and women’s preferences.

“Alice” and “Bob,” who want to send secret (encrypted) love letters to each other, have also been used for almost 40 years as an example for both teaching and research in cryptography. In my research on computer science education in Singapore, I found that students repeat similar stories to understand and explain cryptographic problems. I don’t know how the repeated use of this heterosexual couple as an example has shaped the kinds of questions that get asked and solutions that are developed in response, but it seems worth considering.

Similarly, in responding to the Google memo, media scholar Ian Bogost invites us to imagine how computing would be different if it had been “built from the ground up by African American culture,” or by a group that represents the population in terms of racial, sexual and gender identities, and so on.

Assumptions about gender in tech matter, not just for techies. Technologies are being designed and built with oppositional gender stereotypes, like those in the memo, in mind: online input fields often allow only for “Male” and “Female” options for sex and gender; bots like Siri and Alexa often behave according to gender stereotypes; and Google search results embed gender biases such as associating words and images like “nurse” with women and “doctor” with men, to name a few examples.

Each of these interactions affect how we use technology, how we think about gender, and the possible futures we can imagine for both.

Solutions to the problem of women’s underrepresentation in STEM have also been framed in terms of opposition and comparison between men and women. For there to be equal numbers of women pursuing careers in computing, the script goes, there must be equal numbers in university, in high school, in elementary school, playing with computers outside of school, and so on.

The problem, in other words, lies in the “pipeline,” and why there are fewer women in it. The explanation must then be that there are differences of ability, or particular qualities, or even of access and discrimination, that differentiate men and women. And unquestionably, as an unending stream of evidence shows, women do face sexism, discrimination, harassment, and violence across the entire the length of the “pipeline.”

Efforts to address these issues are also undoubtedly helpful to at least some women and minority group members. But these efforts leave unquestioned the underlying structures that construct and frame gender as a binary opposition.

What can be done?

A binary opposition that pits efforts to help women against efforts to question gender structures, intentionally or not, is certainly not the answer. We need both, and more.

Bogost urges us to “imagine how some of the lost futures of pasts left unpursued might have made for different, actual presents—and that might yet fashion new futures.”

Let’s think about that. How could tech—past, present, and future—be fundamentally different? How could gender be different? What gets glossed over by the swath of generalizations in the Google memo, or by thinking of men and women as opposing categories? How is gender different — for yourself, for your friends and family, for the person across the street, and for people around the world?

A thought experiment is not a replacement for the hard work that’s being done – and should be done – on gender and diversity in tech, and beyond.

But maybe it will help save me, and all of us, from reading the same story over and over again, for another decade or more.

Samantha Breslin is a PhD candidate in Anthropology at Memorial University. Her research has explored gender and entrepreneurialism in computer science education, as well as traditional Irish and Newfoundland music and musicianship. She also previously studied computer science. 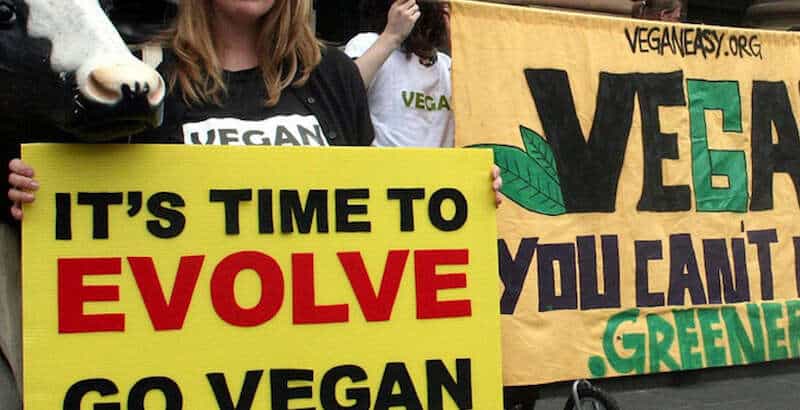 Going vegan at 91
Conversion to a plant-based diet is the key to better health -- for people and the planet.

The hidden costs of exploiting contract faculty
Universities’ growing reliance on the exploitation of contract faculty erodes institutions of higher learning, and MUN is no different.