No matter what ‘independent’ means to you, let’s show that independent media matters.

It’s been a while — no, it’s okay…stay there sure, I’ll sit with you a spell.

For those keeping track, I’ve been out of the Indy-writing gig since last summer (to the pleasure of some I’m sure!). A quick Google search might tell you why, and it’s a big swollen blue whale in the room that I feel I need to address. I ran in the nomination race for the provincial Liberals in Lake Melville (and lost). A bit more searching will probably reveal that this wasn’t my first direct (or indirect) political engagement.

There were questions—from myself, friends, and even the Indy editors—about whether or not this would lead to too much political bias. Would this mean that I wouldn’t be able to write with a critical enough lens, especially if/when the Liberals form the next government in Labrador and Newfoundland? Well, let me just leave you with this observation: I couldn’t convince enough of the Liberals that I was adequately Liberal to win their votes (especially in light of the fact my team and I beat them under the Labrador Party banner 11 years previous. But I digress…).

Rather, I think and hope it’s clear…

That my political bias has always been a little more ‘independent’ of mainstream parties and their centralized policy-making, line-towing approach to politics. My bias has always been a Labrador equity lens. This doesn’t mean I can’t dis/agree or work with any of the mainstream systems. So like my #GoIndy2015video says, I believe the Indy and my articles are all about conversations. I write with a critical Labrador lens, often playing devil’s advocate in order to tease out a Labrador perspective in the conversations we have on policy and politics in this province. All I can do is leave it up to you, the reader, to engage (or not) in that conversation and to reject or accept the points I make to broaden the conversation.

Which brings me to the next point of this re-introduction to my column. My return to the Indy may not be a long term relationship (and no, I’m still not taking up offers to write for other media outlets). Rather, The Indy is on fairly shaky ground. The advertisements essentially pay for the charpente—the bones—of The Independent. In my first three years of writing for the Indy over 120,000 people read, commented on, and shared my columns. Yeah, it took me a little while to feel at home under the pink, white and green banner—but they’ve been reaching out and opening up—in no small part thanks to the expanded readership and contributors! All of us write because we feel there’s a story not being told elsewhere, except perhaps in the blogosphere and in the rivulets of social media torrents.

And we do it for free

The writers write for free, the editors edit for free, and the artists art-ate for free. Which is fine: I never expected any remuneration or gold star stickers for what little I do. But on the other hand I’m a bit unnerved by the expectations we put on those who volunteer in this province. Small town councils, fire departments, animal rescue/care groups, Aboriginal groups, those who provide church programs and other social care groups, bloggers, call-in show people, writers, and pretty much everyone you can think of who cares enough to put their necks out on the line feel (at one time or another) exposed and under-appreciated for what they do (and I’m still not talking about myself).

Or worse, those who participate sometimes get attacked because they’re not doing a good enough job, or because they make choices that people don’t agree with. Yet many of us don’t step up to the plate like we used to — so those who do, well…do. It’s a tough spot to be in, and I see it all over.

Either you let your cause, your group, your organization crumble, or you pour yourself in. You make plans to stick around for a while, and to lick your wounds because back-up isn’t coming. Perhaps it’s a symptom of having so many small towns, with such limited capacity. Perhaps it’s part of that hero-loving mentality we sometimes get sucked into. Or perhaps what we’re seeing is the slow death of our once vibrant and participatory communities.

There is often an expectation that someone should do something

But that list of someones is getting shorter (at least in Labrador communities) and it seems to be aging and is not being replaced by enough younger people. I realized at a young age that, hey, I’m ‘someone’ — so I should probably do something. We live in an age when we spend more time on social media than actually visiting people. An age where a cute or silly photo, or an inspirational quote, gets more social media ‘likes’, ‘shares’, ‘re-grams/tweets/pins’ than something of potentially serious importance or consequence (hey, I do really enjoy my silly pics and likes and shares too, so keep sharing the love!).

Perhaps there’s public fatigue (I know I get tired of constant engagement sometimes). Perhaps nobody wants to engage with me anymore on that stuff (although I actually do quite well with social media), but my Dipper, Conservative, Grit, Separatist, and all other striped (and non striped) friends seem to be experiencing the same withdrawal of engagement.

And I know this might be coming off sooky

I’m sorry, but far too many people who used to care a lot, seem to be giving up or disengaging, and that scares me. I have no issue with being in the minority position (or the majority). My number one concern in society is that those in society are engaged (lest those in positions of authority do whatever they fancy). At the very least we cannot be a true society unless we engage in conversations with each other and engage with governance — otherwise we simply become governed.

Those in power would like nothing more than a complacent public, and a complacent centralized media. The fewer sources of questions the easier it is for a government to manage (or ignore) them. Federal and provincial First Ministers have already demonstrated their willingness to stonewall specific media outlets in recent years.

I know some people dislike the voice I brought, or the approach, or the audacity (we call it ‘big-feelin’ in Labrador) of that voice, but 4,000-5,000 people a month read my columns on average. And I’d like to think that every now and then I brought something new to the discussion that had broader appeal. With the loss of TheIndependent.ca my voice won’t go away, but the platform will change and the tapestry in which my threads are woven will be lost.

So please, consider donating. Even a tiny amount.

I participate in a lot of crowd-sourced economic development worldwide, as well as fundraising here in Canada/Labrador/Newfoundland, and it’s truly a wonder to see a community come together and make a difference — to see them own the difference they want to see in the world.

If you can’t or won’t donate, then please consider a like or a share, or a message of support. Because, having reached this line in this particularly crusty column, I won’t assume that you don’t read or support TheIndependent.ca.

What we should know about B.C.’s carbon tax
If we're looking to BC for carbon tax ideas, we should consider that province's tax is revenue neutral and phased in over time 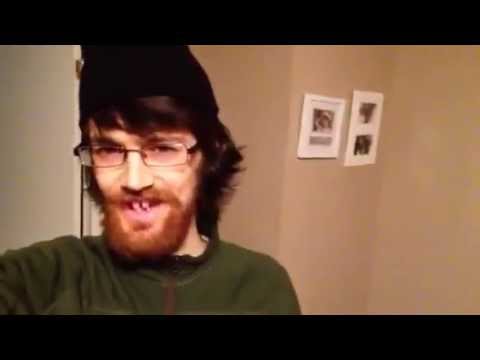