On Jan. 16 the Supreme Court of Canada decided it will hear an appeal (of an appeal) regarding a terminally ill patient’s right to end her pain. It all (recently) began (again) when the British Columbia Civil Liberties Association helped Gloria Taylor win an exemption to a ban on doctor-assisted suicide. She never got to exercise that right; she succumbed to Amyotrophic Lateral Sclerosis (ALS). Not long after, the British Columbia Court of Appeal overturned the exemption.

Of course some of you might remember the Sue Rodriguez case, where the right to die just barely lost out in a 5-4 Supreme Court decision in 1993. The Conservative government contends that the will of the Canadian public has been expressed on the subject in a House of Commons vote in 2010. And while I quite like our federal and provincial parliamentary democracy, it’s hardly reflective of the public will on every issue. I certainly don’t recall this being debated during any recent elections.

Two-thirds of us do, anyway. This has consistently been the case since the 1990s. It seems Canadians can sympathize with stories where people travel all the way to Europe to end their suffering. Now, you might say that’s just fine and dandy: if you want a service that’s not available or legal in your home province or country then you should go somewhere else as Danny did. Just like people used to have to go elsewhere to not have their unwanted babies.

Yes, oops, I accidentally dove into the murky, roiling waters of the abortion debate (which Canadians don’t want to re-open by the way). My point is: public opinion has changed, and so too have the laws – grudgingly – changed along with it. The reality is that, yes, these are some friggin’ tough conversations we as a society must have. We have to balance our collective values against protecting the right of an individual to avoid unnecessary suffering, pain, and hardship.

Not a Christian society

Right? Sure the majority of the population is Christian. And the legal framework of Canadian society is rooted in Judeo-Christian values, handed down to us by Canada’s colonial forebears. (Did you know that even the Canadian Charter of Rights and Freedoms starts with “supremacy of God”?)

But let me remind you that the most Christian of all the provinces also happens to be, historically, one of the strongest champions of social justice issues. While they occasionally fumble on political wedge issues, Quebec will be remembered for hosting and challenging Henry Morgentaler for providing medically safe abortions to women who would otherwise have to go underground to get them.

I believe in the sanctity of life

But I certainly don’t agree with religious values being imposed on me, especially as a born again heathen in a country where church/mosque/temple/sweat-lodge and state are supposed to be separate.

I believe when a (mentally competent) person is terminally ill, or suffering from a degenerative disease, they ought to be able to choose the timing of their departure from this world. Especially when the end is a foregone conclusion, as much as a guarantee of increased suffering.

Suicide hasn’t been illegal in Canada since 1972. Therefore an able-bodied person has the ability to end their own suffering if they so choose. Isn’t it therefore discrimination to make the same choice impossible for someone who isn’t physically able to do it for themselves? Assuming they both have mental clarity at the time of making their choice?

Ever hear of a DNR (‘do not resuscitate’ order)? How about these little things called Advance Medical Directives (look into it and do one, please)? While these don’t yet legally include termination of life, advance directives are legal documents that disallow certain life-saving treatments such as tube feeding, respiration, CPR, surgery, medications, antibiotics, and so on, from being administered.

What’s key is that they are drawn up while a person is of sound mind. Further, they direct medical staff to allow a patient to die under defined circumstances. If a patient does NOT have an advance directive, the patient’s care is usually determined by hospital policy or law, where the primary rule is most often the survival of the patient even if this goes against the family’s wishes. Often this situation can lead to legal challenges.

Furthermore, we already make end(ing)-of-life choices in palliative care facilities and in elder care regularly in his country. Every time we make that choice to start morphine for elderly and terminal patients we accelerate their death. Ask a nurse in a seniors’ home, or a cancer patient’s spouse. Look around at the court challenges involving efforts to ‘unplug’ people from the system every year.

Yes, there will be problems

In some cases families or individuals may feel pressure to end a life for the wrong reasons: cost savings, feeling like a burden to family/society, depression, giving up while there may still be medical hope, etc. Especially when baby boomers start really jamming up our hospitals and long term care facilities.

No system is perfect, but there are systems already in place to deal with the legal and ethical decisions that will be required of our health care system. How can we delay legislation? We can hardly blame people who want to die with dignity and on their own terms, without unnecessary pain, bodily function failures, confusion and fear.

If I saw a person impose the kind of suffering we force humans to endure onto their pet dog, I would be outraged.

Sooner or later, either the Province of Quebec or the Supreme Court are likely going to change the entire end-of-life framework in Canada. And it’s likely going to be very soon. Can we please start having this discussion in Newfoundland and Labrador?

Can we please be leaders on an important issue for once instead of being followers?

(And on this topic, check out the film “The Barbarian Invasions” – it comes with subtitles.)

In support of Labrador independence too
"Labrador has its own identity, independent of the island. I now fully understand and support the idea of two equal parts..." 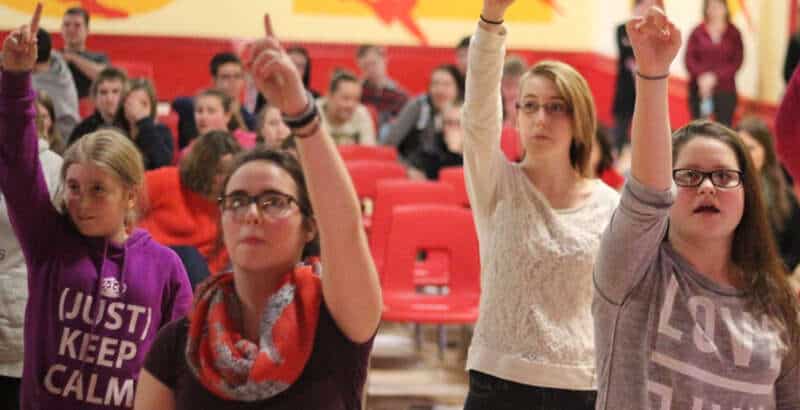 V-Day flash mob targets controversial Court closure
On Friday, as part of the global 'One Billion Rising' day of action, demonstrators in St. John's will call on the government to reinstate the…