Given the time of year and all the events that come along with it, I thought at first I would write about something seasonal for this week’s column. But last week I found myself a little preoccupied with a YouTube video, and so I’m going to step a little outside the usual scope of this column and talk about that instead.

I ignored the link the first few times I saw it posted. And when I finally clicked on it, I admittedly was prepared to dislike it, or at least to roll my eyes. Anyone who spends any time looking critically at popular culture and media and examining how women are portrayed is basically exhausted at this point. It seems a losing battle.

I watched it twice. Turns out, it’s kind of hilarious. I laughed, and then, a little confused, sat trying to parse my own reaction. Okay, so the video is satirizing what they are taking to be the speech of a very specific (white, middle-class, mid-twenties to mid-forties?) population of women. The sayings and verbal tics are the kind that verge on ditzy. The title features one of my pet peeves – referring to women as ‘girls.’ And I wasn’t offended.

This surprised me. I’m by no means without a sense of humour, but I am incredibly bored of the portrayal of women in most television and Hollywood film, not to mention advertising and mainstream media. Of the ghettoizing of what’s deemed ‘women’s content’ into pink and purple sections. And that constant, diminutive use of ‘girl.’ But this, it wasn’t prodding those sore spots. Why?

And then I realized. It’s the affection.  I showed it to a male friend and he watched it and shut the laptop and said to me, “Well, he loves women. That’s it.”

Like a large majority of the depictions of women we see in television and Hollywood film, due to the prevalence of men in directing and writing roles, the video gives us women seen through the eyes of men. Two gay men, to be specific: Graydon Sheppard and Kyle Humphrey. And while the sayings themselves might be the type that otherwise make women seem like shrieking, dramatic, apologetic ‘girls,’ somehow the video as a whole doesn’t.  I’m not annoyed by it. It’s so affectionate that I can’t hate it.

It’s over the top and exaggerated, but it’s a loving gaze, and it doesn’t seem to me that they think these silly verbal patterns are the sum total of the women they’re poking fun at. I don’t get the feeling they think women are ditzy and shallow, they’re just isolating certain speech patterns and having fun with them. I have heard some of these things come out of my own mouth, but I don’t worry that they undermine my own intelligence. In the full context of my speech, they don’t. I am capable of rigorous and critical thought at the same time as I have likely emitted some high pitched type noise upon seeing a friend for the first time in a while. And I would never want to curb the latter to prove the former.

I don’t feel that this kind of humour is nearly as dangerous as some media purportedly for women which has the underlying message that you will never be quite enough. And if being taken seriously means limiting ourselves to higher registers of speech at all times, I don’t see that as any victory at all. Shouldn’t we be allowed to be both silly and smart? I’d like to give people enough credit to think that they realize that we’re all complicated and our speech varies and reflects that. Women in real life just aren’t either/or.

I read some of the reactions printed in various newspapers and online, and for the most part, opinions are mixed.  There is a lot of asking what it means, this gathering of banalities (“Could you do me a huge favour?”), delivered with a hair flip and attributed to women across the board. It’s garnering this much analysis because it’s funny and people are wondering why. Others are less impressed.

This article on Slate argues that the video is actually more of a send-up of the way gay men interact with their straight women friends, or at the very least, that it’s not even trying to comment on real women. It’s over the top, definitely – ‘Twinsies!’ But there are other things that are just so warmly observed – ‘I had such a good sleep!’ ‘Could you pass me that blanket?’ And I can’t remember the last time I saw a shot of a woman curled up on the couch watching television and mowing down potato chips that was endearing and not meant to be depressing or shameful.

I don’t want to sound too grateful for a less-contemptuous male gaze. That’s not exactly what we’re all holding out for. But the video, apart from being funny, provokes an interesting discussion in a culture where I find that these kinds of conversations, about generalizations, about depictions of men and women in media, are often either entirely absent, or entirely confused.

Many of the representations of women I see are tinged with an underlying contempt and I overhear, all the time, in the guise of ‘just joking around,’ a derisive kind of mocking of women who dare at all to be comfortable with their abilities and ambitions, their sexualities and their desires. Much of the time it comes from men, which is frustrating, but I hear just as much slut-shaming from women. I don’t know much about Twitter, but I read this past weekend that the hash tag #ItAin’tRapeIf was trending worldwide. And last week, the National Post published that entirely bewildering rant against ‘fey’ men by Christie Blatchford. There’s a lot of confusion out there.

“Oh, I just love your accent”

The stereotyping of speech patterns is far from a new discussion here in the province. Working in the service industry during a Newfoundland summer means that you are going to be explaining your accent, its presence or lack thereof, several times daily. So I was also interested in my reaction to this video considering how much time we spend talking about our speech as Newfoundlanders and how it’s commonly represented.

The subject of dialect and accent comes up constantly here. “Where’s your accent?” “Oh, I just love your accent.” “I guess I don’t really have a Newfoundland accent, but just wait till I have a few drinks.” “Just wait until I’m over to Nan’s.”  Donnie Dumphy’s videos go viral. People are still talking about Codco. We’ve been making fun of our own speech patterns for years, but don’t do it the wrong way or we’ll be upset. Remember that car commercial that subtitled a man speaking in a (terrible) Newfoundland accent? And yet, I would guess that the large majority of people who downloaded the Whaddaya App are those from the province.

It’s no real revelation, I guess: that a joke made in affection is taken differently than one made derisively. And perhaps it will seem to some that I’ve overanalyzed a silly YouTube video. But the fact that this particular one has gone viral means it’s worth asking why we find it so funny. Do we just sense that loving gaze and laugh easily because of it? Do we feel that they ‘get it’? Is that what makes the difference between offending and entertaining? But it’s always a fine line, and a delicate balance. And of course, it’s often entirely subjective. Maybe I don’t find Shit Girls Say offensive because I’m confident enough in the intelligence of the women around me that I don’t suddenly doubt it if they ‘like are not even joking.’ I love all those layers, and I think the people behind these videos do too. 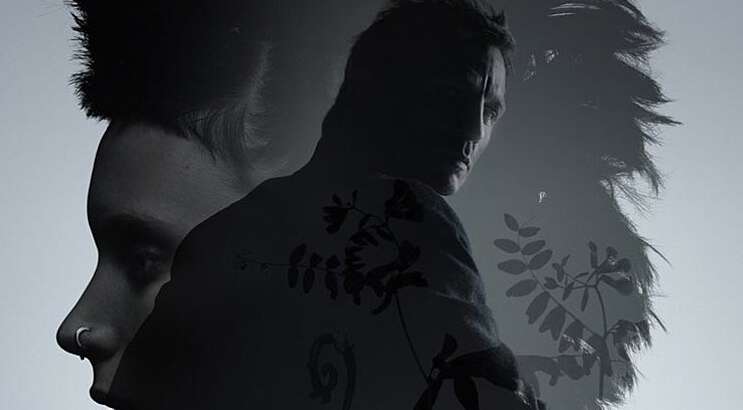 The Girl with the Dragon Tattoo
Good things can be overrated too. 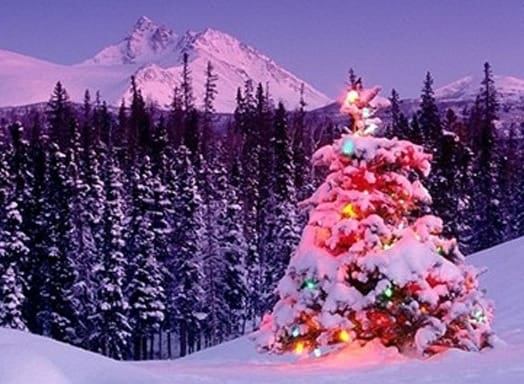 Christmas in the North
Our correspondent reflects on cold weather, interrupted flights, and malls that don't seem that bad after all