Here with winter unfolding and the solstice just behind us, how pleasant it is to recall the wonders of spring as I first rediscovered them several months ago, when summer lay before me like a promise of health and new beginnings. I’d recently moved back to Newfoundland after four years living in Ontario. While on the mainland I had dearly missed my old stomping grounds. So it was with great expectation that one Saturday in early June I made my way by bus and by taxi from St. John’s to Maddox Cove. My plan for the day: to walk 26 kilometres via the East Coast Trail back to St. John’s. Metrobus brought me from Lemarchant Road to the intersection of Petty Harbour Road and the old Southern Shore Highway in the Goulds. A pleasant Newfound Cab ride from there to Maddox Cove ensued – during which the driver and I, no doubt inspired by the sap of spring, extolled the virtues of drying laundry outdoors on a clothesline. Then, at last, I found myself at trailhead.

It was early afternoon. Down around Maddox Cove it was as if summer had already arrived. Owing to a northeasterly wind, the weather in town had been overcast, cool, a half-hearted spring day. But at Maddox Cove, in the lee of the land, the sun was shining bright and warm. I removed a couple of layers, doing the sun’s will willingly. The air was fragrant with new growth. New leaves and needles sprouted on every tree and shrub, offering so many hues of newly-sprung spring-green. The year’s first flowers were in bloom as well: the dark pink flowers of lambkill with their large droopy petals and long stamens; the little bell-shaped blueberry flowers, glad to feel the kisses of bumblebees and wasps. I laughed in anticipation of picking blueberries again for the first time in four years.

The year’s first flowers were in bloom as well: the dark pink flowers of lambkill with their large droopy petals…little bell-shaped blueberry flowers, glad to feel the kisses of bumblebees and wasps.

After a short distance along the trail I came to a slope strewn with large boulders. The path went up, over, and around them. There was a swollen stream flowing over the boulders and at one place it tumbled down over them in such a way that it splashed out in wild and prodigious fashion. I put my face and head into the path of the splashing water. It was clean and cold and reminded me of what I’d been missing.

Soon thereafter the trail broke out onto the expanse of barren land near North Head and Lady Point. Here I went off the main trail for a spell. I climbed North Head to a raw place of erratic boulders and slanted slabs of rock to find a sunny place to sit. Below me the slabs lay exposed, the growth of shrubs and lichens made impossible by the ocean’s egress. Water crashed, boiled, and churned there at the fringe. White foam seemed to hiss. Brown-green seaweed reached from beneath the foam, waving in long, thick strands toward deeper water. Beyond the seaweed the sloping slab was again visible, now submerged and turquoise. The water looked enticingly icy after my walk in the sun. The slanting rock receded into the depths and faded from view, giving way to the rippling and sparkling expanse of deep blue ocean.

Below me the slabs lay exposed, the growth of shrubs and lichens made impossible by the ocean’s egress.

For a time I was transfixed by the colours in motion there at the water’s edge. Then I lay down, dozed a little, dreamt a lofty view of ocean, birds, fog… Some time later, opening my eyes, I glimpsed above me a barely visible white vapour blowing in from the north. Standing, I saw that it was the remnant of fog, which that day was thick on Cape Spear and in all the bays and coves between the Cape and St. John’s. So I walked north, leaving behind the summery clime of Maddox Cove to enter a region of coast where the northeast wind had free reign off the sea.

I ate a quick, cold lunch at Cape Spear, near the old cannons, not far from the splashing surf. I was surprised to hear the sound of the foghorn reverberating and echoing in the fog. It was as if I could hear the tone’s progress as it moved into the distance through the dense grey atmosphere. An image came to me of a vast expanse of ocean veiled by fog, the sound travelling on and on and dissipating finally into nothingness. One gannet flew towards Blackhead.

When I had almost arrived at the community of Blackhead, I found a spring of water flowing from under some large boulders at the side of the trail. The water formed a perfectly clear pool next to the boulders. I drank from it the best drink I’d had all day. A little further on, the spring squeezed out from under some rocks such that it actually spurted and gushed. Arriving in Blackhead I was greeted by the earthy smell of horse-manure. Waves crashed on a beach of smooth stones and driftwood. I wanted to build a fire, but the day was quickly waning.

The cliffs between Blackhead and Freshwater Bay were engulfed in fog. Standing at their edges, the fog was thin enough that I could see a shrouded image of waves and serrated granite two hundred feet below. The beautiful-sublime spectacle attracted me in a fearsome way. I felt the downward draft of gravity and imagined myself pulled onto the heaving white foam and jagged black rocks – a smear of red and flesh.

Waves crashed on a beach of smooth stones and driftwood…

Farther along I met a strange bird. It reminded me of a small pigeon, but it was lighter in colour, with a patch of yellow on its head. It was perched five feet above me and seemed not to mind my being so close. Over and over it kept rubbing both sides of its beak on the limbs it perched on, as if sharpening it. It made quiet little sounds, as if whispering.

On the south side of Freshwater Bay I found another refreshing draught, this time from a stream rather than a spring. It formed a pool at the height of my chin, so that I could stand upright and drink all I wanted. An earthworm, stretched on a rock at the bottom of the pool as if taking a bath, seemed to recommend the water. I took his presence as a favourable omen.

After crossing the barachois at Freshwater Bay I climbed up the steep path to the South Side Hills. From there I took the old trail to Shea Heights on the northeast side of Duck Pond. White blossoms on the bushes reminded me of my brush with summer at Maddox Cove. The sun was indeed rising out of sleep, the earth and I out of gloomy slumber. After so long an abeyance, life was returning. 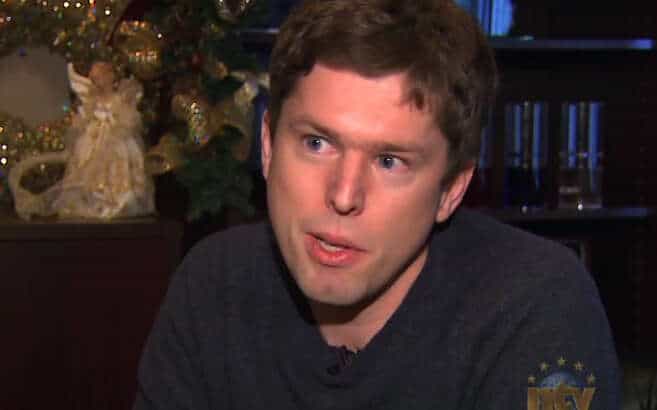 “Why I believe in progressive taxation”
The debate continues...