On the morning of the second day of my walk from Salmonier to Cape Broyle I crawled outside my tent just in time to see the sun peeping over the northeast shore of Bloody Pond. By then the wind had entirely subsided. There was a cloudless sky, and an impossibly white morning moon fixed brilliantly in the dark night-shade blue – almost purple – of the western sky: a sky still somewhere between night and day.

I breakfasted on oatmeal with fresh blueberries while sitting on a rock between two pismire nests. The shoreline opposite was barren and strewn with large boulders. In the distance, Drop Ridge rose above the far eastern shore of the pond. I wondered if I should go there or instead take the shorter route along the south shore of Bloody Pond. I decided finally to take the north shore, both to visit Drop Ridge as well as to glimpse the river that flows north from Bloody Pond into the Salmonier waters. Taking this route would mean a long day of walking to reach my projected camping place at Fly Pond by nightfall.

By late morning I was walking again. Pretty soon I came to the river. It was a stream of the cleanest, clearest water one could ever hope for, studded with grey and orange-hued rocks. I prostrated myself before it and slaked my thirst. Two small boats with outboard motors were hauled up on the shore nearby, no one in sight. I hadn’t expected to find signs of others here on the secluded side of the pond, but Bloody Pond is one of the ponds in the reserve where boats with motors (6 horsepower or less) are allowed.


Moving along the north side of the pond I encountered patches of dense woods. These would have presented considerable difficulties if there hadn’t been some very fine moose and caribou trails running through them. Some of these trails were so well worn that they could easily be mistaken for trails cut and maintained for human use. One of the trails led me up a slope, at the top of which was a beautiful wind-ravaged grove. Immediately upon entering the grove I was greeted by a flock of seven or eight black-capped chickadees. They were curious and gathered in the limbs above my head, some coming to the lowermost branches to have a good look at me. I stopped for several minutes to enjoy their friendly chirping and sparky little glances.

A good many trees had fallen in this grove, creating a large clearing strewn with rotting trunks. In the mottled sunlight at the edge of the clearing there was the perfect mixture of warm sun and cool, breezy shade. The ground was covered with moss and mint-berry vines. There I found a sunny log on which to sit and have lunch, the chickadees still hovering nearby. It was a little early for lunch, but I decided to stay and eat anyway. I was enchanted. This was a grove that deserved to be savoured.

After lunch I broke out onto the barrens again and ascended up Drop Ridge, scaring up two partridge on the way. One of them made that anxious chuckling sound that one often hears from partridge and which always makes me chuckle. I imitated it for fun and almost immediately stepped into a knee-deep hole in the ground, which sent me falling. Instant karma for my laughing at the partridge’s expense.

The view from the ridge was expansive in all directions. Hills, ponds, and barrens stretched off for many miles: to the south Bread and Cheese Hill and the Butterpots near Fermeuse; to the northwest Chisel Hill; and directly north the rocky tolts around Cape Pond. Some of the large reservoirs of the reserve were visible also – Cape Pond, Mount Carmel Pond, and Frank’s Pond – their broad clay-brown shorelines, an effect of irregular and unnatural shifts in water level, clearly marking them as artificial bodies of water. Bloody Pond’s shoreline bears no such blemish, it being a natural body of water.


I saw my only moose of the journey on Drop Ridge: a cow. She stood upwind from me like a statue for several minutes, watching me intently. Then she moved downwind where she could smell me and quickly trotted off.

It was mid-afternoon by the time I started to descend Drop Ridge. I walked north towards Frank’s Pond where I would find the termination of Frank’s Pond Road, a rude dirt road constructed by Newfoundland Light and Power in the 1950s, before the establishment of the reserve. It was made for the purpose of servicing the hydro-electric infrastructure in the Frank’s Pond area. The public is also permitted to use it to gain access to the reserve.

Before coming to the road I came to the canal that sends water from Frank’s Pond to the Cape Pond reservoir via the aptly named Middle Pond. The canal resembles a large ditch, its waters deep, clear, and fast-moving. The stone and earthwork dam that constitutes its left bank rose well above the adjacent woods and marshes and, conveniently, had an old overgrown footpath along its top. Walking along this path I discovered an old rusty iron object, like a large door from a piece of heavy machinery. I lifted it and found the biggest nest of red pismires I have ever seen. They were teeming at the disturbance. I was a little shocked and let the thing drop. I took one more peek at the angry swarm, then moved on.


The footpath ultimately led me to the footbridge over the canal at the end of Frank’s Pond Road. Just before reaching the bridge I espied from atop the dam the two boats returning from the north end of Bloody Pond, finding port in a cove at the pond’s southwest end. Three vehicles were parked at the end of the road and some tents were set up in a nearby clearing: Labour Day weekend campers. A flock of curious and friendly grey jays paid me a visit as I ate a lunch with fresh blueberries by the footbridge.

My off-trail walking was finished for the time being. For the rest of the day I would walk the length of Frank’s Pond Road as far as Horse Chops Road, another access road built by Newfoundland Light and Power, then walk north as far as Fly Pond to camp for the night. It was already four o’clock and I still had 12 kilometres of walking ahead of me for the day, which meant I would make camp just before dark.

Frank’s Pond Road stays mostly to the high and dry ground, avoiding low marshy places. Nonetheless, at places there were great pools of water on the road that forced me into the bushes to find drier passage. At the side of the road, not far from the footbridge, I came upon a hunting camp with a couple of wooden tables, two makeshift outhouses, and places for hanging quarters of slaughtered moose or caribou. I first discovered this camp about five years ago. Back then it was in better shape and seemed to have been recently used. Now it looks as though it hasn’t been used for several years. Non-temporary structures such as these are not permitted in the Avalon reserve.

The most beautiful section of Frank’s Pond Road is where it follows closely the shoreline of Saunders Pond. All along this stretch of road is a gorgeous pebble beach, the stones worn smooth by time and weather, in places gathered into crests and troughs by the wave action. Blackberry bushes grow near the water’s edge. I picked all the ripe ones I could find. This pond, although its waters do eventually find their way into the Cape Pond reservoir, is not subject to unnatural shifts in water level and has not been flooded for the purpose of hydro-electric generation. It remains a natural pond. Thankfully so. If it were a reservoir this lovely pebble beach, which has taken millennia to attain its current exquisite state, would have been flooded and destroyed. One can only guess how many such places have been submerged as a consequence of hydro-electric developments.


I was tempted to make camp at this beach, but I was even more intent on making Fly Pond by nightfall. I marched on. The sun was setting quickly now and the air getting cooler. Reaching Horse Chops Road I saw ten or so geese flying in formation, shifting their abode for the night. The sound of rushing water rose from the dusk-shrouded valley below.

Finally I reached the north end of Fly Pond where a canal drains toward Southwest and Mount Carmel Ponds. By this time the sun had already set behind Peter Swain’s Ridge. I could see a tent and truck on the other side of the canal, but also a fresh pile of wood and an old truck tire next to the fire pit on my side. I surmised with apprehension that the campers across the way were planning to have a dirty old tire fire.

I quickly got to work in the fading light, keen to install myself and eat supper before it became pitch black. By the time I finished supper it was dark with a plump orange moon rising in the east. The campers across the way, a husband and wife from Tors Cove, returned from trouting and informed me of their intention to have a fire on my side.

I told them I was fine with a wood fire, but not so keen on burning the tire. Thankfully, the husband agreed to a wood-only fire. It was a cool, clear night, so the fire was a welcome addition. They shared some beer and hot dogs with me, which I very much enjoyed. I saw the fire die out just after one o’clock and crawled into my tent.

The final installment of ‘Salmonier to Cape Broyle’ will run Monday, Oct. 15. 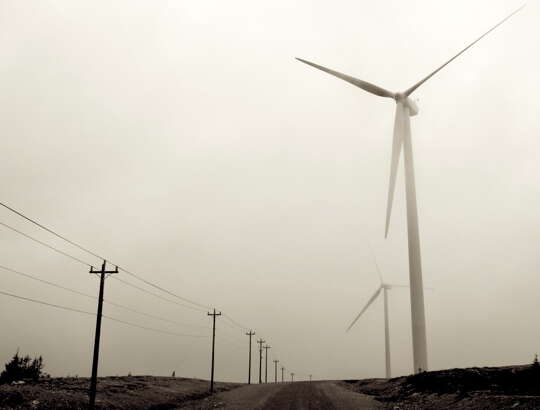 A better economy, a better environment
Upcoming conference to focus on the green economy

NL communities mark World Food Day
Six communities in Labrador and Newfoundland will celebrate the annual global day of action and awareness between Oct. 16 and Oct. 23.